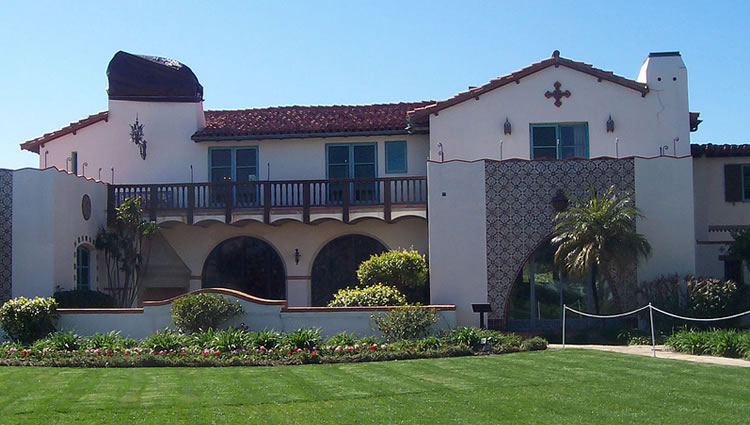 Adamson House Museum ranks among some of the most magnificent homes in California—a mini Hearst Castle, Los Angeles style on Malibu Beach. One of the first quintessential Californian style houses, this quasi-mansion was originally constructed for the Rindge–Adamson family, who owned and operated the well-known Malibu Potteries.

The home is located on a sandy lagoon that sits adjacent to Surfrider Beach, and Malibu Lagoon, as well as the Malibu bird sanctuary. 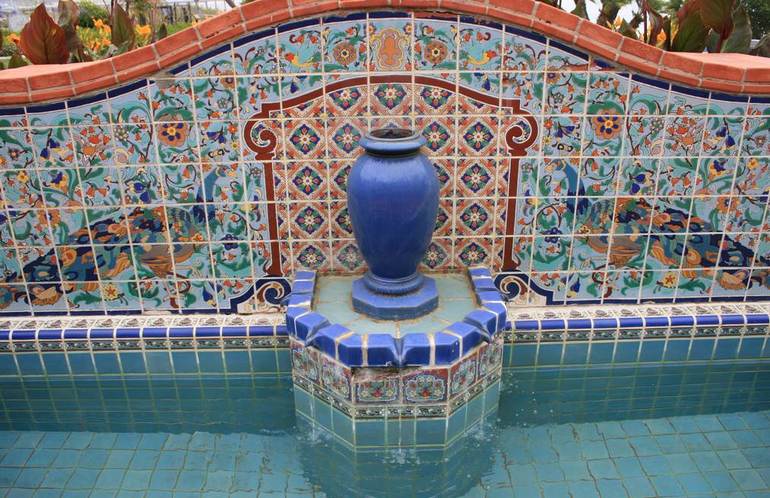 The property was the last to be part of the Malibu Spanish grant and contains excellent examples of early California tile, giving guests a sense of the period when all the Spanish revival homes were being built in and around the area.

This architectural marvel is covered in thousands of ornate tiles and is perfectly situated on two acres of prime Southern California real estate. 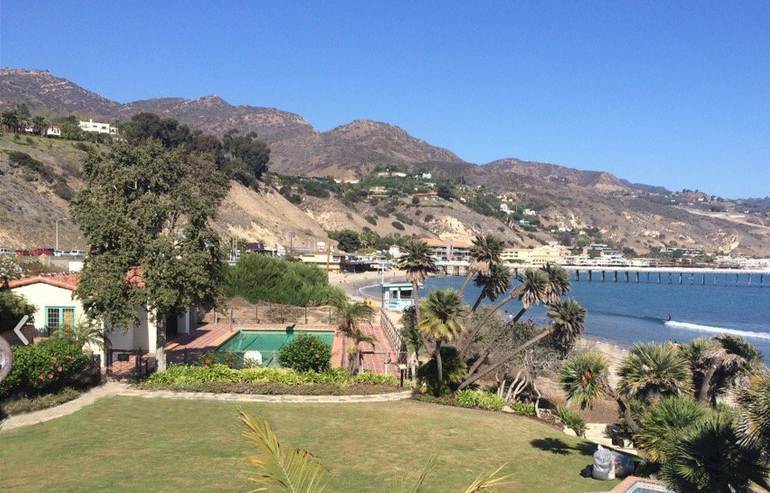 Flagstone pathways weave their way through beautiful landscape adorned with well-manicured trees, native shrubs, and flowers of just about every variety and hue.

There are several sparkling fountains on the property, and a pool with adjoining bathhouse, all decorated with magnificent Malibu tile. It’s a great place to bring a blanket, picnic and soak in nature. 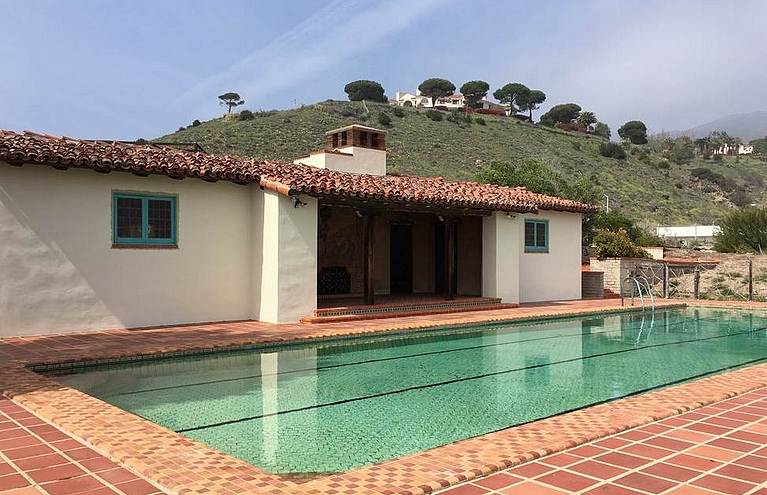 In order to see the interior of the home, there is a half-hour-long, docent-led tour that gives visitors some California social history, art history as well as an account of the property itself.

It’s well worth it, as even from inside, the views are breathtaking, all designed to provide spectacular views of the Pacific Ocean from more one wall in almost every room. 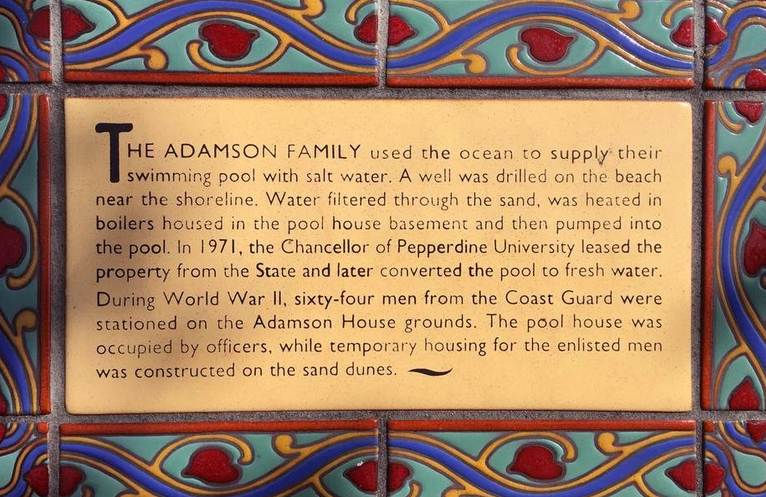 While roaming the interior of the house, don’t forget to look for common household items made entirely from tile, the most famous being the Persian rug and the kitchen clock.

So much attention to detail in every area of the property from ceiling to baseboards has been taken, as the original owners, the Adamson’s and the Rindge families really outdid themselves when it came to decorating their home. There is even a fancy dog’s bath, yes, covered in Malibu tile.

Also on the property is the Malibu Lagoon Museum adjacent to the Adamson House.

The museum contains a collection of artifacts, rare photographs, and documents depicting the colorful history of Malibu, and takes visitors on a journey from the early Chumash Indian era through the Spanish California culture. 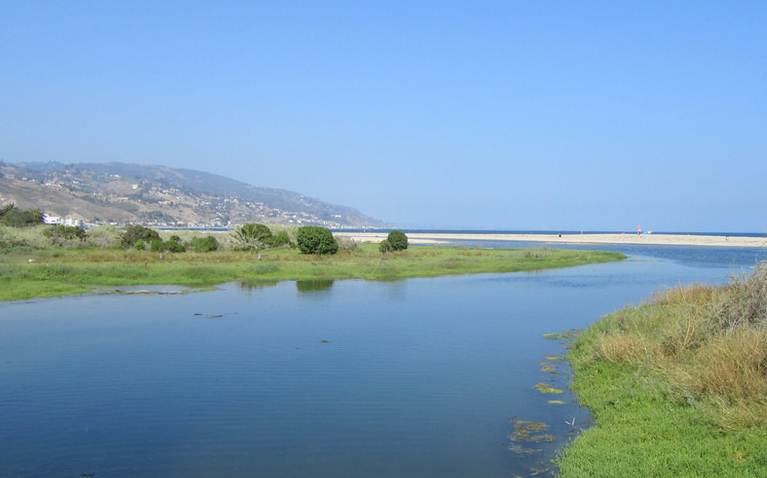 The Adamson House itself has a refreshing uniqueness about it and doesn’t’ feel like some of the other stuffier historic homes one might tour in other places.

It definitely has that typical laid back southern California feel to it, transporting guests back to a time before Malibu became a trendy spot for celebrities and the rich and famous. 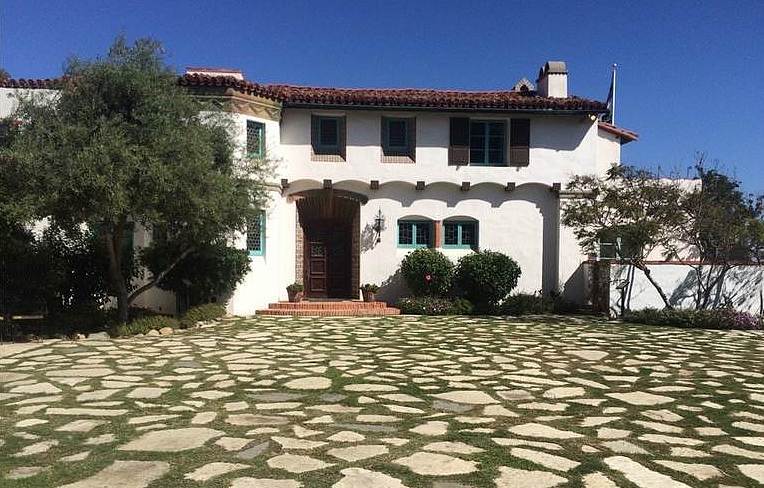 Getting to Adamson House

Both the house and the museum are open from Wednesday through Saturday, 11:00 am to 3:00 pm. Admission to the museum is free. There’s also a unique little gift shop where you can purchase some reproduction Malibu tiles because after walking around for a couple of hours, you will want to redecorate your own humble abode.

Taking photos or video inside of the building is off-limits, but there are plenty of opportunities to take pictures of the exterior of the house, the gardens, and also pictures of the Malibu Lagoon and Surfrider beach, too.

Things To Do In Malibu Beach