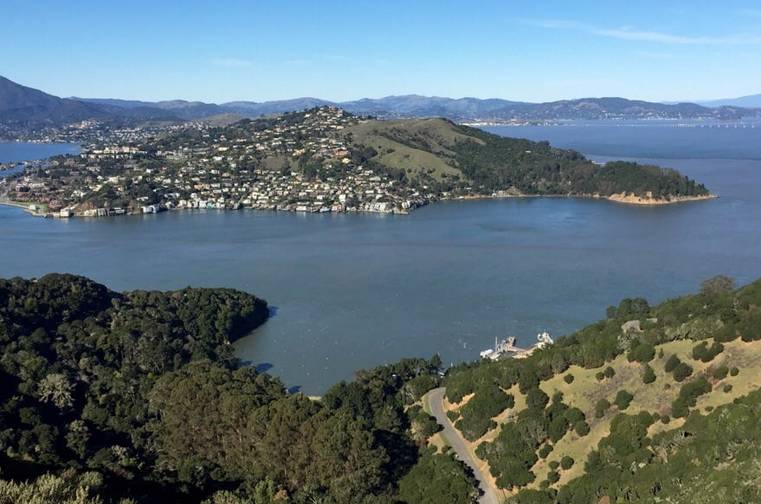 If you want to see the San Francisco Bay from a unique perspective, one of the best ways is via sea level at Angel Island State Park. Rising out of the water between Marin and San Francisco counties, Angel Island has served many purposes including a military base, and a prisoner-of-war detention center, and even a Nike missile site well into the 1960s.

After the federal government deserted the island in the late 40s, the island became part of the state park system, and following years of renovations, the coastal live oak woods, and lush green hills are once again pristine and available for the general public to visit and enjoy. 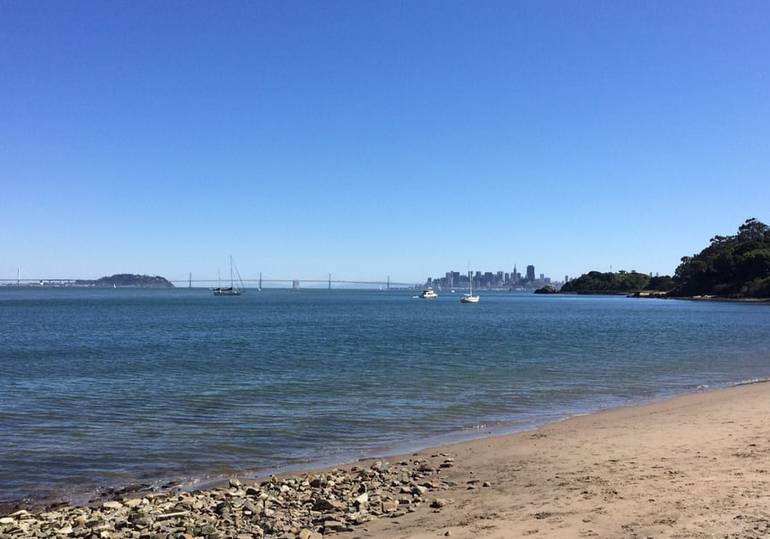 As you approach the island by ferry — the only way to get to Angel Island State Park without your sailboat–the island appears small. But don’t let looks deceive you, as it is a roomy 740 acres and boasts 13 miles of hiking trails and eight miles of paved road.

The ferry drops you at Ayala Cove, where visitors will have to hike up the main road to get to access all the island has to offer. 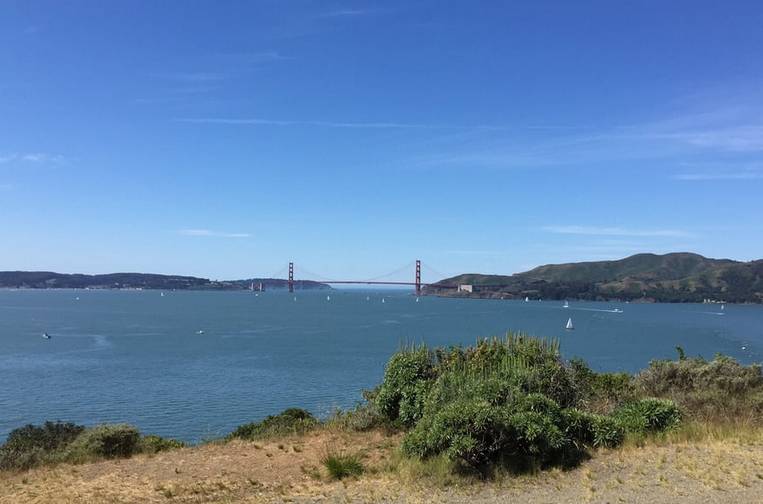 The centerpiece of the park is Mount Livermore, with its cool Pacific Ocean breezes and 360-degrees of panoramic views of the lands surrounding the San Francisco Bay.

The summit has been restored to its original elevation by returning acres of dirt pushed off at one time by the US Military. 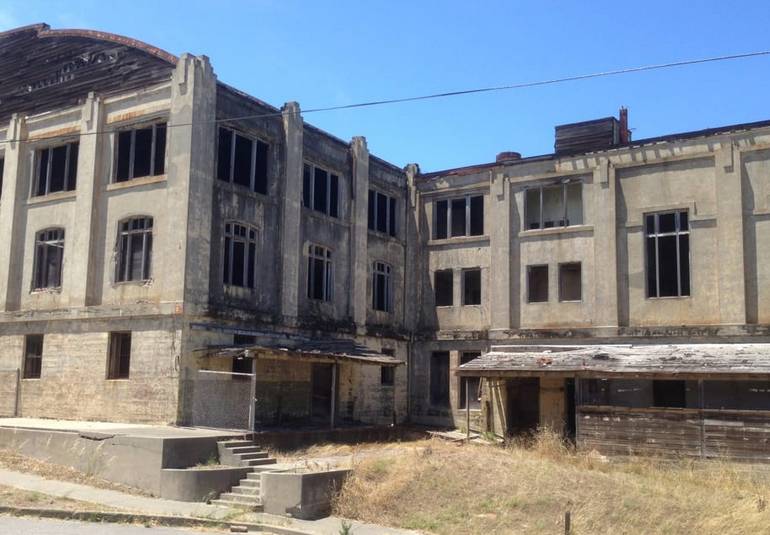 Getting to the top of Mount Livermore is one of two main hikes on Angel Island, and is essentially a loop, consisting of the Northridge and Sunset trails, with a short out-and-back spur to the summit. The other trail is a nearly level, moderate-skill, a five-mile circuit around the island via a paved and in some sections, unpaved fire road. 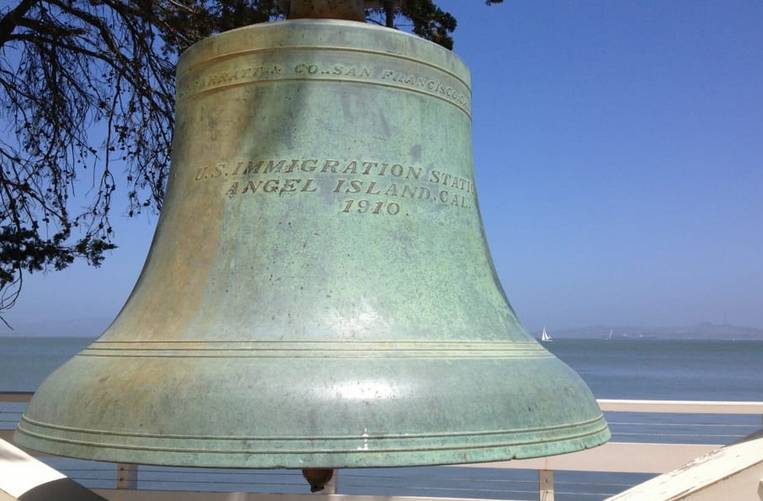 If hiking is not your thing, one-hour tram tours that include an audio program with information on the history of the island, and bike rentals are available seasonally, as well as Segway tours offered by The Angel Island Company.

The trails on the island can get busy in the summer months, with winters being the quietest, and spring being the most picturesque when the wildflower displays are stunning. 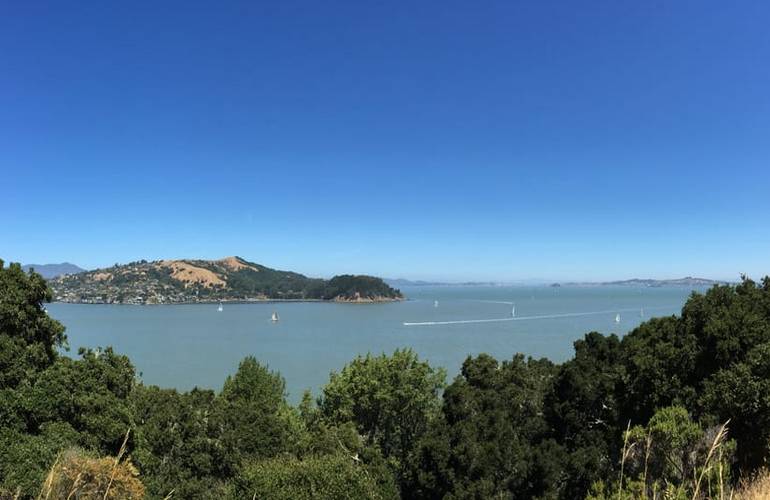 A nice addition to the island is the Cove Cafe Deli, where visitors can now enjoy a barbecued oyster bar and outdoor cantina, Thursday through Monday between March and early November.

Finally, be sure to check the weather forecast before you go, as if the Bay is likely to be fogged in, there won’t be much to see. Though fog often burns off in the early afternoon.

Whether looking for a quick day trip, or an overnight camping experience close to the urban sprawl of the City by the Bay, Angel Island is sure to satisfy. 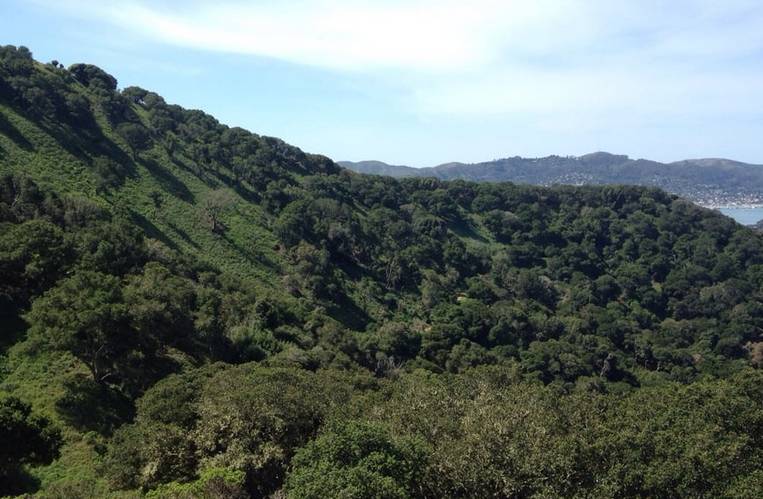 Visitors often discover that there is too much to see, do, and enjoy once on Angel Island. So one way to ensure you don’t run out of time to explore is to plan and extend your visit with an overnight stay in 1-of-9 primitive campsites. But be aware, you’ll have to haul your gear about two miles from the ferry to your campsite.

The East Bay Sites are generally protected from the wind. The more exposed Ridge Sites offer views of the Golden Gate Bridge and San Francisco. Campers must carry their equipment up to two miles and bring camp stoves or charcoal, as no wood fires are allowed on the island. 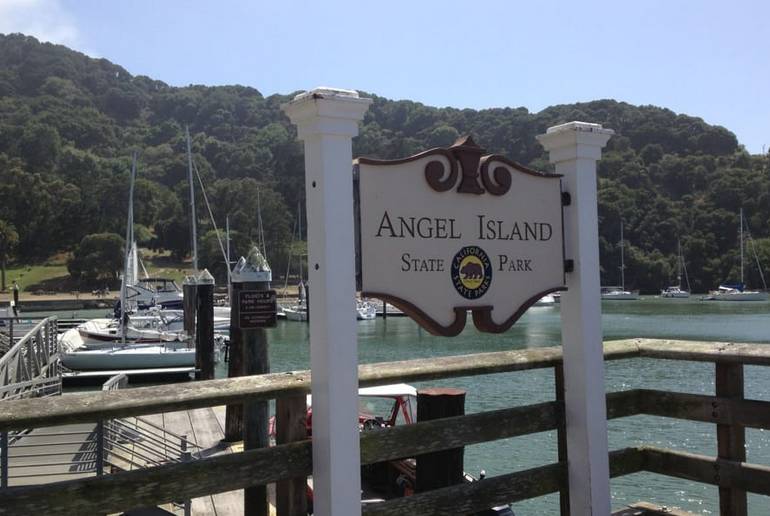 Getting to Angel Island

Angel Island is open 8 a.m. to sunset year-round. You can take a ferry to Angel Island from Tiburon or downtown San Francisco Pier 39.