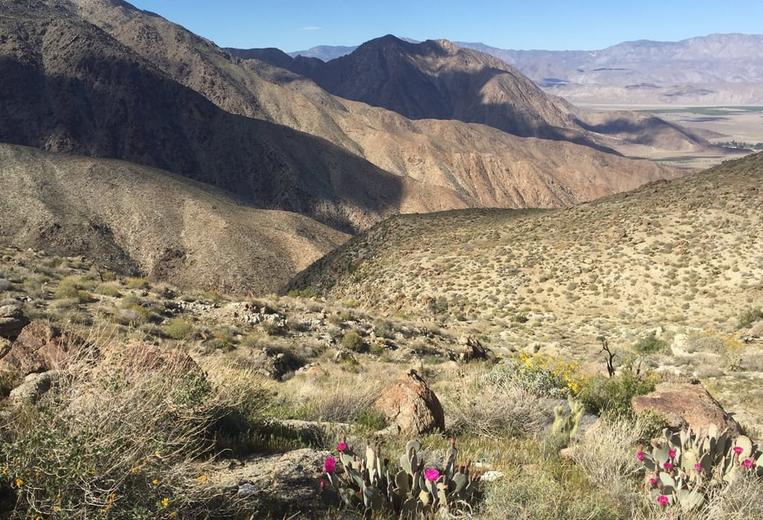 It is tucked into the southeastern corner of California, bound by the rugged mountain of the Santa Rosas in the north, the Jacumba Mountains on the South, and the Vallecito and Pinyon Mountains on the west. To the east, the Borrego Mountains taper into the Carrizo Badlands before falling away into the Salton Sea Trough. 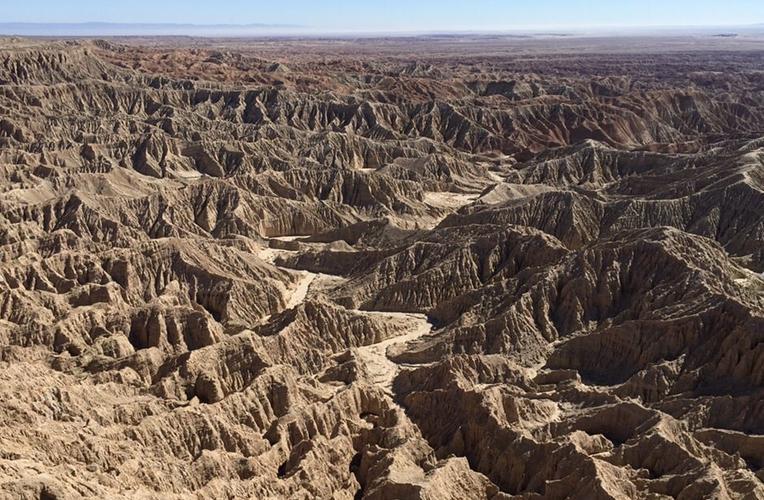 The Park is named after Spanish explorer Juan Bautista de Anza, who entered the area over 200 years ago, and from the Spanish word Borrego meaning Bighorn sheep. In 1928, the first plans for the Anza-Borrego Desert State Park were submitted.

By 1933, the first lands for use were acquired, and the first visitor center was constructed at the Palm Canyon campground in 1949. The mountain ranges were originally home to The Native Americans of the Cahuilla and Kumeyaay Indian tribes. 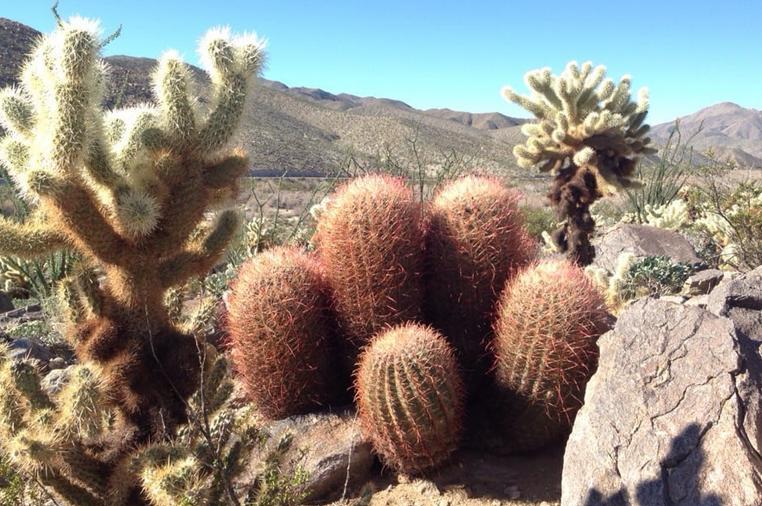 Anza-Borrego Desert State Park eroded badlands provide a different view into the region’s tropical past. The inland of southeastern California was not always a desert. Fossils found include preserved plants, a variety of invertebrate shells, animal tracks and a vast array of bones and teeth.

If you tour by car, many highways cross the park and require no fee. California Route 78 runs east to west through the middle of the park while County Routes S1, S2, S3, and S22 link the various sections of the park. 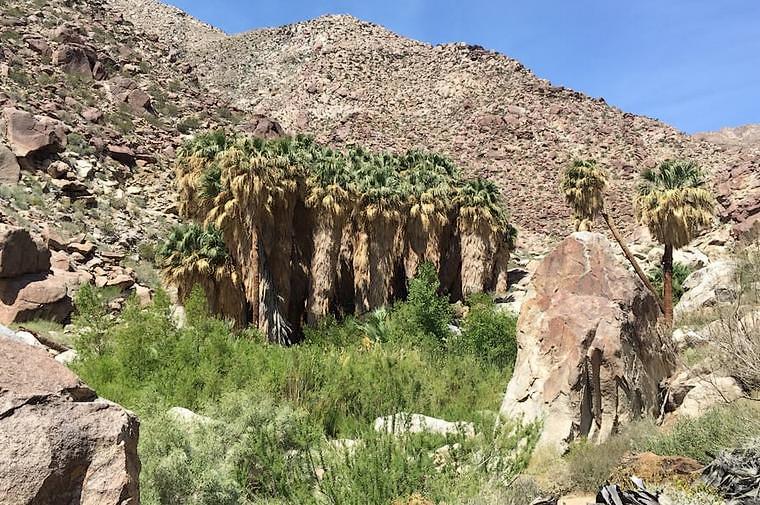 Anza-Borrego Desert State Park accounts for 1/5th of San Diego County’s land, so if you choose to explore deeper there are over 500 miles of roads. You can find routes up rocky climbs, or through deep sand; some are paved but most require an off-road vehicle or 4×4.

Biking is a great way to explore the park, with miles of highway to travel and many trails to explore. Backpacking in the region is quite common; The Pacific Crest Trail provides 50 miles of hiking with plenty of opportunities to set up camp. Altogether, over 110 miles of hiking trails are available. 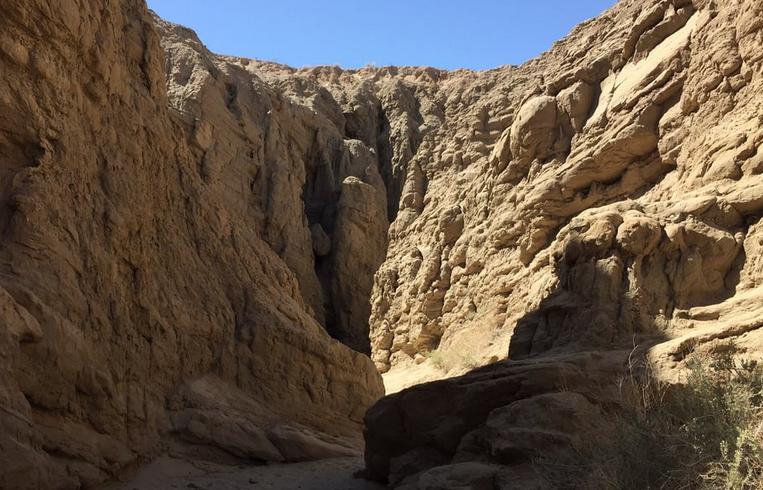 The Vern Whitaker Horse Camp provides a camping location for those who decide to try the park on horseback. Many trails are set up for horses. Coyote Canyon is a great spot for nature observation. Spanning 18 miles, the canyon reaches nearly 4,000 feet to the north, with heavy rainfall.

The floor of the canyon is dry with virtually no rainfall, as is a common home for wildlife because of a year-round running stream. 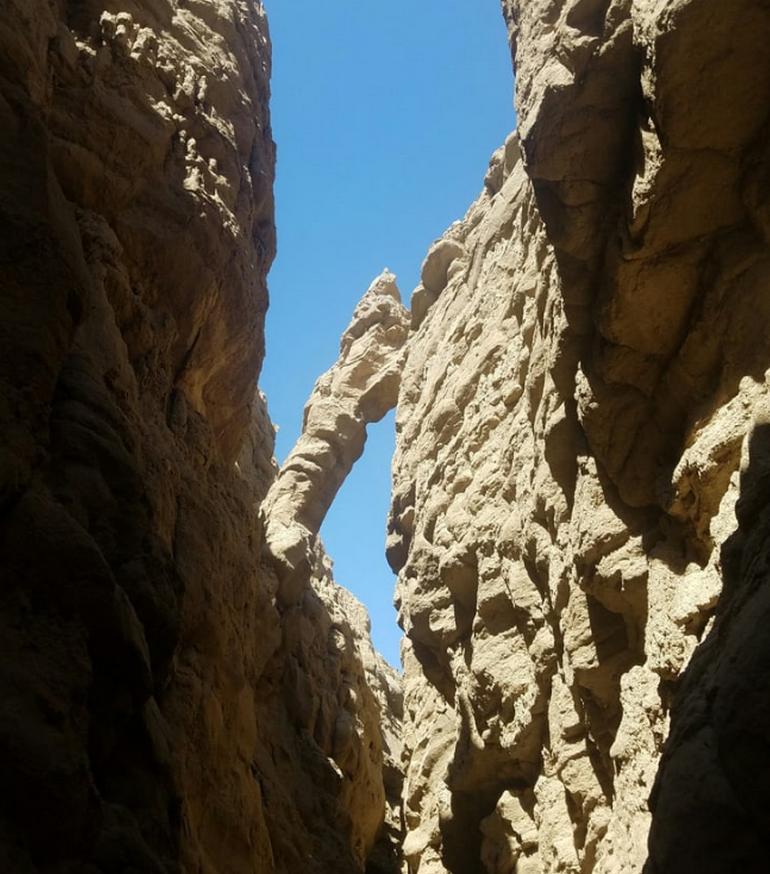 You may get to see a roadrunner, golden eagle, kit fox, mule deer, and bighorn sheep as well as iguanas. The red diamond rattlesnake is in the area, so please be cautious as you explore.

Coyote Canyon is a great spot for nature observation. Spanning 18 miles, the canyon reaches nearly 4,000 feet to the north, with heavy rainfall.

The floor of the canyon is dry with virtually no rainfall, as is a common home for wildlife because of a year-round running stream. You may get to see a roadrunner, golden eagle, kit fox, mule deer, and bighorn sheep as well as iguanas. 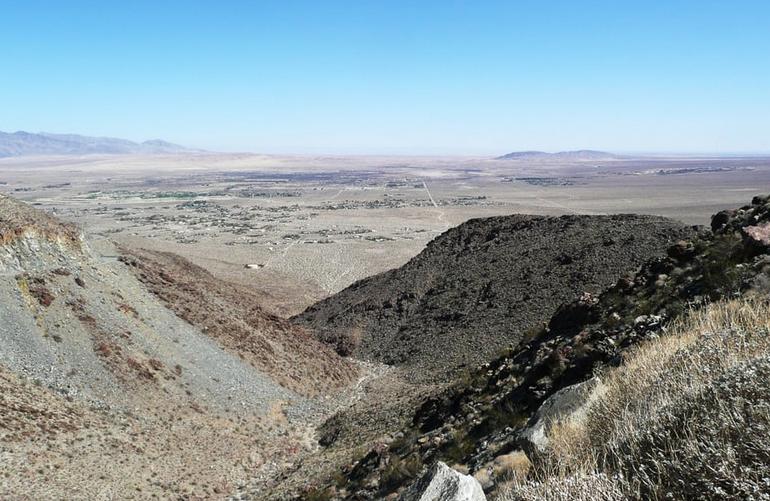 In many parts of the Santa Rosa Mountains, you may see ancient trails crossing the mesas. These trails contain rock piles, called Cairns, which represent shrines where native peoples would toss a rock to thank their spirits for a safe journey.

Rock art can be seen throughout the park. In the northern parts of the park, petroglyphs are predominant; designs and symbols can be seen etched into the boulders and rock faces. 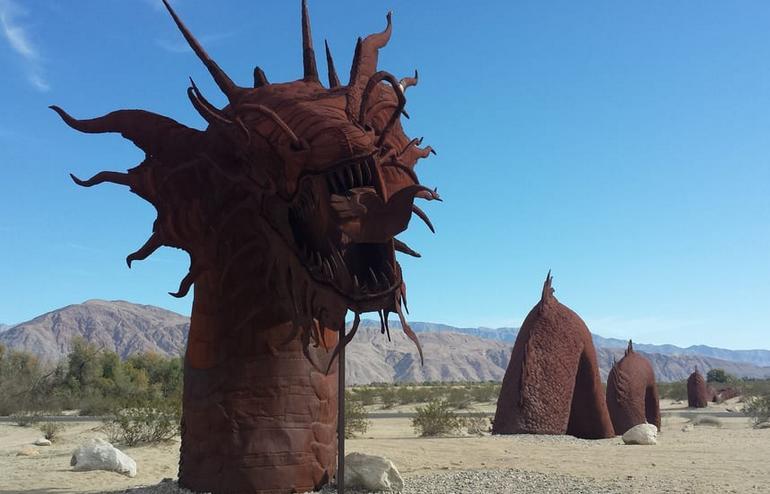 In the southern area of Anza-Borrego Desert State Park, pictographs are more common; pictures painted or drawn on the rock walls. Both Mine Canyon and Blair Canyon are sites of rock art examples, as well as left behind artifacts. While they are a fascinating example of primitive life, please avoid the urge to take souvenirs.

Wildflowers usually start blooming in late February or early March, with varieties of cactus blooms growing. The blossoms range in colors from red to yellow and green. Each season the blooms change due to the temperature and rainfall throughout the year. 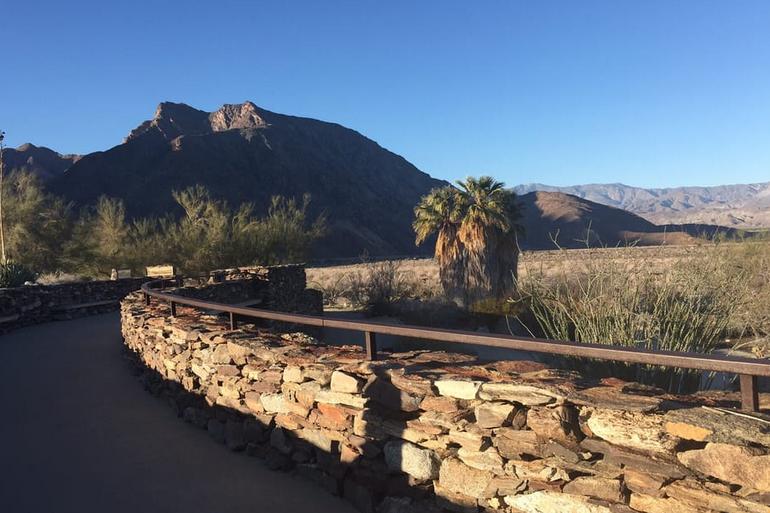 The Desert Garden outside the Visitor Center building provides a look at some of the vegetation in the area and includes a pupfish pond. There’s a second pupfish pond near the picnic area just past the Borrego Palm Canyon Campground.

Inside the center are informative exhibits and a free 16-slide program with music and narration. Maps and listening devices for the hearing impaired are available and WiFi access is available within 150 feet of the center should you need this modern convenience. 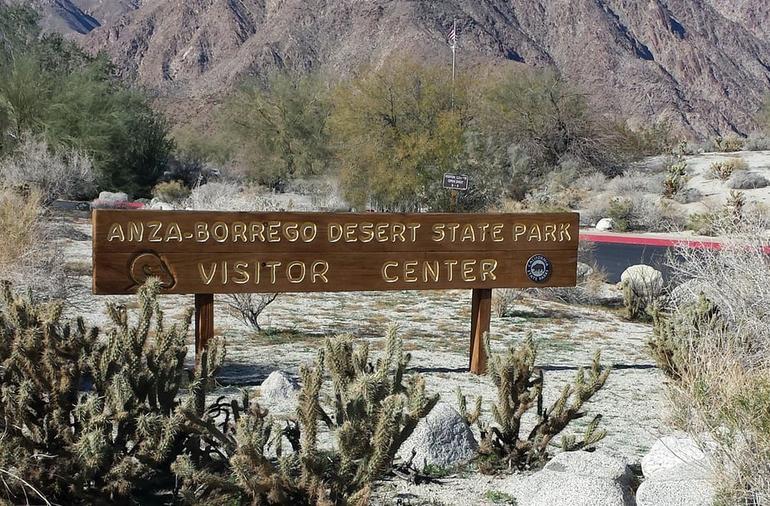 Anza-Borrego Desert State Park Visitor Center is open five days a week, Thursday – Monday from 9:00 a.m. to 5:00 p.m. during the year. Summer hours for the visitor center are weekends and holidays only from 9:00 a.m. to 5:00 p.m. The Park is located on the eastern side of San Diego County, with parts extending east into Imperial County and north into Riverside County.

There is no lodging in the park, so plan on camping, or arrive early enough to make a long day of exploring your next desert adventure.

Joshua Tree National Park Things To Do and See