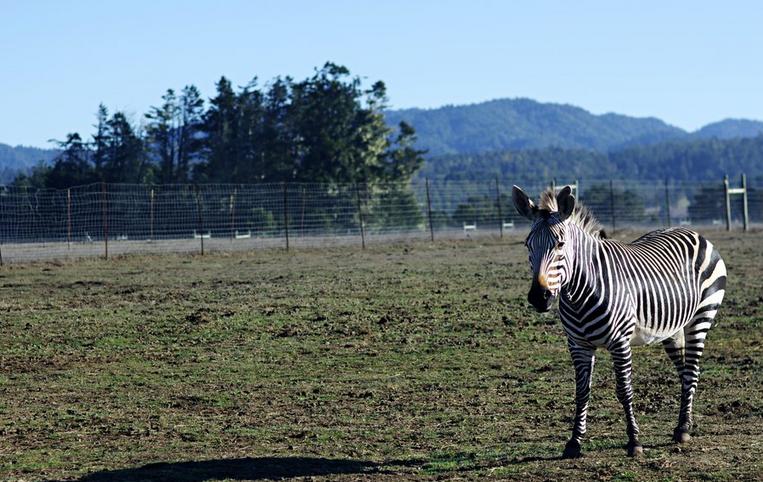 When you think of California’s North Coast, what comes to mind? Towering redwood trees? Desolate beaches? Zebras? What, zebras? Yes, that is correct.

The Bryan Preserve, located in Point Arena in Southern Mendocino County, is a wildlife preserve with two kinds of zebra species and several antelope species. 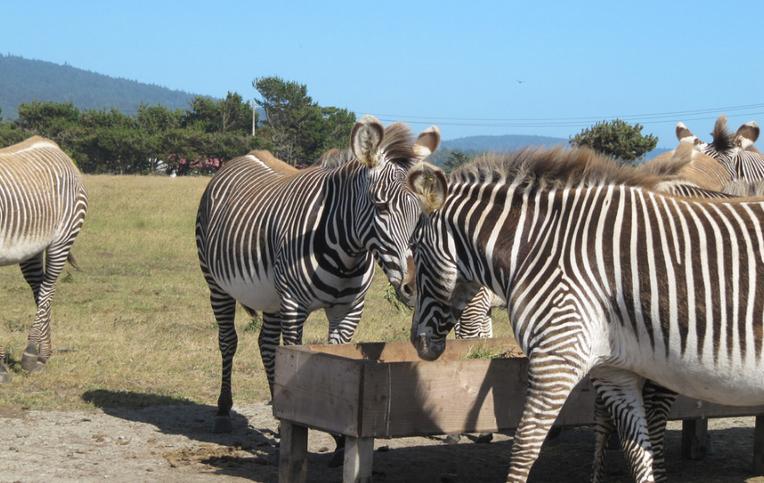 The preserve is committed to preserving African hoof stock animals, with the animals coming from zoos, wild animal parks, and other preserves. The owners collaborate with zoos and preserves to promote genetic diversity among the zebra and antelope species.

This involves careful genetic record-keeping. Some of the animals they have are listed as endangered or critically endangered, so their work to breed these animals is crucial for conservation efforts. 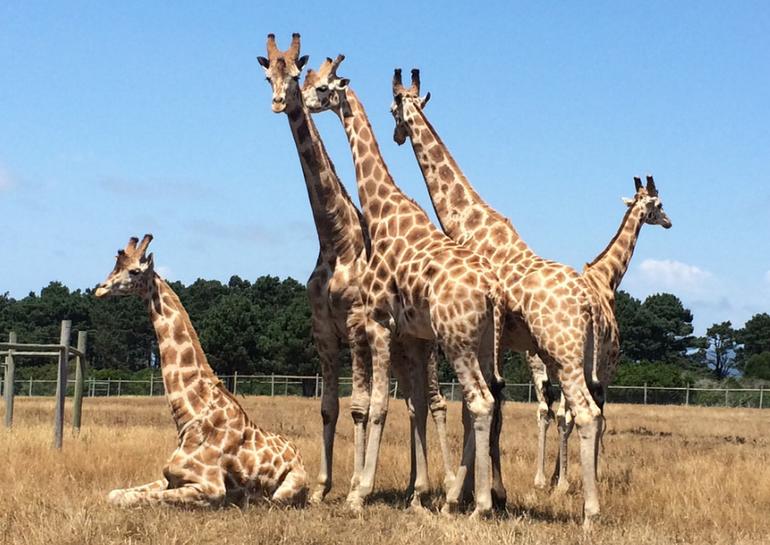 There are over 60 zebras and antelope at the preserve, and they are also making preparations to bring in giraffes. Most people do not know that the preserve is open to the public for daily tours.

Tours are available by reservation only and in the late afternoon to coincide with the animal feeding.

The 1.5-hour tour starts with a quick informational overview in the barn, where you will see different types of taxidermy antelope. This gives you an immediate appreciation for the diversity of antelope species. Then it is off into the fields to see the feeding. The preserve is over 100 acres and is adjacent to the owners’ private residence. 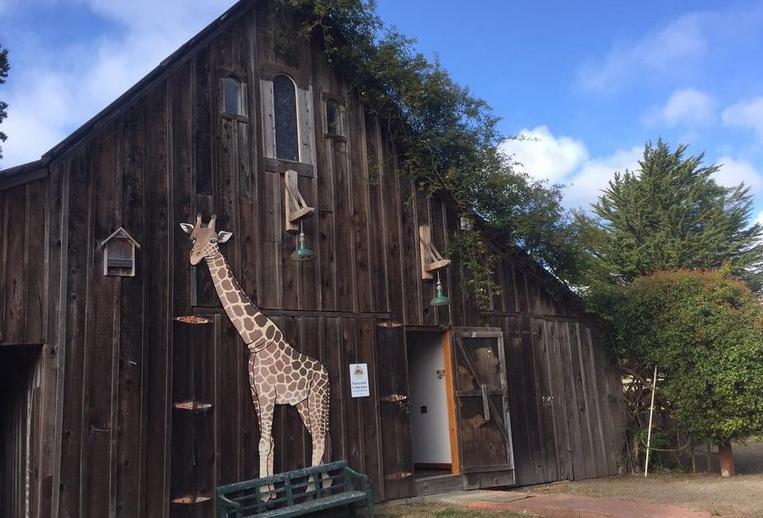 The animals are spread throughout the property in vast fenced enclosures to ensure plenty of rooms and reflect their natural environment. The preserve maintains an old Land Rover that guests climb into to ride to each feeding area. It’s a fun and sometimes bumpy ride.

We will stop at several feeding sites during the tour, where the owner will give background on the animals while providing them their food. The animals know the drill, and many come close to the feeding areas when they see the truck pull up.

Adults and children will be in awe of being so close to these endangered animals in an intimate setting. 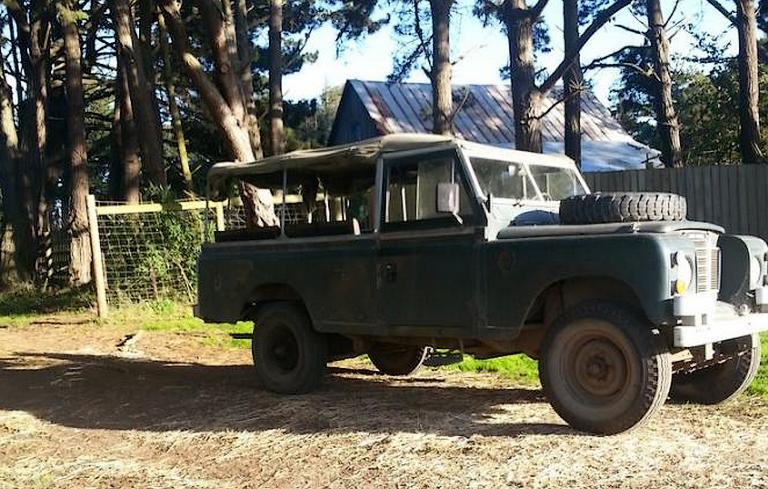 The owners name each animal and will point out the different ones. Perhaps there will be an animal that has the same name as you. Visitors will see groups of Grevy’s zebras and Hartmann’s mountain zebras.

From a distance, you may think that all zebras look alike, but after looking at a herd for a while, you will notice that each zebra has subtle differences in its markings.

Seeing a bunch of zebras side by side at a feeding trough almost feels like an optical illusion. It is hard to see where one zebra starts and the other one ends. Depending on the time of year, you may also see newborns.

The antelope at the PPreserve is equally stunning, with their beautiful horns and sleek profile. Though they are shyer than the zebras, the males put on powerful displays of dominance and watch them run breathtakingly. 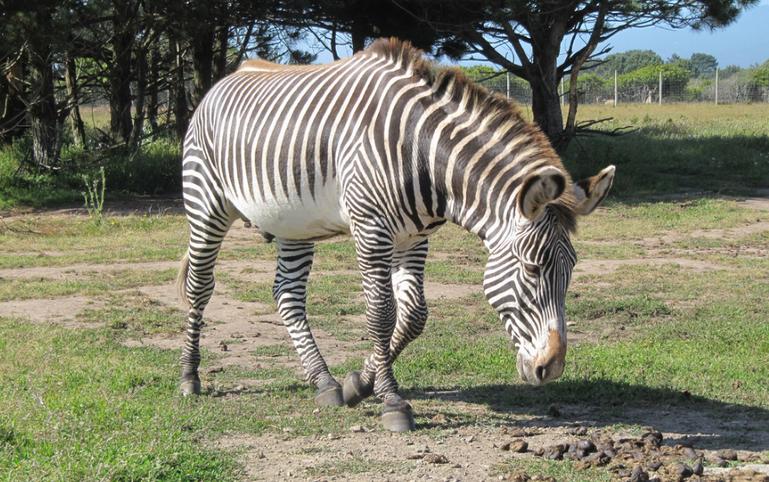 The preserve offers daily late-afternoon feeding tours. Reservations are required and can be made by calling (707) 882-2297. Discounts are available for children ten and under.

The coastal area can provide variable weather that can change by the hour. It is best to dress in layers. Wear sturdy shoes suitable for walking on uneven surfaces and climbing in and out of the Land Rover.

Don’t forget to bring a camera and binoculars to get great views and record your memories.
If you are looking to make a weekend trip out of it, the preserve has two guest cottages and a fully-furnished carriage house on site. The Chapel Cottage has two bedrooms, a deck, a hot tub, and a den. 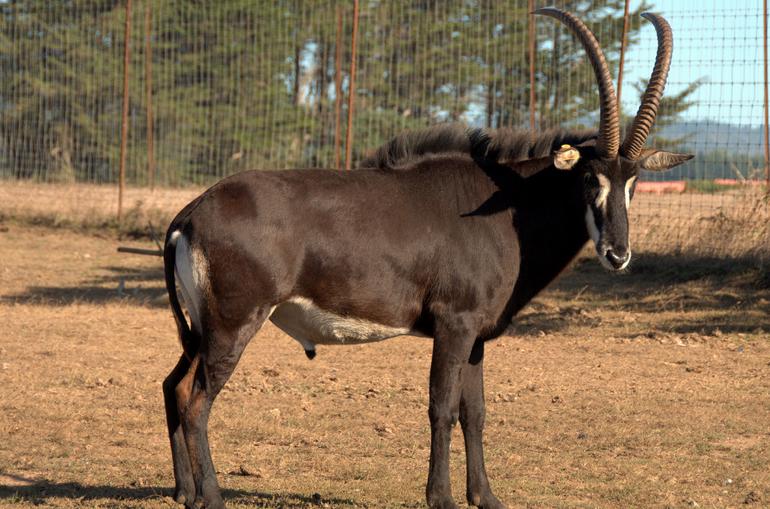 The Bridge Cottage has two bedrooms, a fireplace, and a hot tub. The Carriage House is also a two-bedroom lodging option. All units are pet-friendly though pets are not allowed on the feeding tours.

A stay at the preserve includes a coffee and tea service and a fully equipped kitchen with all the cooking utensils you need to make your meals.

Point Arena has a market to pick up provisions or in Gualala, 15 miles to the south. Fresh eggs and vegetables from the garden are offered to the guest, depending on the season. 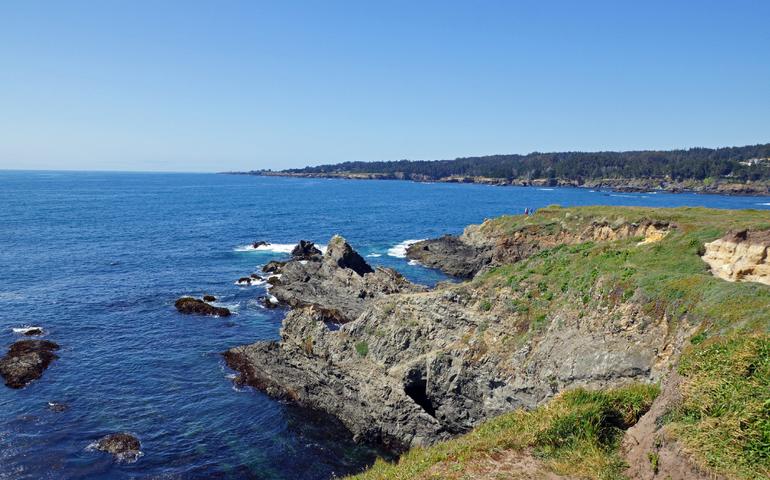 Where is the Bryan Preserve

When you make your reservations, they will give you directions on entering the property and where to park.

Other lodging options in the area include motels and camping located in Gualala. There is also a KOA campground north of the preserve in Manchester.

Fort Bragg, one of the larger towns in the area, is located 45 miles to the north. Bryan Preserve 130 Riverside Drive Point Arena, California. Website. 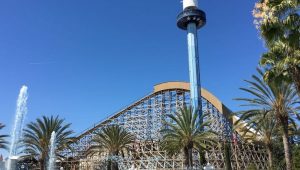