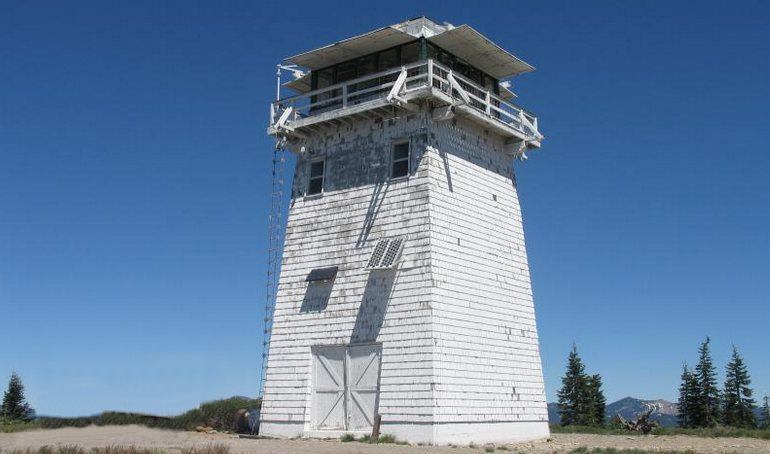 There is nothing more reawakening than a front row seat to a sunrise or sunset, or a bird’s-eye view of nature’s backyard. And perhaps the best way to experience all that California’s wilderness has to offer is by spending a few days high above the forest floor in a U.S. Forest Service lookout tower.

One of California’s best-kept secrets, these towering 60-foot structures provides campers with their own private place in the woods far away from city lights. 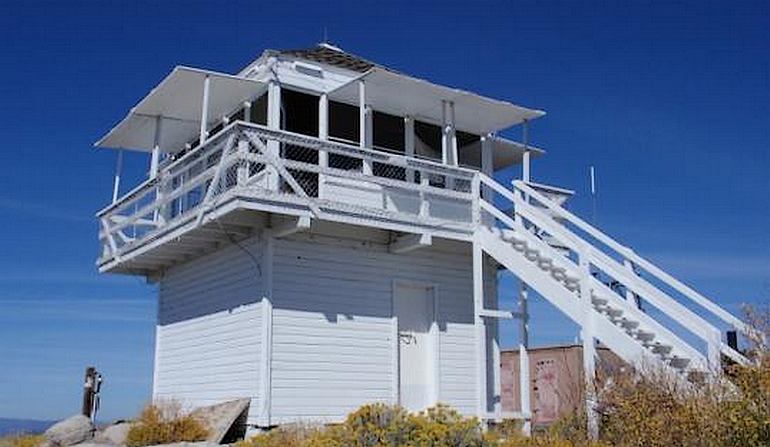 Once used by the forest service to spot fires in the backcountry, many lookouts throughout the state have today been transformed into primitive wilderness motels, offering jaw-dropping 360-degree views of the surrounding landscape while providing a unique camping experience.

These tree house-style escapes for grown-ups are not luxurious, in fact, they are downright primitive, as most do not do not have running water, hot showers or flush toilets. Lookout towers cost as little as $40 a night. If you are looking a more comfortable California camping experience try a rustic cabin for about $75.00 a night.

What To Bring on Your Trip

Campers will need to carry their own water for cooking, cleaning, and personal grooming, as well as being prepared to pack in their own sleeping and food preparation gear, as many towers only contain simple furnishings, including costs, a few chairs and if lucky — a propane camp stove.

Relatively small in size, ranging from less than 100 to no more than 300 square feet, most of these lookouts are located atop steep granite peaks and ridgelines usually only accessible by dirt roads. So it’s suggested that campers check ahead to see if they require a four-wheel drive, especially during the rainy winter months. 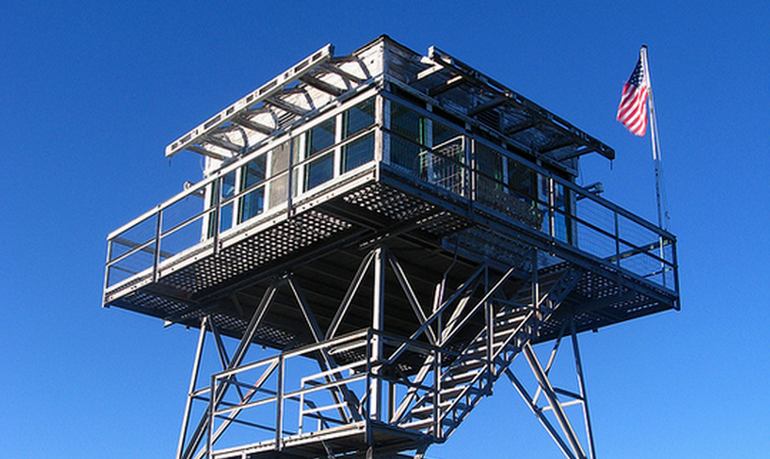 Finally, at some sites, there is flat tent area available adjacent to some of the lookout towers for families, so parents get the cots in the tower while kids get the tent outside.

But what about those that are looking for an experience less primeval. No problem, as there are also several cabins for rent that offer convenience and comfort in a beautiful outdoor setting.
Although a little more per night — starting at around $75 — most of these cabins are usually larger and can accommodate as many as a dozen guests for an extra fee.

Standard features include kitchens with basic amenities and sometimes utensils, regular beds, heating, and in most instances running hot and cold water and electricity.

Campers will still need to bring their own camping gear, however, like sheets and pillows, but can choose at some sites, the Total Camping Packages add-on, which includes sleeping bags, a cook stove, pots and pans, cooking utensils, a lantern, and a 60-quart cooler. 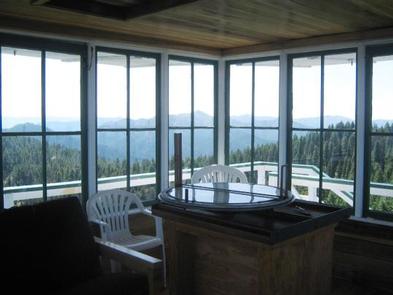 Located in Northern California inland from Crescent City. Up to eight guests can use the cabin and tower. The cabin has a kitchen with three double beds are there is a futon in the lookout tower. Six Rivers National Forest. 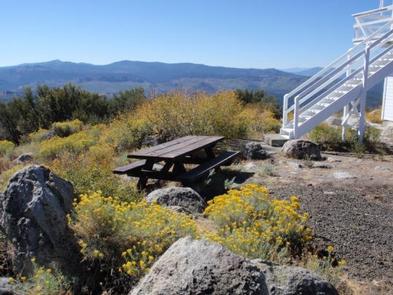 Tower Northern California near Honey Lake. Sleeps four on the lookout, and you can the also pitch a tent for more guests. An advantage of only being ten foot high, no steep stairs to climb. Overlooks the Plumas National Forest. Access to the cabin is by dirt road. Plumas County, California. 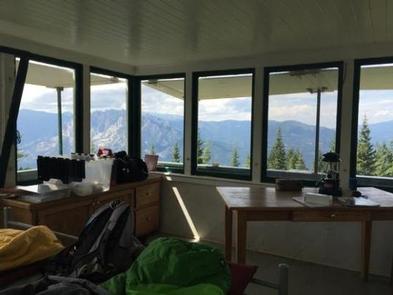 Rustic at best but campers are rewarded by views of the mountains during the day and starry skies at night. Lookout stands only 13 feet off the ground for easy access. Maximum capacity is four campers. Shasta-Trinity National Forest 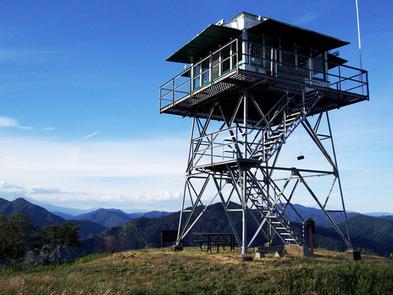 Located at an elevation of 3,540 feet the tower offers amazing views of Mt. Shasta. Sleeping for up to four persons, however, no cooking facilities, water or electricity. You must bring everything you need in over some rather steep logging roads, but that’s half the fun. 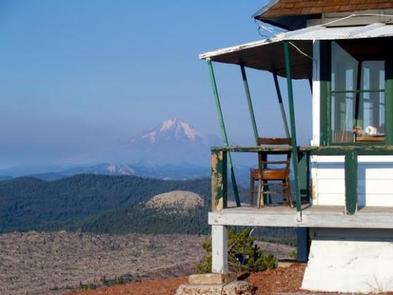 Built in the 1920s in the Shasta-Trinity National Forest. This lookout only has a few steps to climb into its 14×14 interior. Maximum capacity is four campers and access is fairly easy on graded forest service roads. 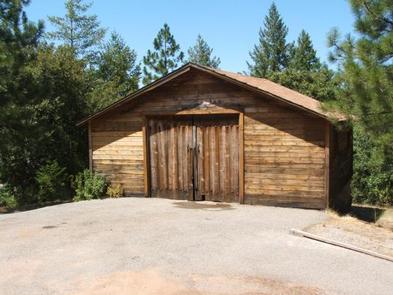 Cabin with a view built in 1936 was used for spotting wildfires. The lookout is a two-room cabin with a kitchen and a bedroom with spectacular views of Northern California’s Ishi Wilderness. Accessible by high-clearance vehicles. 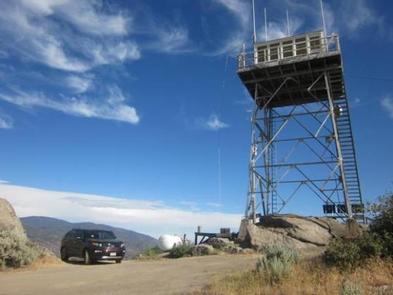 Greenhorn Mountains in the Sequoia National Forest. Located at an elevation of 4,900 feet, the tower overlooks the 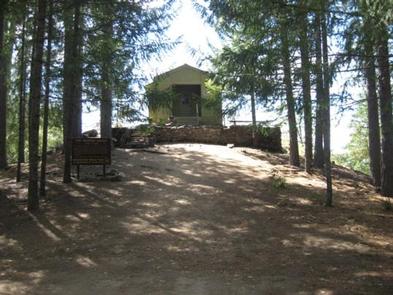 A big plus is you can reach this one by car. Open from May through October Pine Mountain sleeps six people and has a 2-night minimum stay. Picnic table, fire ring, and grill plus a vault toilet. Mendocino National Forest. 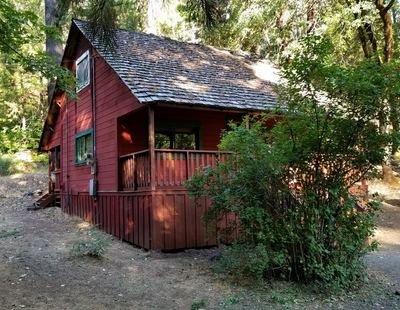 Compared to lookout towers this is a luxury. Kitchen area stove and refrigerator and an indoor bathroom with a flush toilet. Accommodate up to eight people in the cabin. Shasta-Trinity National Forest.

Sequoia National Monument in the Sequoia National Forest. Was used as a residence for Forest Service fire patrolmen. Maximum occupancy to 10. All the creature comforts of home except electricity.

Northern California Hayfork Area of Shasta-Trinity National Park. 19×30 cabin accommodates up to eight people and has two rooms. No water or electricity. Roads are good enough that you can get to the cabin by car.

Eldorado National Forest is in a not to a remote location and suitable for families with kids. 600 square feet and sleeps four people with room for more campers to set up tents outside. Electricity, water, a wood stove, and a propane wall heater.

Getting to the Lookout Towers

Lookout towers are almost all located in remote areas of the state. Getting to them can be difficult and may require a four-wheel-drive vehicle or hiking in. Guard and rustic cabins can be situated in hard to get to locations, however, some have easy access. Reservations for lookout towers and cabins can be made through Recreation.gov

Finally, while most lookout towers and cabins are available to rent year-round, please keep in mind when booking that some are not available to rent during the summer months as they are still used by the forest service.

California Lakes for a Camping Vacation 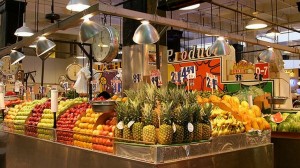 Amidst the lively hustle and bustle of Downtown Los Angeles sits the historic Grand Central Market. Since its doors first opened in 1917, the Grand 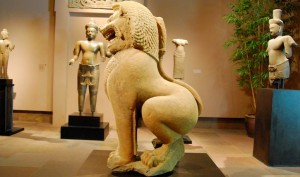 Located in Pasadena, the Norton Simon Museum boasts a highly respected collection of art that gives aficionados a unique opportunity to witness 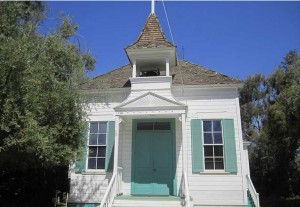 Heritage Hill Park is tucked in between a shopping center and riding stable in Lake Forest, California. The park contains several historic structures, 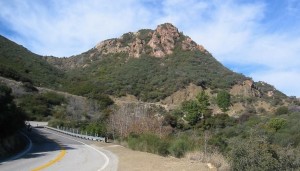 Winding its way through the Santa Monica Mountains, Mulholland Highway is a scenic route named after William Mulholland, constructed in the 1920s and 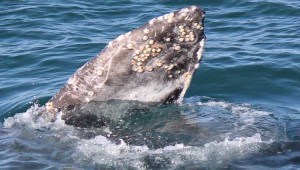 Condor Express offers whale watching trips out of Santa Barbara Harbor. It takes almost an hour for the boat to get up to the whale watch area, but 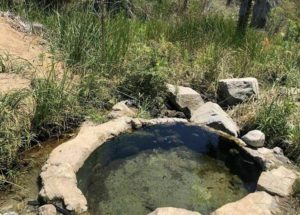 San Juan Hot Springs adjacent to Highway 74 has seen better days. There is not too much left except for a couple of pools of hot steamy water. Back in