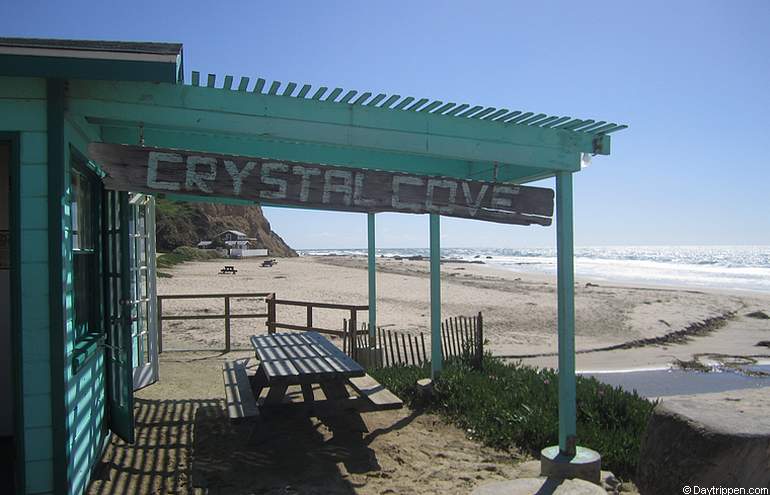 Crystal Cove State Park has one of the most beautiful beaches in Southern California. Three miles of pristine beach plus over 2000 acres of park. The main point of entry is the Crystal Cove Historic District. Here you will find the Crystal Cove Beach cottages that were built during the 1920s
.
The cottages were enjoyed for many years by lucky families that leased the historic beachfront homes of the Irvine company. In 1979, the State of California purchased the land from the Irvine Company to form the park. By 2001, the last Crystal Cove residents had moved out, and the state took over the cottages. 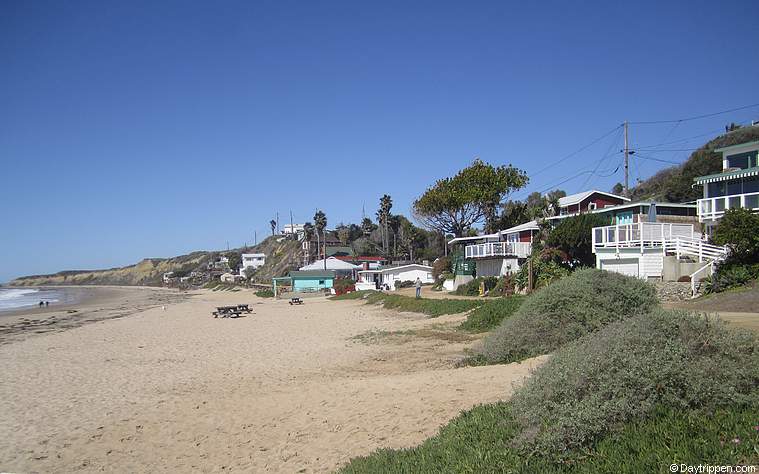 Some of the cottages have been refurbished and are rented out for up to a week at a time. Reserving a cabin is next to impossible due to the high demand, but it can be done if you know a few insider tricks.

The beach at Crystal Cove State Beach is one of the few places left in Orange County where you can walk for miles along the coastline and still see it in its natural state. The offshore waters are designated as an underwater park with excellent conditions for scuba divers. 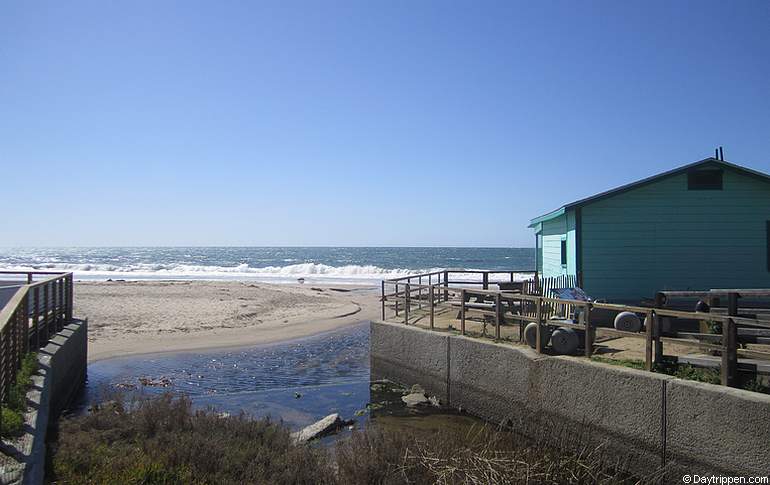 Visitors to Crystal Cove State Beach can explore tidepools and sandy coves, kick back on the sand, and take in the incredible scenery. There are about three miles of beach at Crystal Cove, with just about all of it wholly hidden from the busy Pacific Coast Highway. 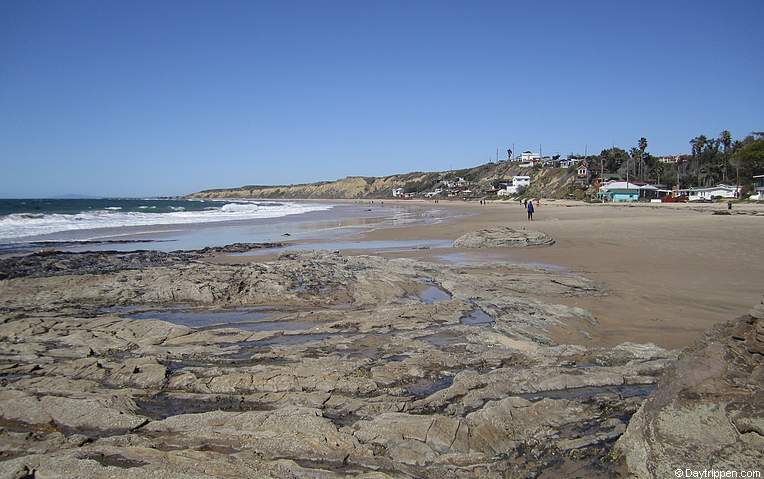 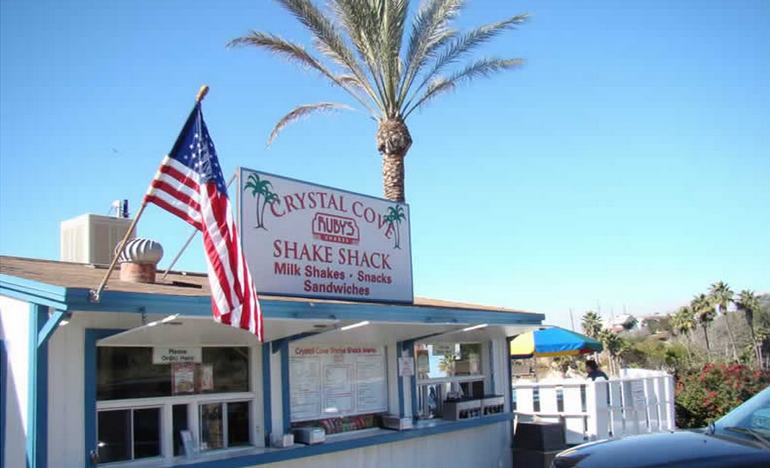 Locals would like to keep the restaurant to themselves, but it’s just too lovely a location to keep a secret. Serving breakfast, lunch, and dinner, the Beachcomber is always a busy place.

If you have to wait to get a table at the Beachcomber, they give you an electronic pager, and you can take a walk on the beach until your table is ready. 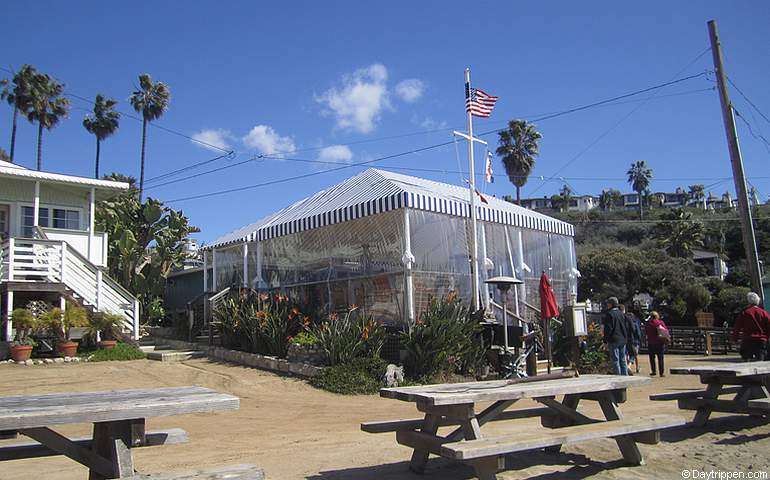 The Cottages at Crystal Cove State Beach can be rented out for up to one week at a time. Just imagine spending a week at beautiful Crystal Cove in your private cottage with the beach as your front yard. Sounds great.

It sounds excellent to thousands of people, and unfortunately, there are only a few cottages available for rent. 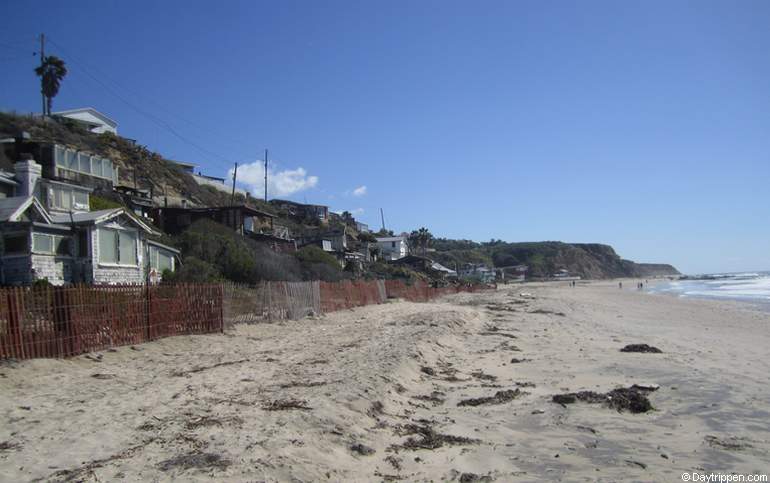 It is not impossible to rent a Crystal Cove Cottage, but it will take some time and a little luck. If you don’t get a cottage, you can still enjoy one of Southern California’s best beaches for a day. Check out our guide to renting a cabin at Crystal Cove State Park.

Getting to Crystal Cove State Beach

The main entrance and location of the cottages are at Crystal Cove-Los Transco’s central intersection, the first traffic light south of Newport Coast Drive. Turn right toward the ocean at Crystal Cove to enter the park. 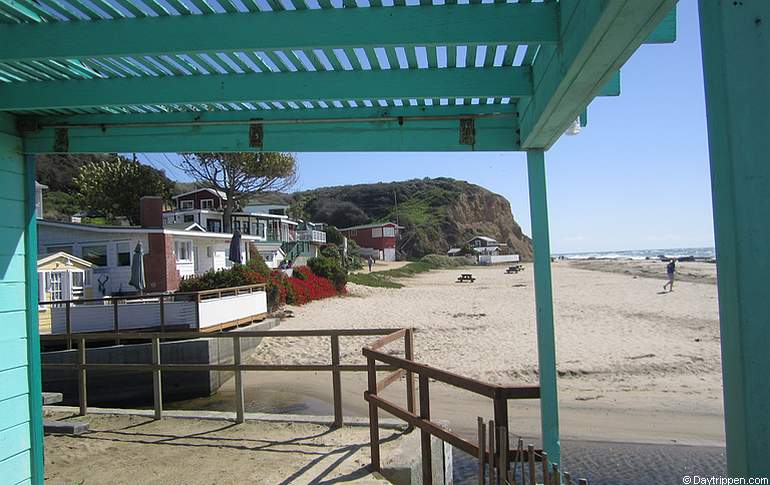 Parking is in the Los Trancos lot and costs $15.00 for the day if you dine at The Beachcomber Restaurant park at Los Trancos parking on the east side of Pacific Coast Highway.
The Beachcomber has a Shuttle with pick up at the picnic bench and umbrella adjacent to the park’s office building. The Beachcomber will validate the parking tickets with a purchase of $10.00 or more.