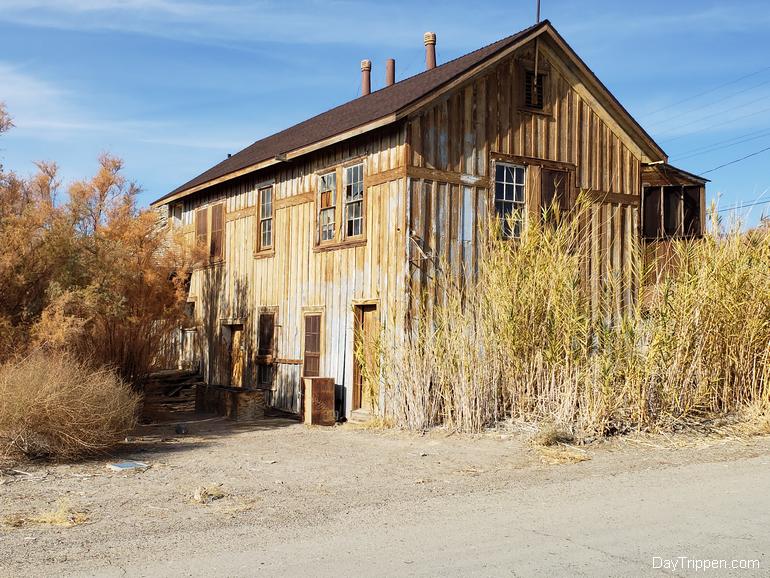 Keeler, California, was once a bustling town with a train station, a 300-foot pier, public swimming pool, and several hotels. The city was initially called Hawley and later named Keeler after Julius M. Keeler. The town’s existence was partly due to the Cerro Gordo mines high above the Inyo Mountains. Today Keeler has a population of around 50. In its heyday, Keller’s population was about 2500 people. 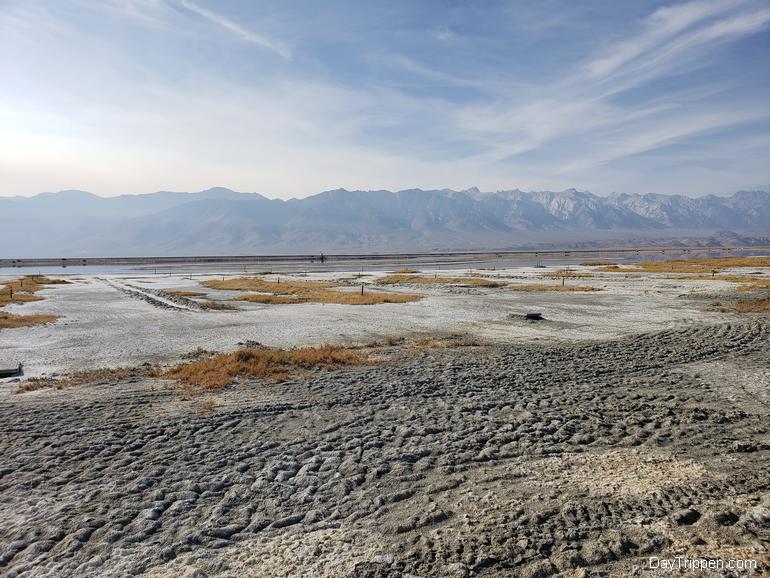 Owens Lake, at one time, covered 100 square miles, with most of its water coming from the High Sierra via the Owens River. During the peak of Cerro Gordo mines, the steamships Bessie Brady carried silver ingots from the pier at Keeler to the town of Cartago on the far side of the lake. The steamship took charcoal from the cottonwood charcoal kilns and lumber for the mines on the return trip. Bessie Brady burned on May 11, 1882, and steamboat navigation on Owens lake ended. 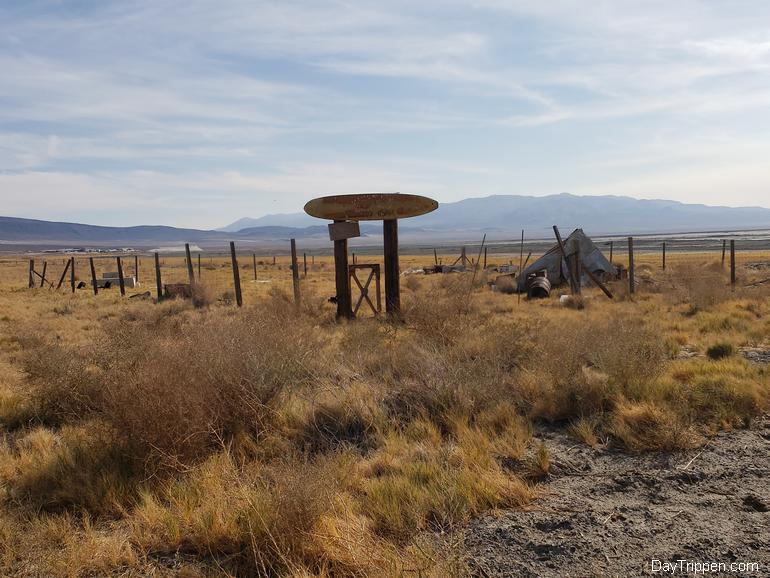 Silver production peaked at the Cerro Gordo Mines in the mid1880s just as the Carson and Colorado Railroad reached the town. In 1913 the Owens River was diverted into the Los Angeles Aqueduct, causing the lake to dry up. Today there is some hope for the lake. As part of an air quality mitigation settlement, LADWP shallow flooded 27 square miles of the lake. You can get an up-close look at the new area at the Owens Lake Trails Plaza. 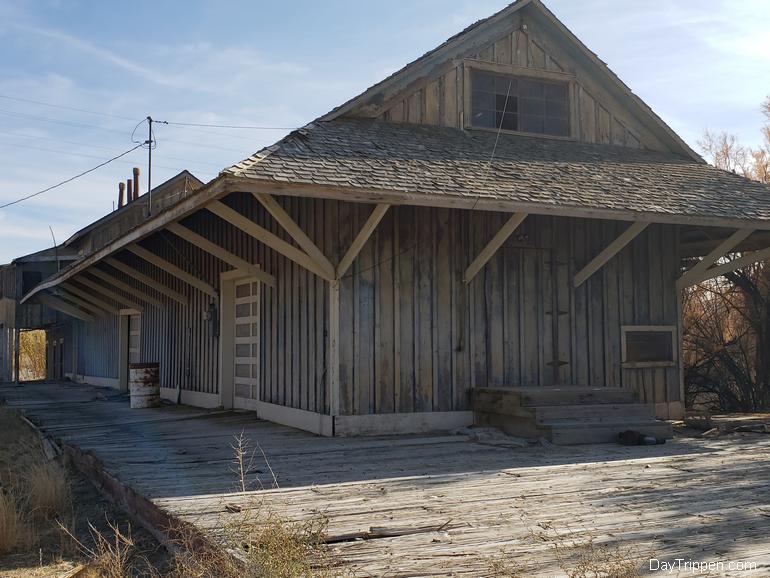 Keeler was the southern end of the Carson and Colorado narrow gauge Railroad. Train service to Keller ended in April 1960 when the railroad shut down. The Keeler depot was used as a residence for several years and finally abandoned. Today the Keeler train depot still stands but is in a sad state of disrepair. 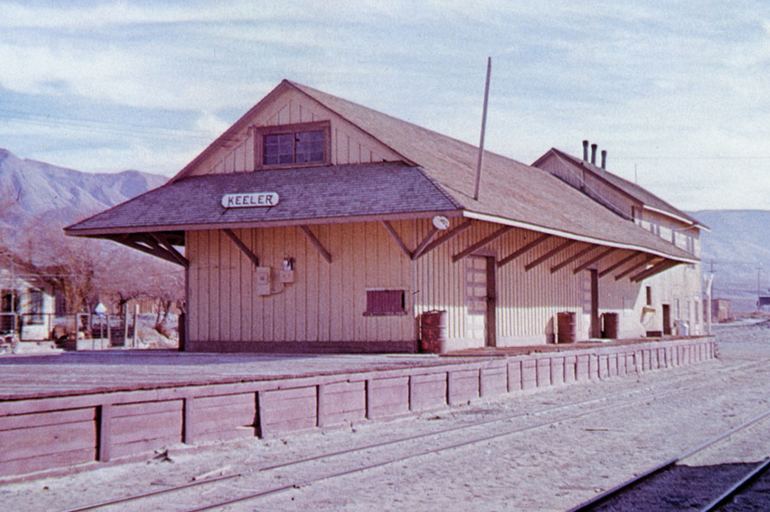 Keeler not only had a train depot, but it also was home to the locomotive shops for the Carson and Colorado narrow gauge Railroad. Around the town of Keeler, you can find several homes made out of boxcars. 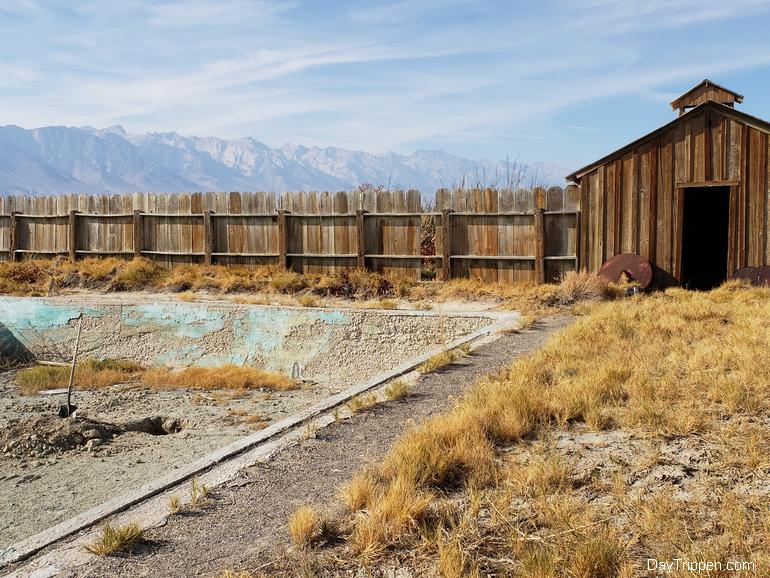 The Keeler swimming pool was built in the mid-1920s and was a popular place to cool off for locals along. After filming westerns in the Alabama Hills near Lone Pine, Hollywood stars visited the pool. The Olympic-sized pool was eventually abandoned and left to the desert winds and sand. 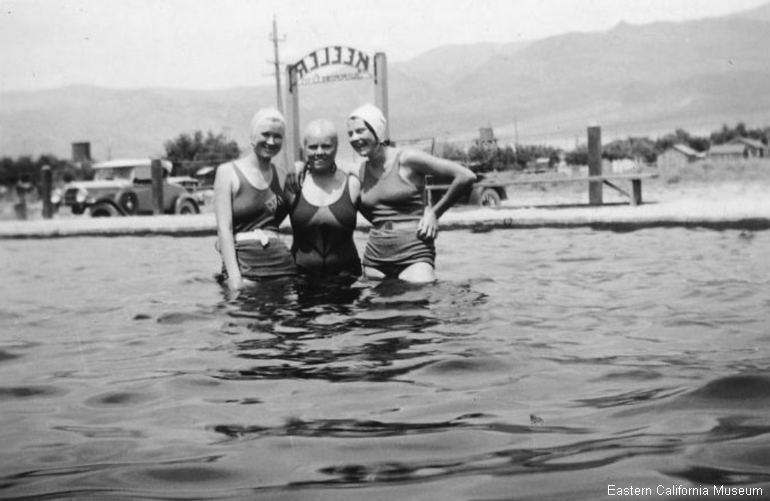 Today the town’s Early Era Preservation Society is hoping to open the pool again eventually and have purchased the property. The plan is to fill the pool with natural spring water by drilling a well—more info. 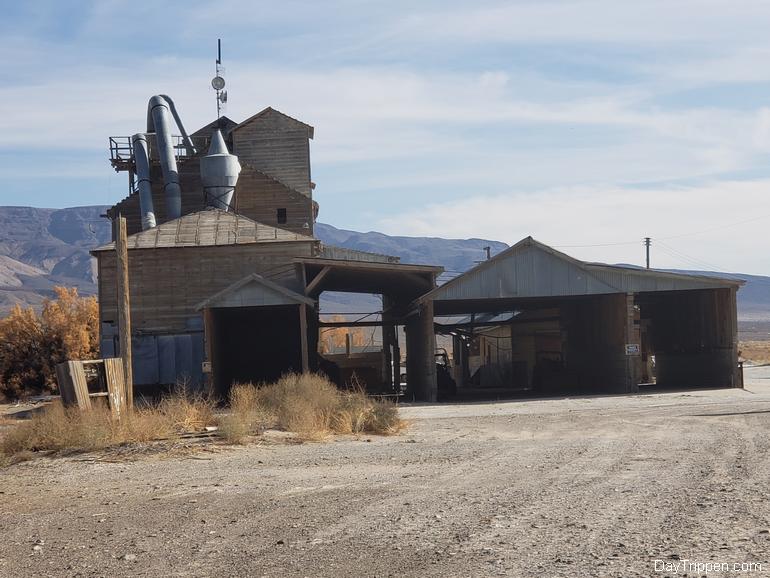 From the early 1900s to 1942, California was the primary source for talc. Most of the Talc came from the Talc City mine between Keeler and Death Valley. Talc was trucked 19 miles from the mine to Keeler, which was processed and sacked for shipment. 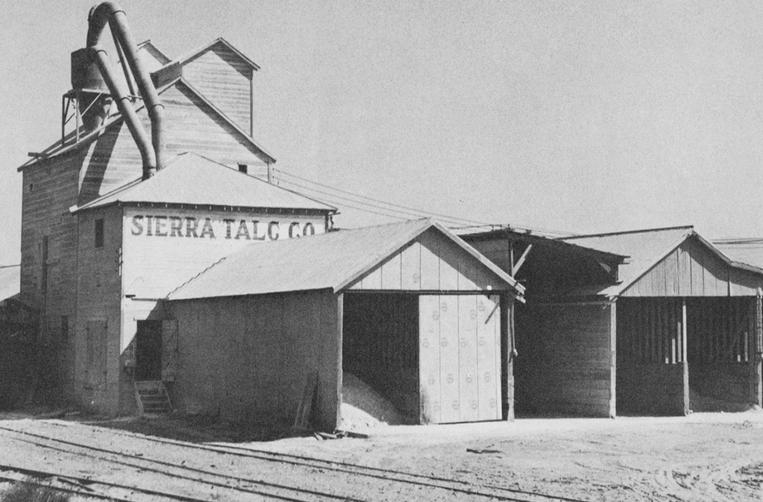 From there, it was loaded onto trains and shipped to Los Angeles. Today you can still see the Sierra Talc Company Mill at Keeler. The building is private property, so it cannot be entered without permission. 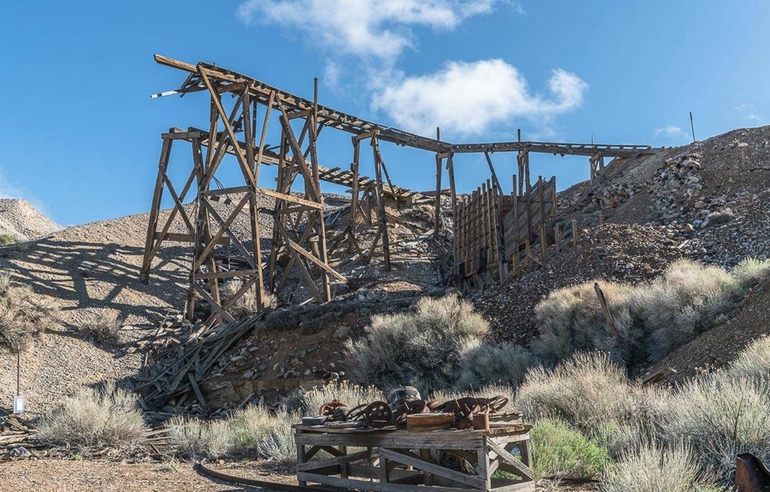 Cerro Gordo saw a return of mining activities in 1907 when high-grade zinc ore was discovered at the Union Mine. In 1914 a 5.6-mile, gravity-powered tramway was built from Cerro Gordo to Keeler. Twenty tons of zinc ore were transported daily to Keeler’s Carson and Colorado Railroad. On and off, mining continued at Cerro Gordo until 1959. You can still see the remains of the tramway trestle in Cerro Gordo. 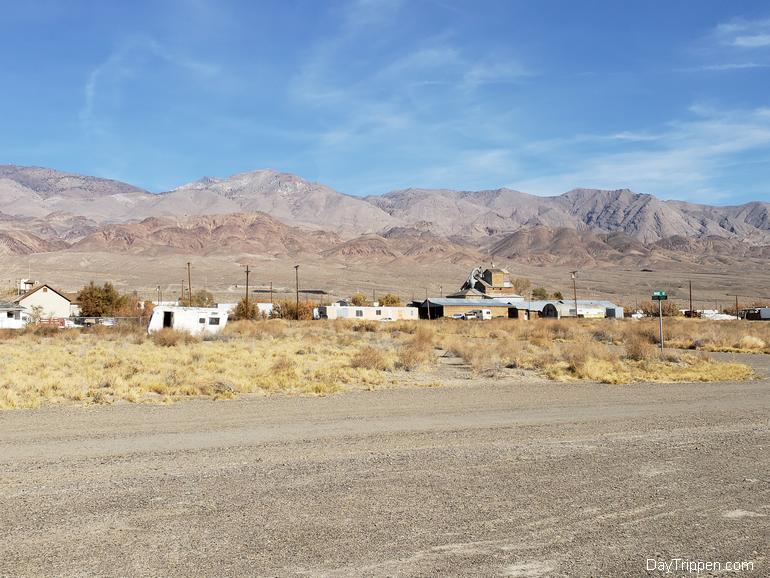 The town of Keeler is an off-the-beaten-path stop or drive-through while visiting California’s Owens Valley. Heading north on Highway 395, turn onto 190 at Olancha (take a quick look at Dirty Sock Hot Spring), then turn left onto 136 to Keeler.

More Things To Do In Inyo County