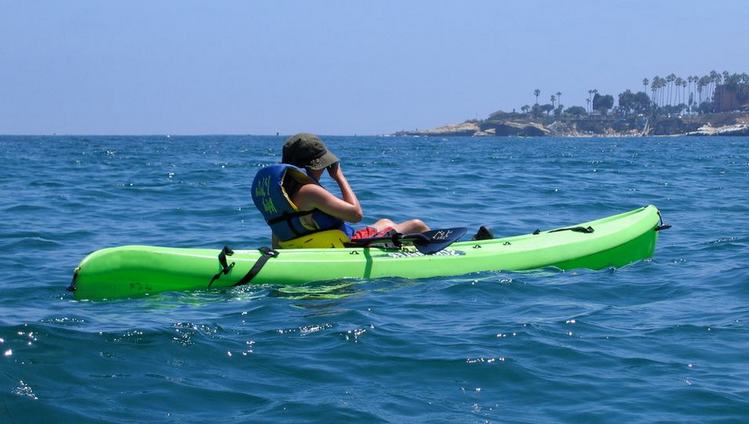 La Jolla sea caves can be reached by kayak or boat. One exception is Sunny Jim Cave, which is visited by climbing down a stairway and through a tunnel. The tunnel entrance is inside the Cave Store on Coast Blvd, and the store charges a fee to see the cave. The best way to see the caves is on a Kayak Tour. 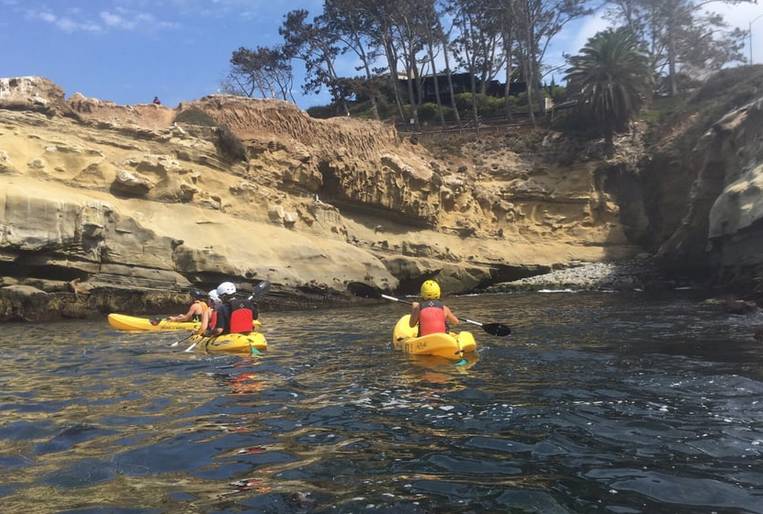 A fun way to see the caves is by taking a kayak tour. These guided tours last about two hours, and you will go inside the caves depending on water and tidal conditions.

While you are out on the sea kayak to look for sea lions, Garibaldi, leopard sharks, and maybe even a dolphin, an expert guide will be with you at all times to ensure your safety. Chances are you will get wet on this trip, but it’s all part of the fun. Kayaking is an experience that the whole family can enjoy. 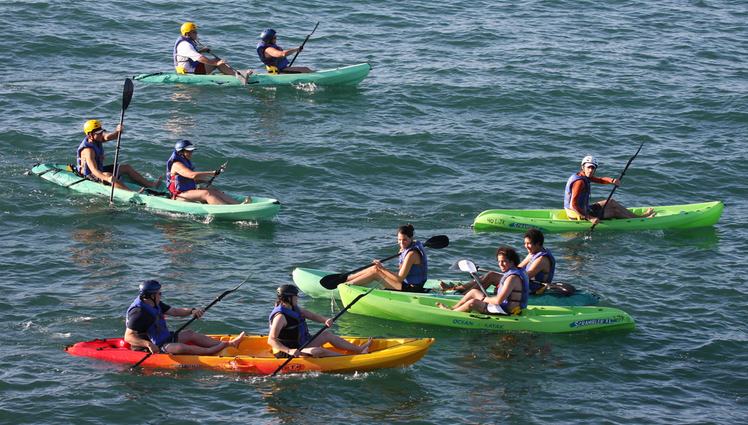 Over the years, visitors have been attracted to the seven caves of La Jolla. Long ago, smugglers used it to bring in Chinese and other immigrants. Contraband whiskey was also smuggled through the cave during the Prohibition era.

Many visitors also visit “The Cave Store.” The cave opening has been revived and protected over the past 100 years of preservation. The old Crescent Cafe, called The Cave Store, is on 1325 Coast Boulevard in La Jolla.

La Jolla Sea Caves can only be visited by kayak or boat, but occasionally, you might be able to walk into the caves when there is a shallow tide. At all other times, guided tours are the best choice. 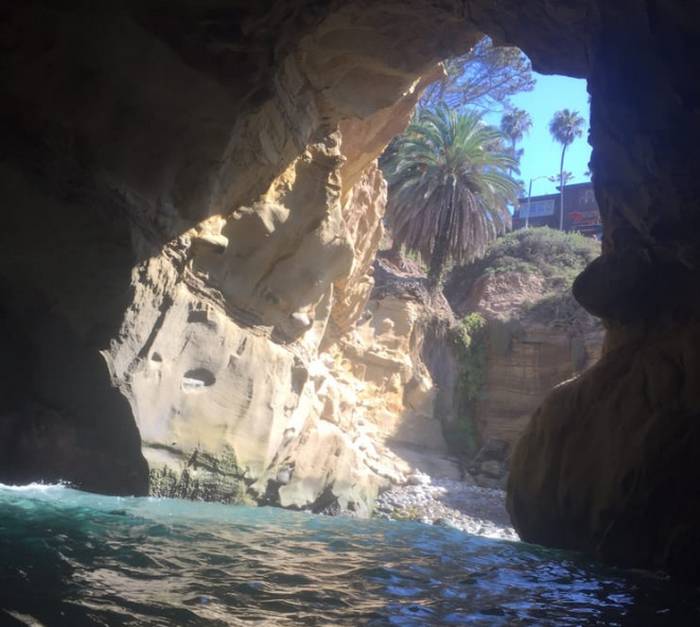 Experienced kayakers can rent a kayak to go on their own, but the tours are a better choice for the average person. No kayak experience is required; however, all participants must swim and have ample water experience.

All equipment is provided, including life jackets, helmets, and a quick water safety course. Go ahead, give it a try; it’s an experience you will not forget. 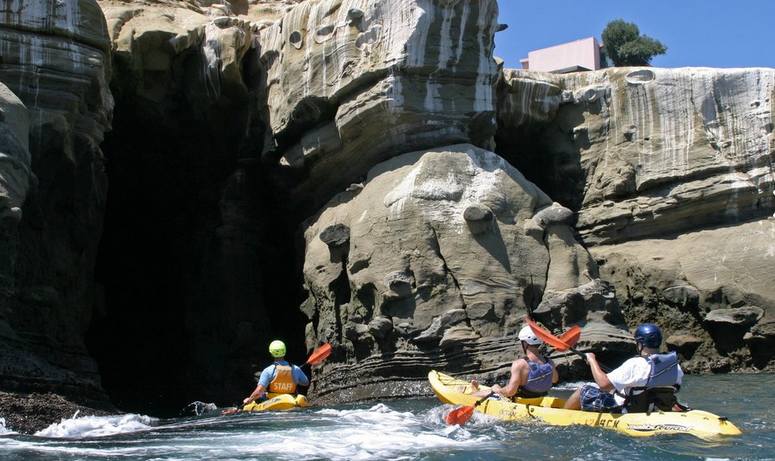 The La Jolla Sea Caves are only accessible by kayak, except Sunny Jim’s. This cave is the only La Jolla cave accessible by land via a hand-dug tunnel leading down from the historical landmark, the Cave Store. The cave was given the name “Sunny Jim” by Frank Baum, the Wizard of Oz. Mr. Baum gave the cave this unique name due to the shape of the cave’s opening. 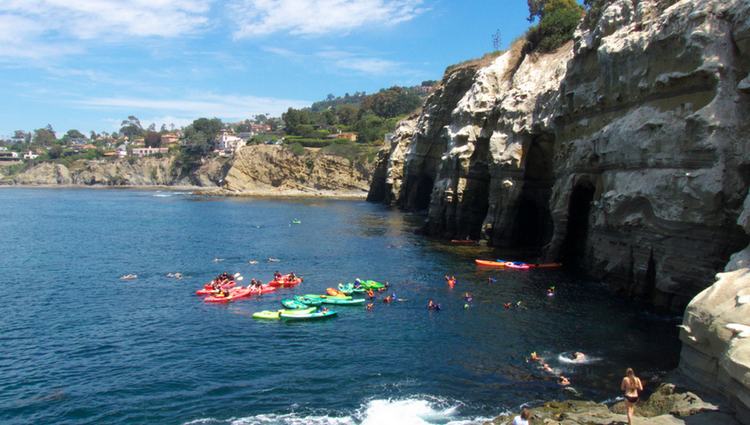 The Clam’s Cave is the only sea cave visible from land. Clam’s Cave is double-sided, and the backside can be seen from Goldfish Point on Coast Blvd. The rest of the La Jolla caves are only visible via the ocean. These other caves are usually awash in waves and, therefore, seldom seen by anyone except kayakers.

White Lady, named for her long, bustled-dress silhouette, is located on the eastern corner of the sea cliff. In front of the cave, there are many larger rocks in the ocean that promote crashing waves and whitewash, lending significance to the description “white.”