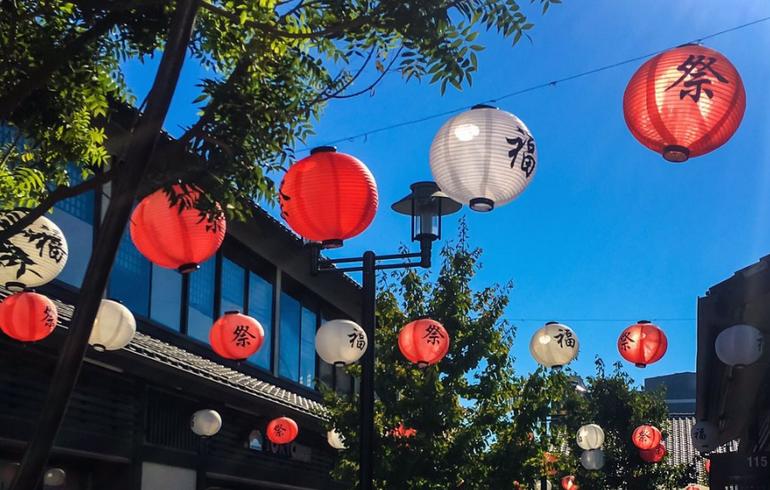 Little Tokyo is located in downtown Los Angeles and is the cultural center for Japanese Americans in Southern California. The heart of Little Tokyo and the center of activity in the Japanese Village Plaza.

The plaza is easy to find just look for the giant wooden fire tower that guards the entrance. Inside Japanese Village Plaza, you will find stores selling everything from mochi ice cream to Japanese pastries and bread. 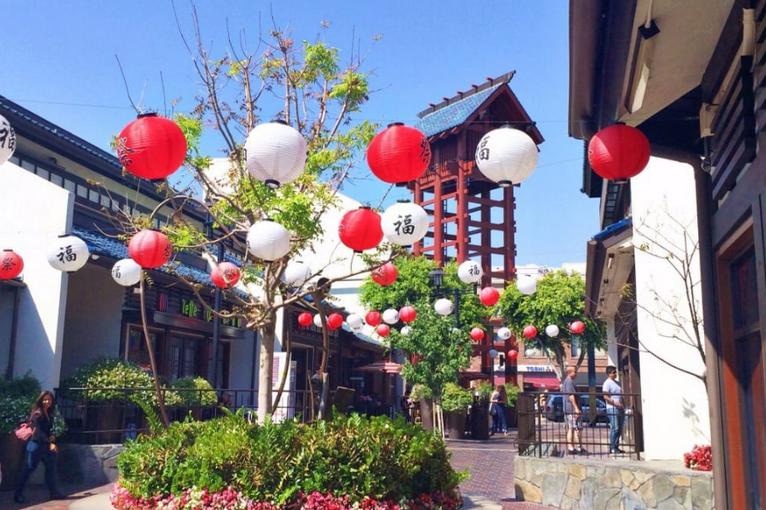 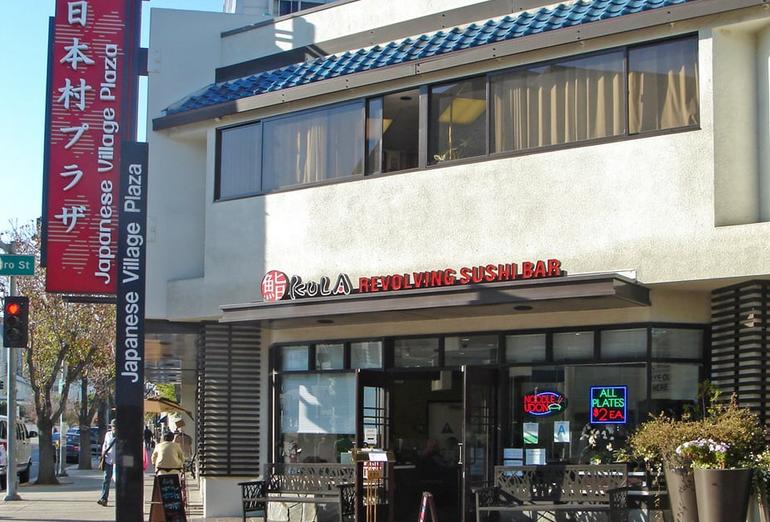 Things to do Little Tokyo

Little Tokyo features two Japanese gardens that are open to the public—one is next to the Japanese American Cultural and Community Center and the other is a rooftop garden in the Kyoto Grand Hotel and Gardens, formerly the New Otani Hotel.

Little Tokyo is clean and safe and almost in the shadow of the Los Angeles City Hall. Plan on spending at least a half a day here. Park the car and take a walking tour to really enjoy Little Tokyo, Los Angeles. 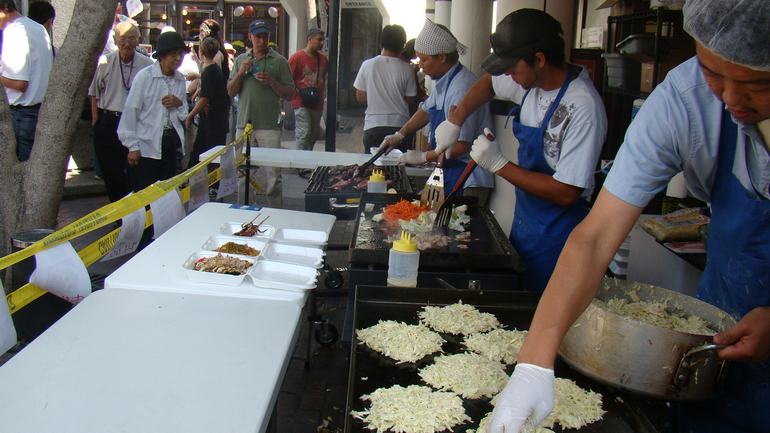 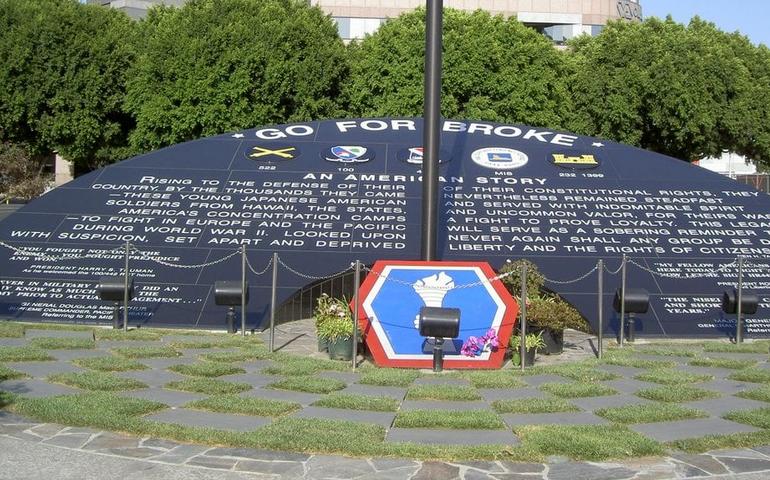 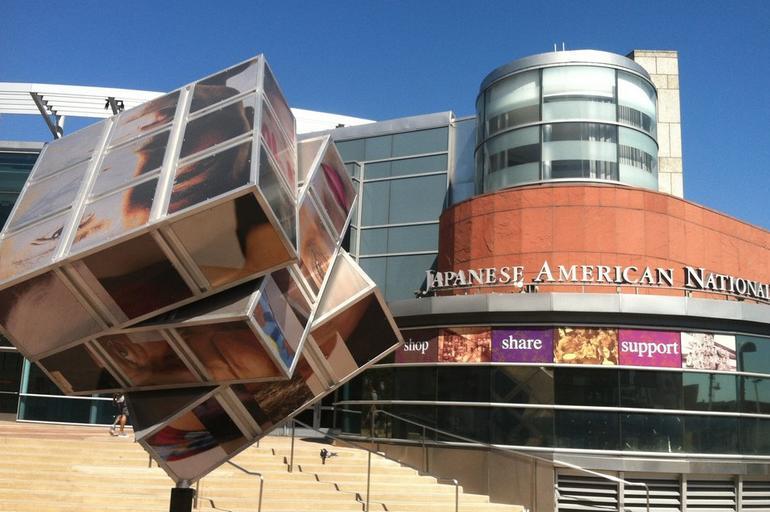 Kyoto Grand Hotel Garden is a Japanese garden that is open to the public. The garden is located next to the Japanese Village Plaza.

Little Tokyo Historic District can really be seen along the north side of 1st Street where many of the original buildings are located. Little Tokyo was declared a National Historic Landmark District in 1995. 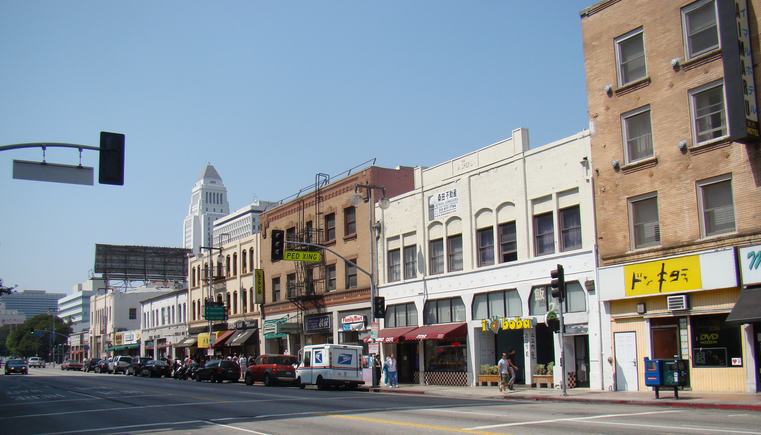 At its peak, Little Tokyo had approximately 30,000 Japanese Americans living in the area. Many of the original buildings have been replaced with condominiums and shopping malls. What is left of the original Little Tokyo can be found in a four-city block area bounded on the west by Los Angeles Street, on the east by Alameda Street, on the south by 3rd Street, and on the north by First Street and the Los Angeles Civic Center.

Each Thursday from about 11:00 am to 2:00 pm the Little Tokyo Farmers Market is held next to City Hall. The market features tented booths that sell fruits, vegetables along with food including grilled sausages, Hawaiian barbecued chicken plus the usual farmers market fair. 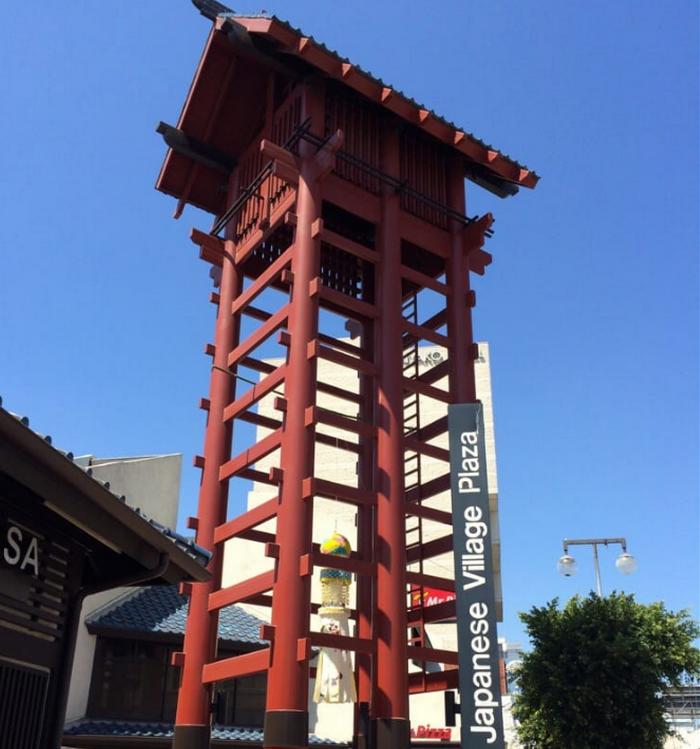 Where is Little Tokyo

Directions: Little Tokyo is about a mile from Union Station and is located in the area between First and Third Streets and Main and Alameda Street. Accessible from the 101 freeway, exit Alameda.

Some restaurants and shops close as early as 3;00 PM so it’s best to visit early.

Things To Do in Downtown Los Angeles