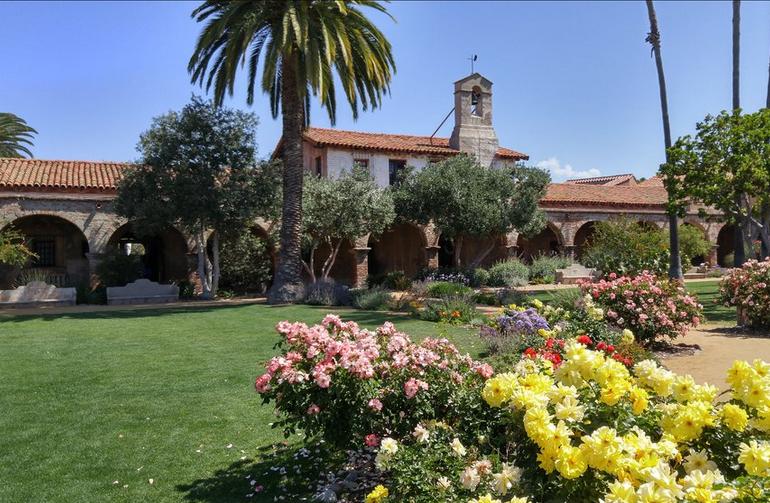 Mission San Juan Capistrano is called the “Jewel of the Missions” and the best-known California mission. In 1796, work was begun on a large stone church to be the most magnificent of all the California mission churches.

Under the guidance of an expert stonemason from Mexico, the natives transported the stones from a quarry six miles away. Nine years later, the church was completed. The Great Stone Church was built in the shape of a cross, 180 feet long and 40 feet wide. Above the front entrance is a 120-foot tall bell tower that could be seen for miles. 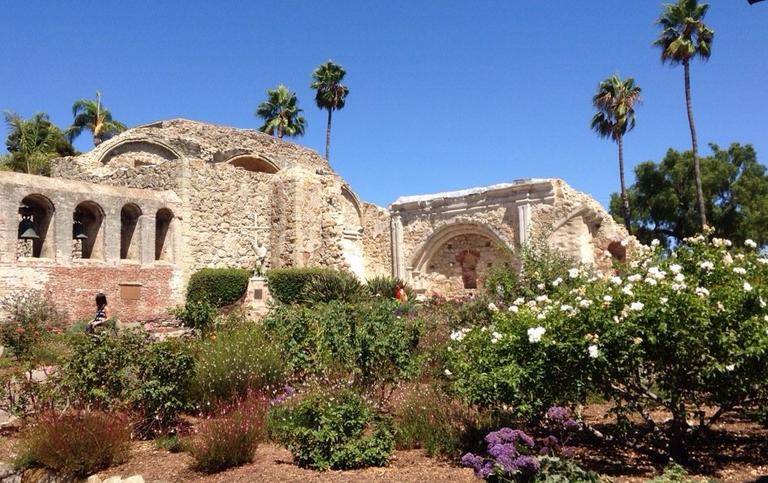 In 1778, two years after the mission was moved to the present site, a small adobe chapel was built and soon replaced by the Serra Chapel in 1782. This is the only remaining church in which Father Junípero Serra held mass.

To accommodate the mission’s growing population, the Great Stone Church was constructed between 1797 – 1806. This cathedral-like building was 180 feet long by 40 feet wide and had a high-vaulted ceiling surmounted by seven domes fronted by a 120-foot tall bell tower.

In December 1812, a massive earthquake destroyed most of the Great Stone Church. The remains of the original church can be seen on the mission’s grounds. 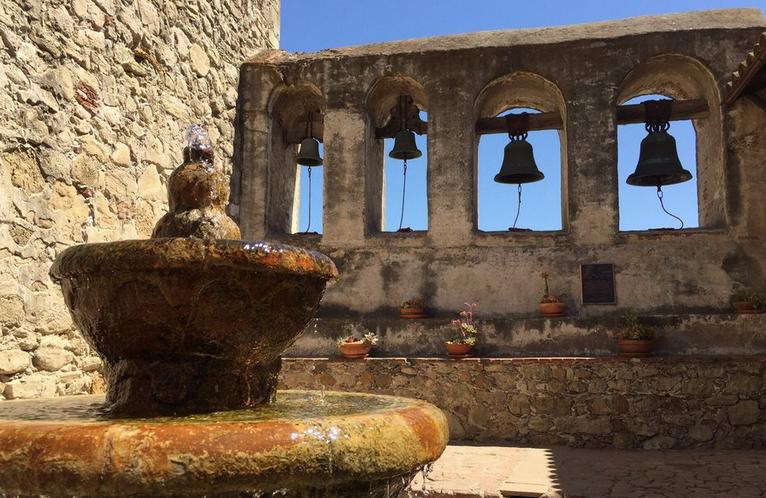 Today the mission is a popular tourist attraction. Tour buses drop off visitors each morning eager to explore the mission complex’s beautiful gardens and historic buildings.

In the spring, swallows migrate thousands of miles from winter homes to San Juan Capistrano. Each year the Festival of the Swallows is celebrated with festivities including the traditional bell ringing and parade to mark the return of the swallows. 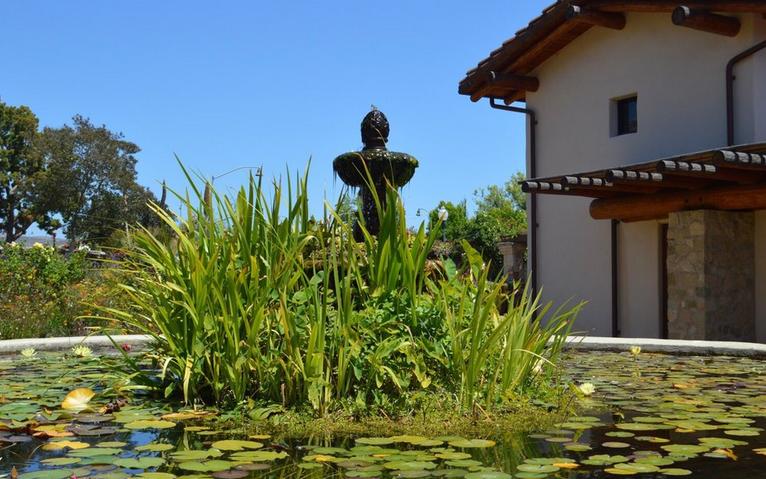 California’s first vineyard was located on the grounds of Mission San Juan Capistrano and planted with”Mission” or “Criollo” grapes in 1779.

The first winery in Alta California was also built in San Juan Capistrano in 1783. Red and white wines plus brandy and a port-like fortified wine called Angelica were all produced from the mission grapes. 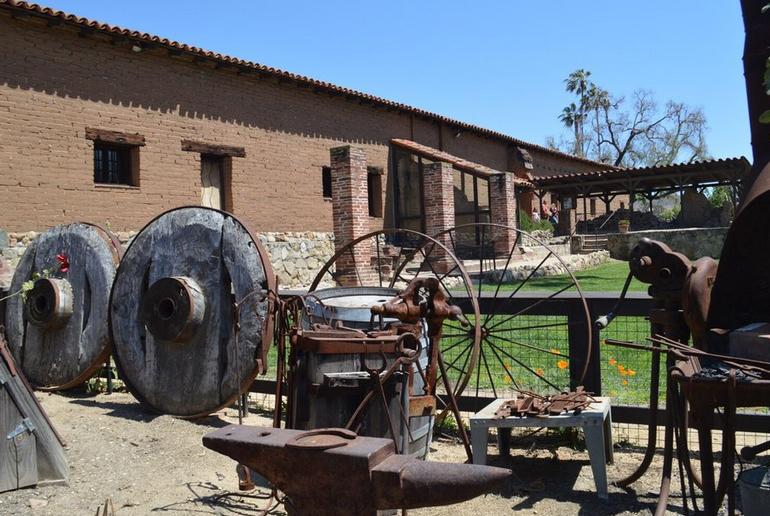 The city of San Juan Capistrano has the usual tourist shops and art galleries, and a selection of restaurants, all within walking distance of the Mission.

One of the more famous places to dine is El Adobe, a favorite dining place of Richard Nixon and recognized as a California State Historical Landmark. 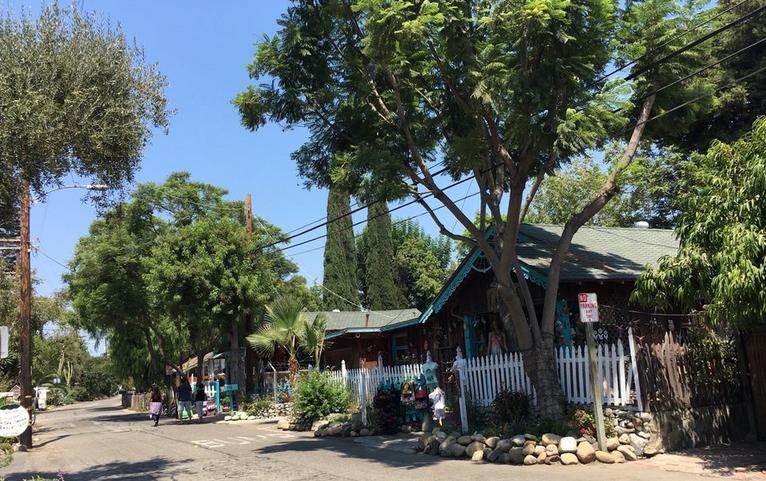 Capistrano’s Los Rios Historic District is a short walk from the mission. Visitors to the district can check out 100-year-old homes along the oldest residential street in California. Take a peek inside the O’Neill Museum operated by the San Juan Capistrano Historical Society; the home was built in 1875.

One interesting point of interest in the historic district is the original San Juan Capistrano jail cell located in Historic Town Center Park. 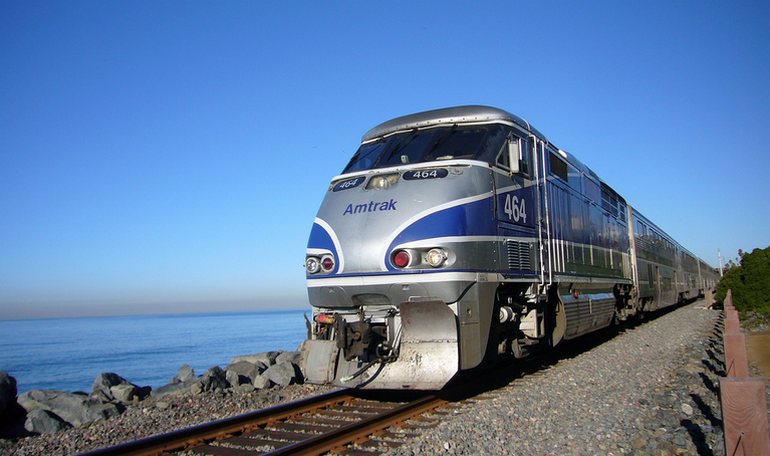 Getting To Mission San Juan Capistrano

San Juan Capistrano’s train station is only a few blocks from the mission. The Amtrak Pacific Coastliner makes 8 daily stops at the station. This makes it possible to take this trip by train from just about anywhere in Southern California.

Mission San Juan Capistrano is Open Daily: 8:30 a.m. – 5:00 p.m. We recommend arriving early to enjoy the beautiful gardens in a peaceful setting. After 11:00 am on weekends and during the summer, the mission gets busy for a more relaxed visit in the late afternoon or early morning. 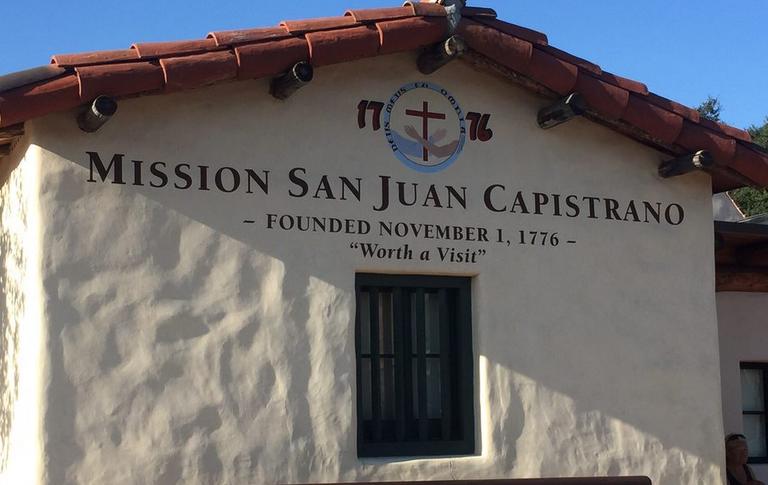 Plan on spending at least 2-3 hours at the mission and another hour walking around town. Dining options are plenty and range from fast food to fine food. If you bring along young children, stop by Zoomars petting zoo (Los Rios Historic District.)