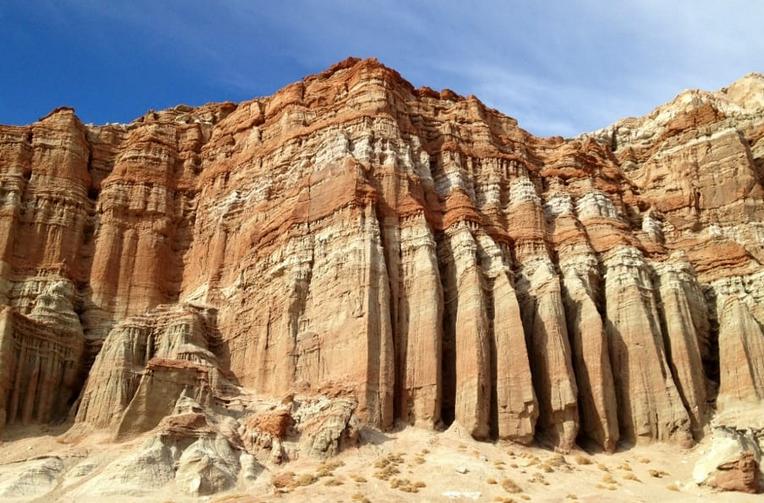 Resembling the mysterious landscape of a distant planet, Red Rock Canyon State Park covers approximately nine square miles of badlands and exposed, angled mudstone strata that span both sides of California Highway 14 in the middle of the Mojave Desert.

Featuring scenic desert cliffs, buttes, and multi-colored rocky outcrops, it was once a crossroads of an indigenous trade route and home to wily old gold and silver miners that once flocked to the area in search of the mother lode in the late mid-1800s. 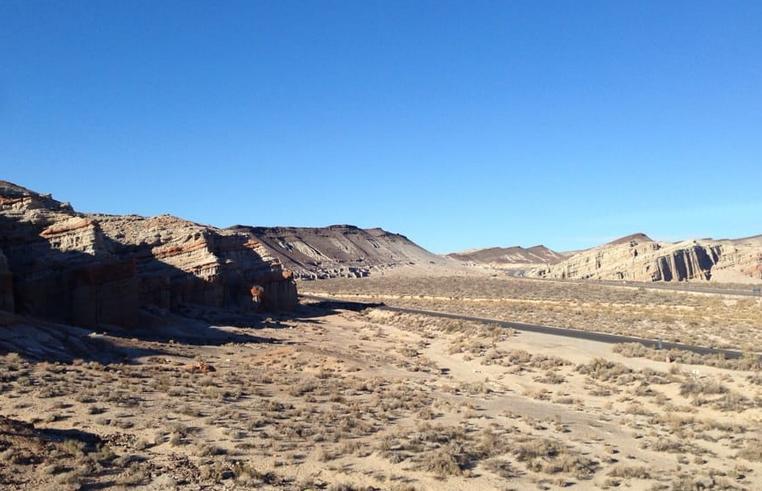 Today, the park has been the site of scores of movies, including the crew of the Planet of the Apes, due to its colorful rock formations and variety of wildlife, including roadrunners, hawks, hunting ravens, lizards, and squirrels, as well as several species of snakes (including some rattlers), and the California Desert Tortoise.

Hiking and OHV trails crisscross the entire park and invite you to explore the area, including plenty of petroglyphs in many surrounding caves and crevices. 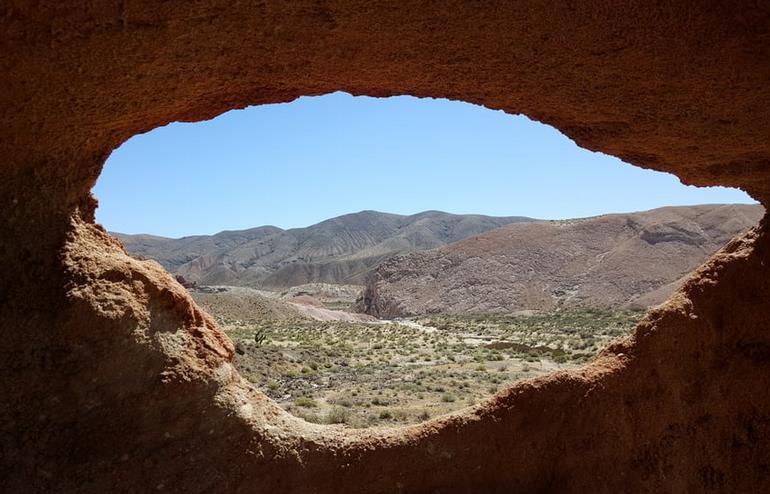 Joshua trees abound at Red Rock Canyon State Park, and wildflowers bloom in the spring in this area and several species of flowering cacti.

Approaching the park from a distance, the rock formations stand out abnormally red from the landscape. As you near, the escarpments become more evident, and you can see the graceful draping of the stone folding itself down to the earth. The view from the formations is also breathtaking as you look down upon an endless sea of Joshua trees. 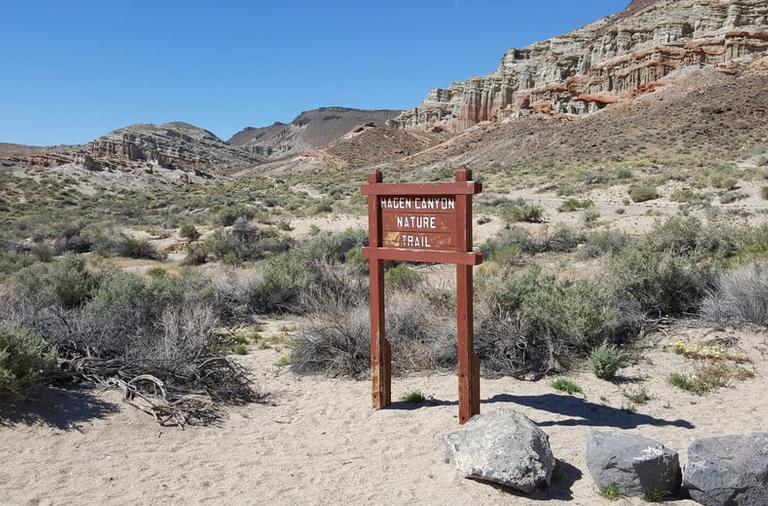 The best places to hike are in the park’s two preserves. The first is the Red Rock Canyon park nature trail, and the second is the Hagen Canyon Natural Preserve Loop.

The nature trail can be picked up at the south end of the park campground and is an easy 3/4-mile trek that tells the geologic story of the area and points out the typical desert flora. It’s keyed to an interpretive pamphlet available at the trailhead.

The second, just south of the Ricardo turn-off, is Hagen Canyon – a one-mile-long side valley with intricately eroded, multi-colored cliffs, washes, and mounds, quite similar to the Bisti Wilderness distant New Mexico. Hagen’s one-mile looping trail is a great place to take in the surrounding cliffs with various strata in red, white, and gray shades, topped by a band of black lava. 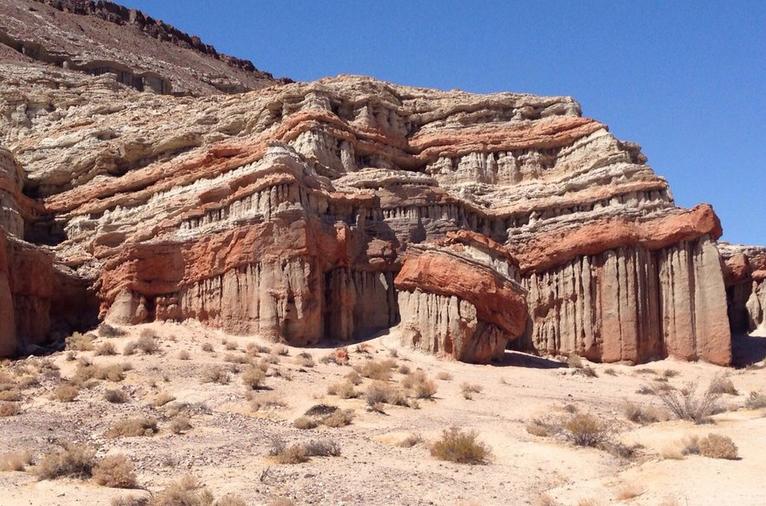 Red Rock Canyon State Park can easily be explored in one day unless camping, and the Ricardo campground, right next door, is like an intergalactic place to rest your face.

There are 50 primitive campsites tucked up against the base of dramatic sandstone cliffs, all with potable water, pit toilets, fire rings, and picnic tables. Camping is first-come, first-served, and there are no reservations. There are no RV hook-ups or showers.

Camping in the park requires a per night fee per site. Free camping is available on BLM land outside the State Park and accessible by 4WD vehicles. 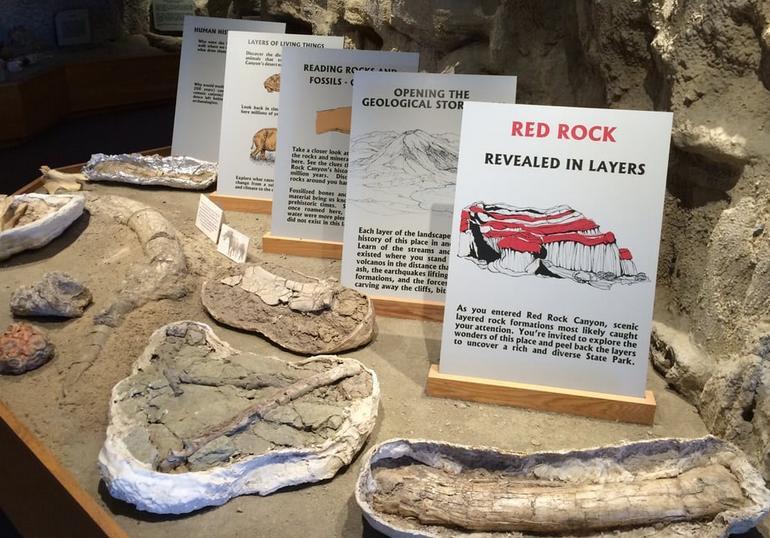 The best time to visit Red Rock Canyon State Park is Spring and Fall. Be prepared for a windy campsite and lots of sun. Summers can reach well into the 100s, so if you plan to travel here during the hot months, plan.

If camping is not your style, there are several hotels and motels to choose from in the nearby towns of Ridgecrest (32 miles north) and Mojave (25 miles south). 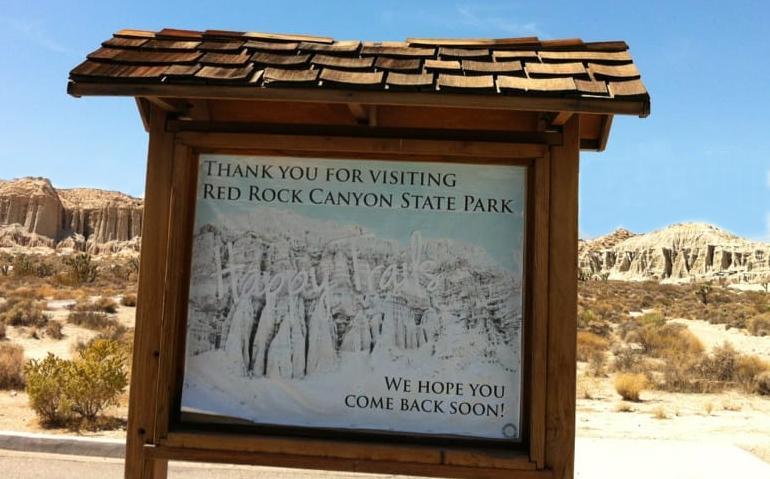 Red Rock Canyon State Park is located 120 miles north of Los Angeles and is open 365 days a year. It is situated in the southernmost foothills of the Sierra Nevada range, just west of CA Highway 14, between Mojave and US 395, which runs through the middle of the park.

The park entrance road follows beside a seasonal wash and a shallow valley. Follow this road a short mile to Ricardo Ranger Station. The station has a small visitor center with nature exhibits.