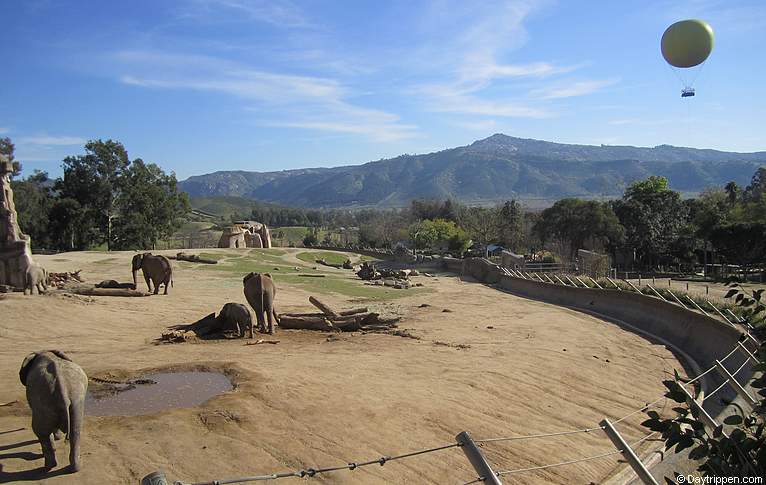 Safari Park is 1800-plus acres of exotic animals and botanical gardens galore, carved out of the hills and canyons of the picturesque San Pasqual Valley just outside of Escondido, California.

There is no other safari park or zoo in the country that is as advanced in endangered research and development as the San Diego Zoo, and the Safari Park is an extension of that commitment. 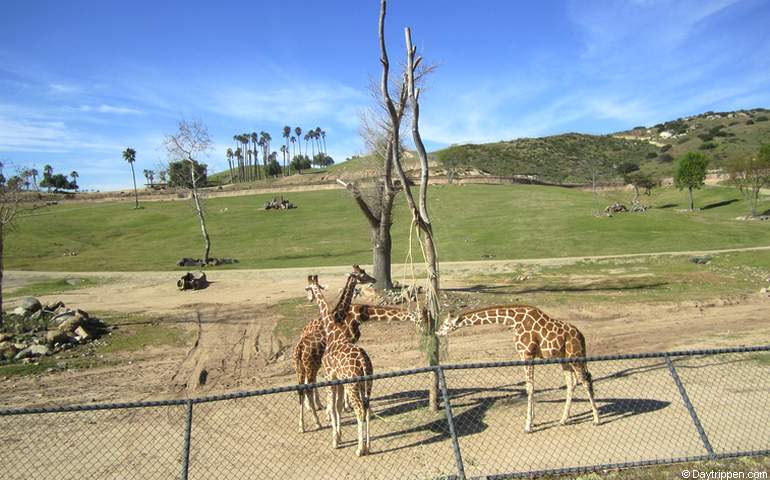 In comparison, the San Diego Zoo is intimate while Safari Park is huge.

The park is situated in a secluded inland valley where lions, tigers, giraffes, rhinos, hippos, and gazelles roam freely with each other in something much closer to their natural environment than you’ll find at any zoo.

Like with any great expedition, you will need a good map, and you can grab a park guide upon your arrival. You’ll want to keep this handy as it loaded with information on services, shows, shopping, and dining. 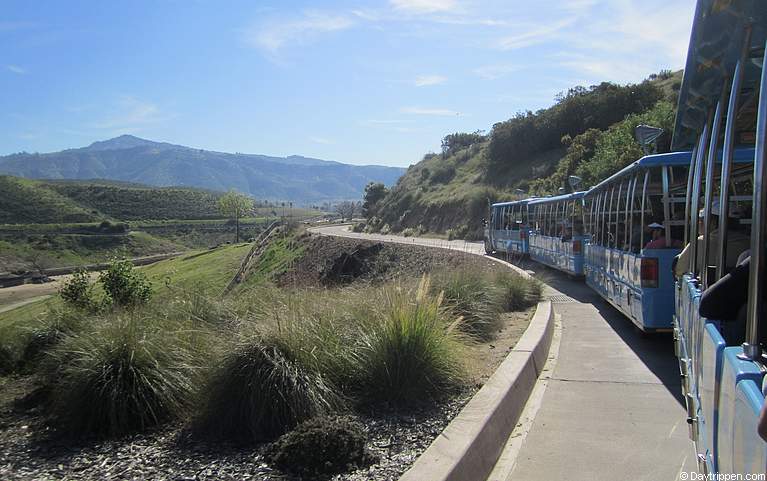 Then it’s off to the Journey into Africa Tour (included with admission). Guests will board at Simba Station for a 30-minute, a two-and-a-half-mile tram tour.

Visitors get an up-close look at the animals that occupy the park’s five, naturally landscaped habitats. Tip: try to sit on the left side of the tram. This will give you the best view of the animals. 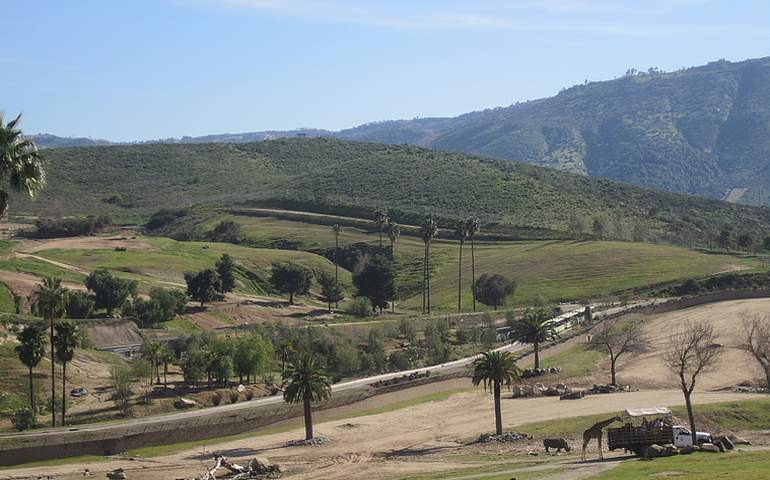 For those that want to get as close as possible to the park’s population, a Caravan Safari is available for an extra fee. If you are a photographer, whether amateur or pro, you cannot ask for a better setting. As you embark on your flatbed truck safari, at first, it may appear like something out of Jurassic Park.

As you enter through the gates, which close behind you while being prompted by the guide’s security measures. However, you won’t find any T-Rexes or brontosaurus stomping around. The ride is a bit bumpy, but the open-air is great, along with the amazing animals in their free-to-roam exhibits. 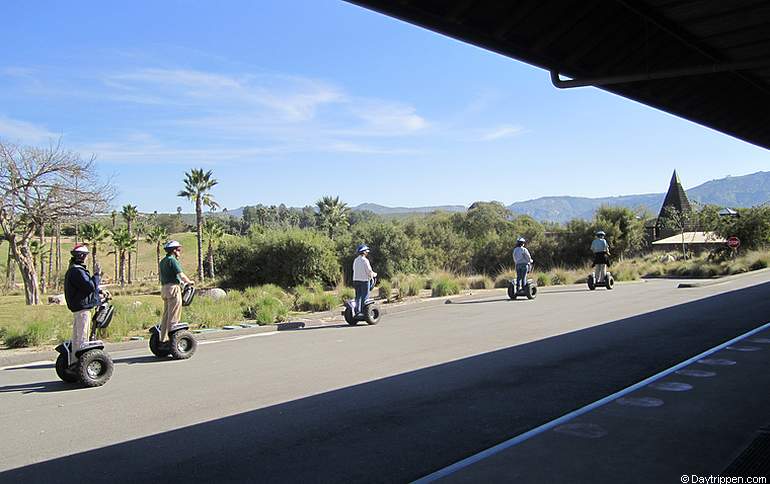 Another cool experience is the Rolling Safari Tour where guests quietly spin past packs of unusual wildlife an off-road Segway X2 – a two-wheeled electric personal transporter.

A tour guide leads the way, stopping at several scenic spots to take photos and listen to tales of the beasts that dwell in the park’s care.

If you’re feeling adventurous and sense the need to wander this wondrous animal kingdom, there are a couple of marked footpaths that one can navigate.

The first is the Heart of Africa interpretive walk. Your passage begins as you wind your way through lush landscapes bringing you face-to-face with wild Africa at its best, including an opportunity to hand-feed the Baringo giraffes at the end of your journey. 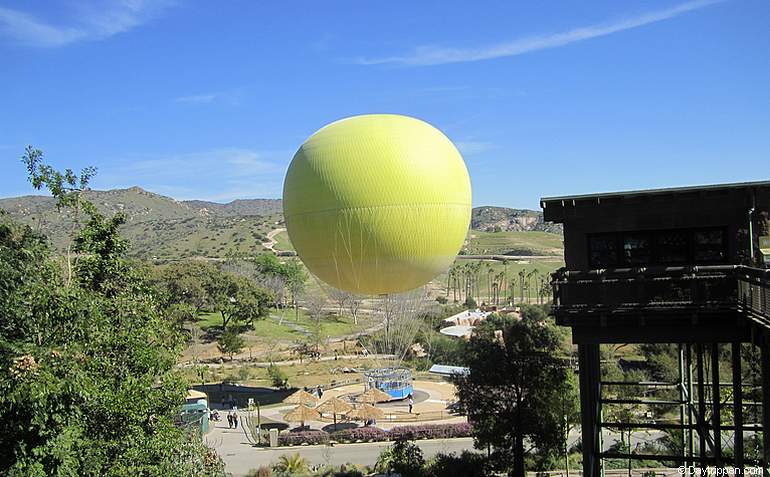 The second is the nearly two-mile Kilimanjaro Safari Walk that weaves travelers through the park’s mountainous East Africa section.

Explorers travel over a 70-foot suspension bridge on their way to an observation deck that offers a remarkable 360-degree view of the park.

There are lots of elevation changes and rather narrow paths in some areas and even with a map, one could get lost while looking for a particular exhibit. So stay on the walkway. 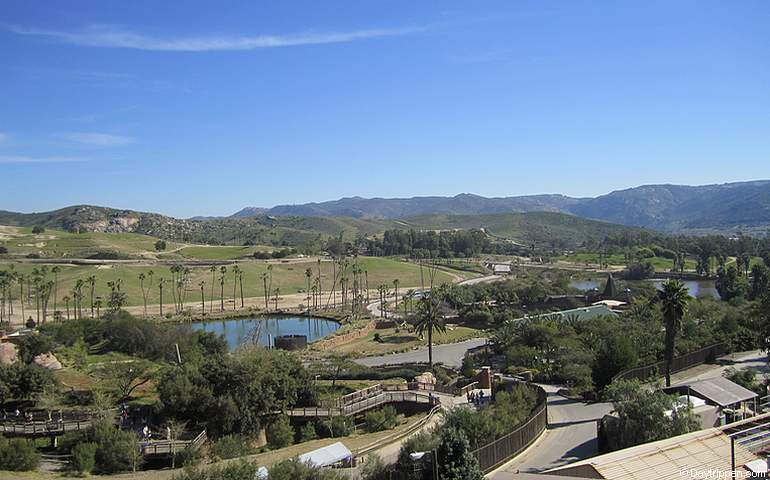 Thrill-seekers will find the Flight line Safari an exhilarating experience as they glide 60 feet above the ground on a zip line that covers two-thirds of a mile and lets visitors travel at speeds between 31 and 56 mph over the Asian Plains and East Africa exhibits.

For the little ones, there is the Petting Kraal, where kids can pet and feed goats, deer and other small animals such as the pack of amusing resident meerkats. For the kids of all ages, there is also the Savanna Cool Zone, an oasis of palm trees where you can cool off after a hot day of viewing wildlife.

Finally, there is a variety of behind-the-scenes adventures for your choosing, including the Roar and Snooze Safari. An awesome overnight campout in comfy canvas tents that includes an after-hours look at the animals, 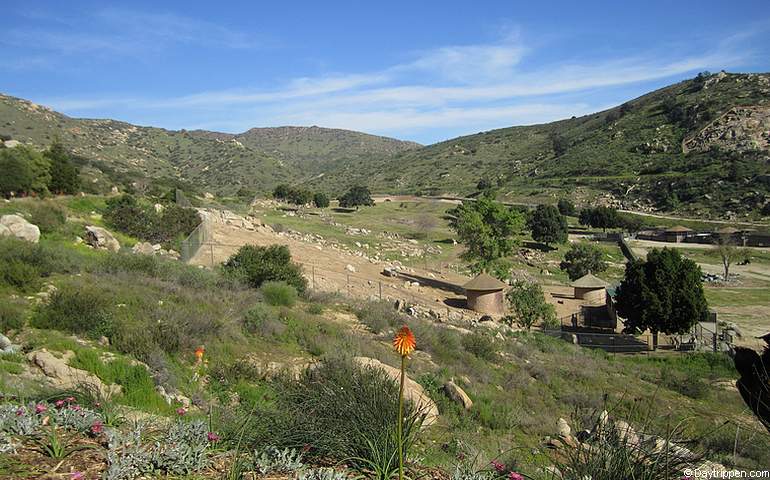 We recommend buying tickets ahead of time. If you buy tickets at the gate you will pay full price.  Check deals on this page, and also, check your local Costco they sometimes offer tickets. 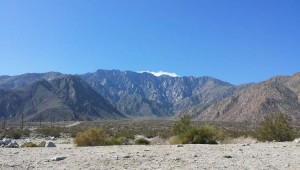 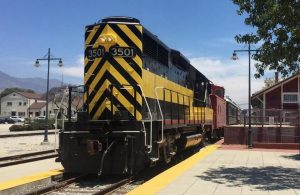 If you like trains, then you will love this list of train rides in Southern California. Amtrak Pacific Surfliner, Kids Trains, Dinner Trains, Weekend 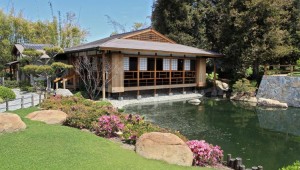 Tucked between a water reclamation plant and a golf course, the Japanese Garden in Van Nuys is a delightful reprieve from the hustle and bustle of Los

Southern California is home to many beautiful hidden gems. Our list features destinations that tourists often overlook. Some are in town, while others 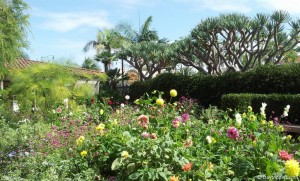 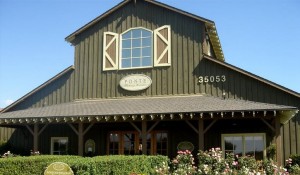