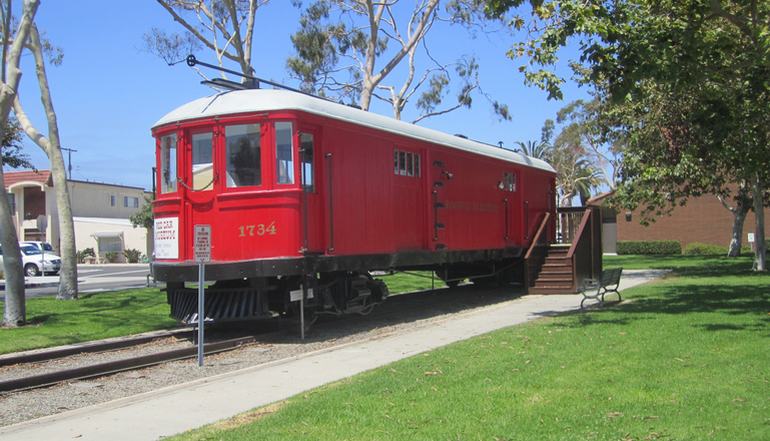 The Seal Beach Red Car Museum is located aboard Car No. 1734, a restored Pacific Electric Railway car on the corner of Main and Electric. The museum is a rare and unique glimpse into the mass transit system that once served Southern California using streetcars.

The interior of this car houses historical artifacts and is open to the public. Admission is free and you can visit this little museum every second and fourth Saturday of the month between noon and 3 pm. 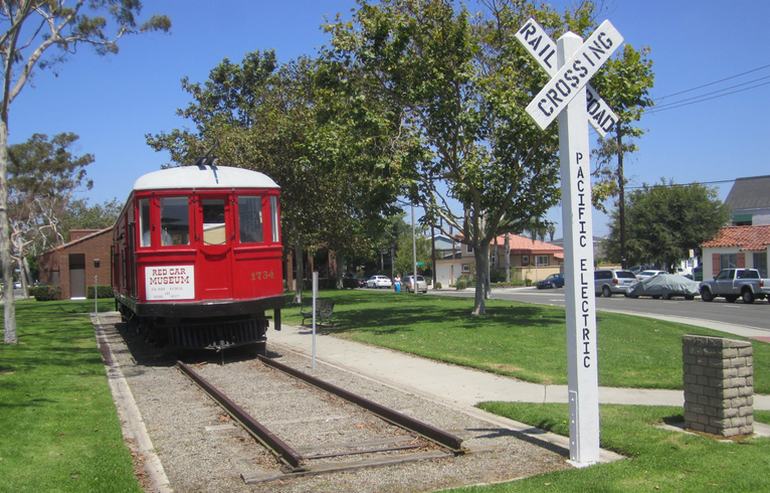 The Newport-Balboa Line was the first Pacific Electric line into Orange County. It ran down the coast from Long Beach to Newport Beach.

The PE began reducing service on this line in the 1940s, and the last passenger run was in 1950. The once-popular Red cars were replaced by automobiles and buses. 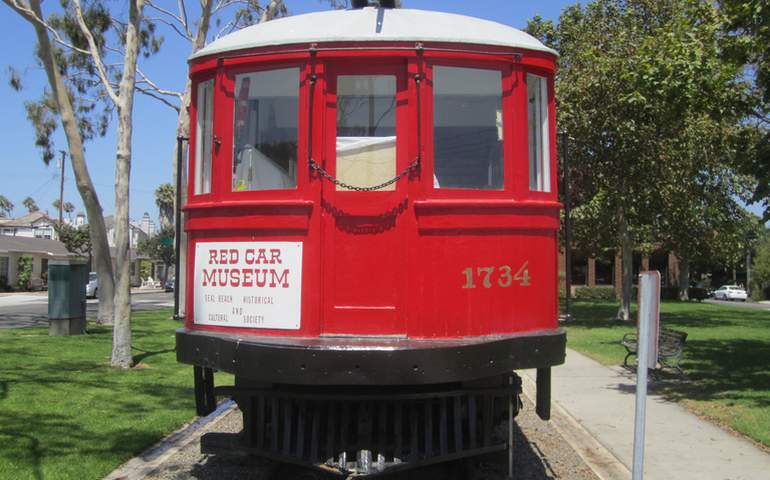 At one time, the Pacific Electric had over 1000 miles of trolley lines and 2700 scheduled trains each day in the Los Angeles area. You could board a red car trolley in Los Angeles and travel all the way to the Balboa Pavilion. The Pacific Electric Railway began reducing service on the Newport-Balboa line in the 1940s, and the last passenger train run was in 1950.

If you would like to ride a Pacific Electric Railway red car trolley we recommend take a trip to Perris California and visit the Orange Empire Railway Museum. On weekends the museum operates restored trolley cars along a two-mile track. 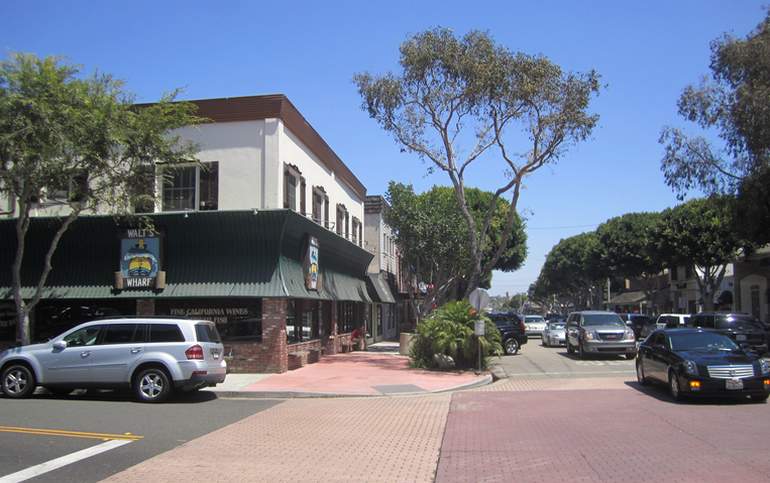 The greenbelt on which Seal Beach Red Car Museum sits was the old right of way for the Red Cars. The Newport-Balboa line that ran down the coast from Long Beach. The trains reached Huntington Beach via Seal Beach in 1904, and the tracks were extended to Newport Beach in 1905, and finally to Balboa in 1906.

The Seal Beach Red Car is a fixed display and only has a few feet of track on the original right of way. If you would like to ride a Pacific Electric Trolley car you can do so at the Orange Empire Railway Museum or San Pedro has a 1.5-mile ride on fully restored trolleys.

If you Like Trains you will Love These Trip Ideas