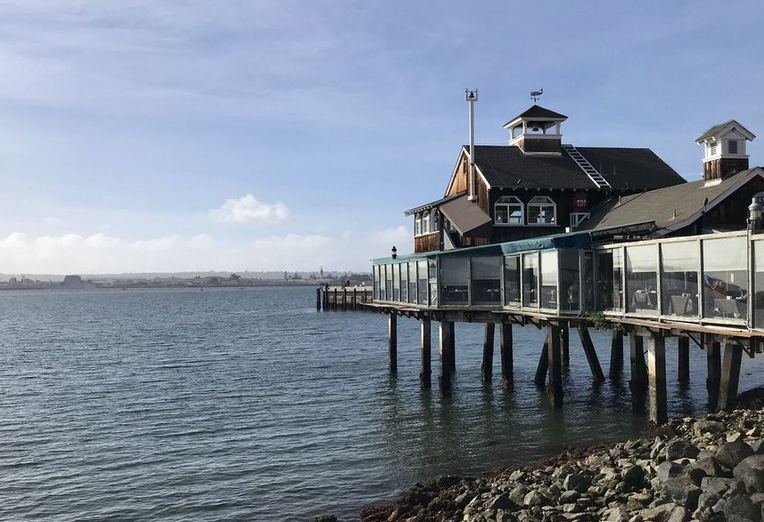 Located along a prime stretch of waterfront that spreads out across 14 acres, Seaport Village, a unique San Diego shopping, dining, and recreation experience. The village features over 50 unique shops plus restaurants that range from a Mexcian Cantina to a quaint Fish Market. 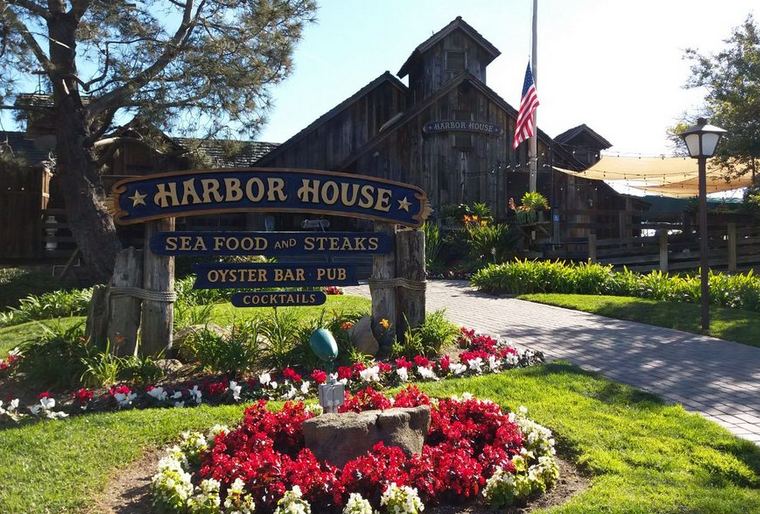 Snack bars and restaurants, many with harbor views, can also be found at the village, ranging from surf and turf to burgers and pizza. A few eateries open early for breakfast, and many have extended nighttime hours, especially in summer. Two of the most popular eateries are the Harbor House and Margarita’s Kitchen & Cantina. 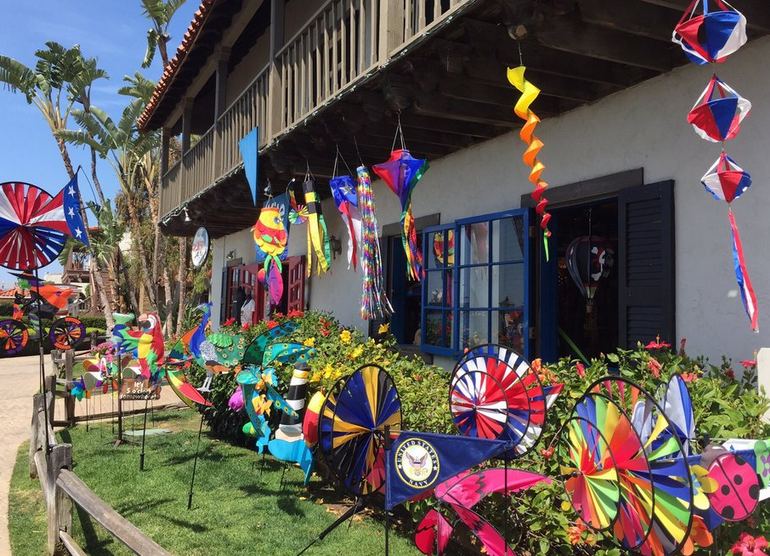 Specialty shops and restaurants including everything from a kite store and swing emporium to a shop devoted to old nautical and pirate-themed swag. And of course–a surf shop called San Diego Surf Company where you can pick up everything from Board shorts to bikinis. For a complete list of stores visit the Seaport Village website. 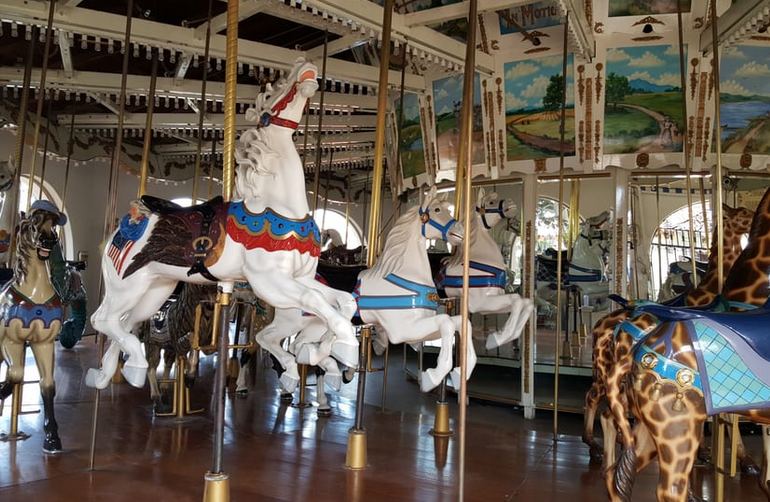 There are also horse and carriage rides, and at the center of the Village is an 1895 Looff carousel, with its 54 hand-carved and hand-painted animals including horses, a giraffe, dragon, elephant, and a dog. Tickets are only three dollars to ride the carousel. 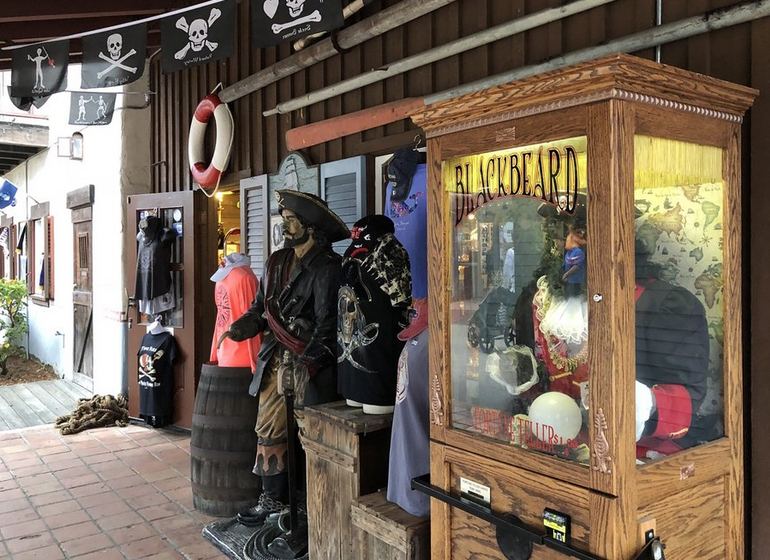 Frequent public entertainment is always a side attraction at Seaport Village and visitors will often encounter strolling clowns, balloon sculptors, mimes, minstrels, and magicians wandering throughout the village to entertain adults and children. Live music is offered most weekends. Every year in April, be sure to catch the Seaport Buskers Fest, featuring a wide array of street performers. 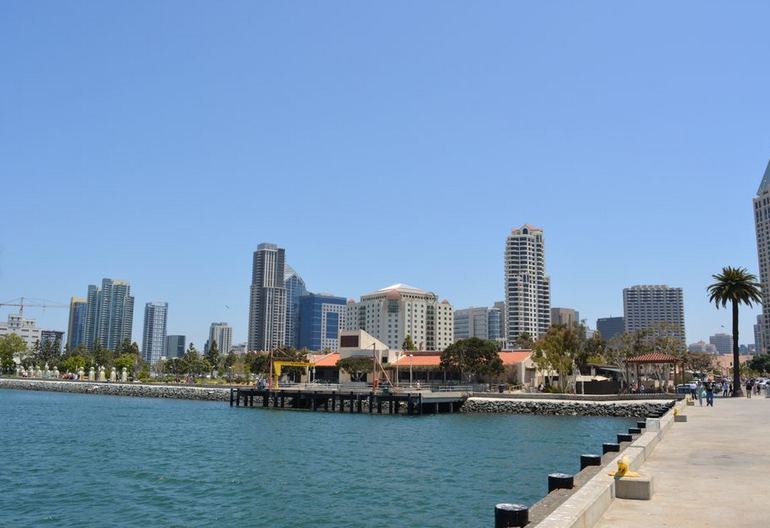 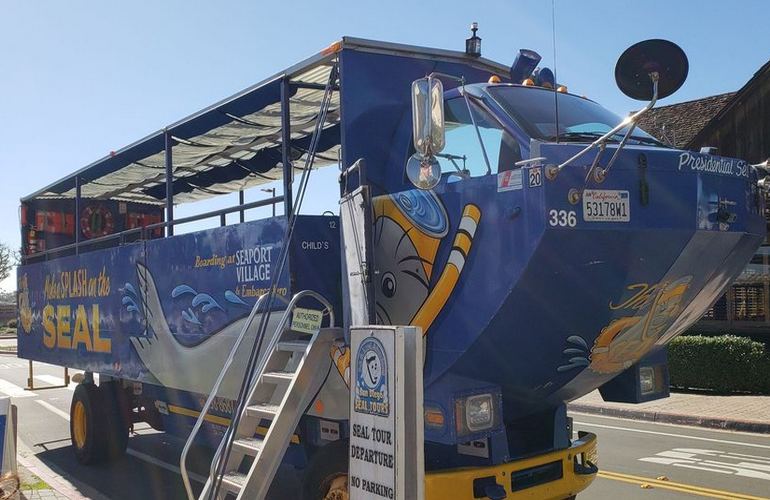 San Diego SEAL Amphibious Tour lets you see the city like no other sightseeing tour can. The 90-minute fully-narrated lets you view San Diego from both land and water. The tour departs from Seaport Village and heads down Harbor Island Drive to Shelter Island, where you splash into the San Diego Bay. 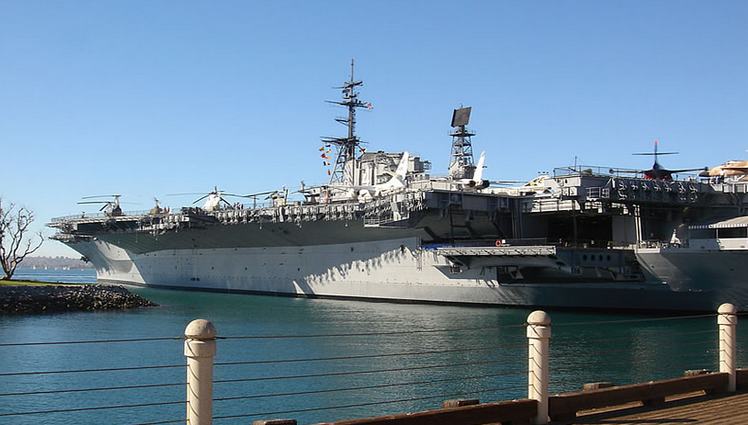 One of those being the USS Midway, a real-life floating tribute to American military history where visitors can view first-hand what life was like on this massive superstructure, exploring the galley, bridge, berthing spaces, hangar deck, and flight deck. 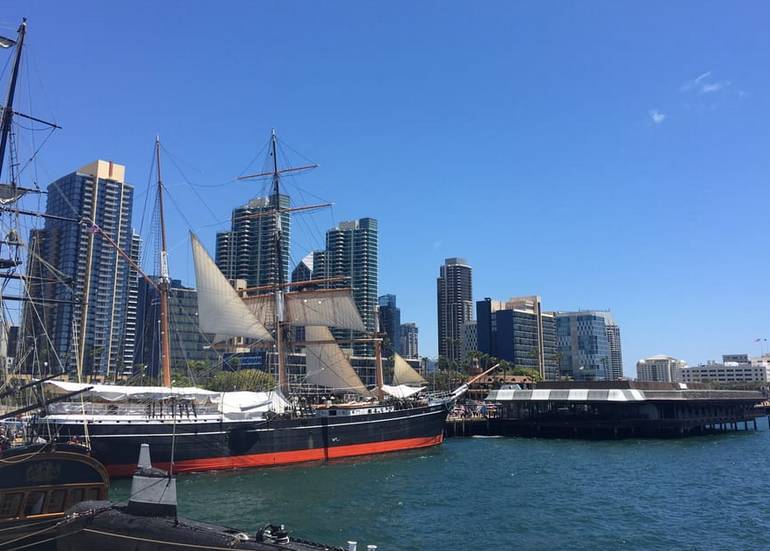 Next to the USS Midway is the San Diego Maritime Museum. After paying a modest admission fee, visitors will embark on a fascinating journey through nautical history exploring several ships, ferries, and sailing vessels, as well as a both a US and Soviet submarine. One of the ships showcased at the museum is the Star of India. 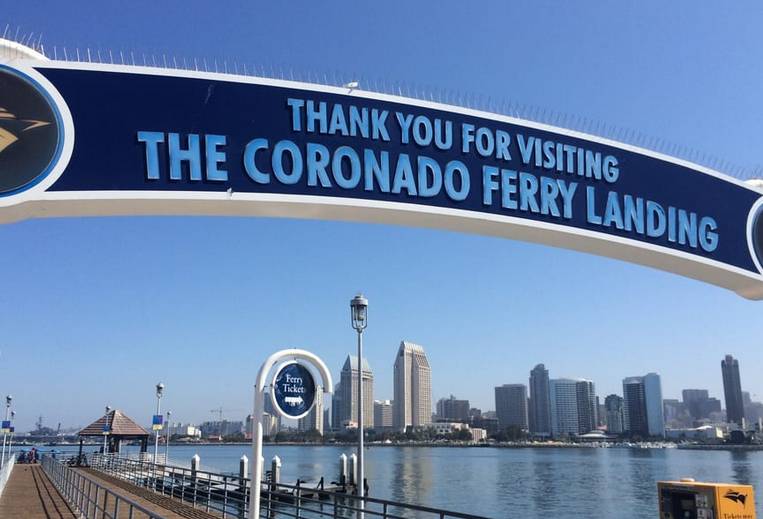 After a day of walking, a fun way to get around San Diego is via the San Diego Ferry. Just steps from the museum, the ferry departs from the Broadway Pier commercial boat area and takes just 20 minutes to reach The Ferry Landing Place on nearby Coronado Island. 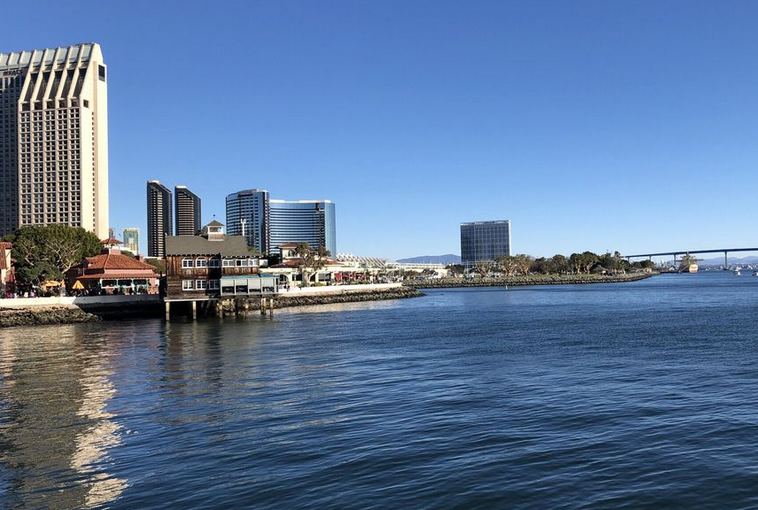 Getting To Seaport Village

Seaport Village’s shops are open 10 am to 9 pm daily. Parking is easily accessible with two hours free with purchase validation. The Village is located in Downtown San Diego on West Harbor Drive and Pacific Highway. Adjacent to Embarcadero Park North. 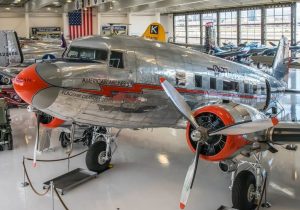 Carson City makes a great day trip from Reno. Just a short 30-minute drive takes you to the capital of Nevada, a modest town, named after the famous

Get out your hiking boots and explore the over 1,600 acres of open space on the Palos Verdes Peninsula. Ten of the area’s largest preserves

Sunny Jim Cave can be reached by climbing down a stairway and through a tunnel. The tunnel entrance is inside La Jolla"s Cave Store on Coast Blvd. The

We have put together an extensive list of Orange County day trip ideas. Discover fun things to do in OC from tourist attractions to hidden gems. Start