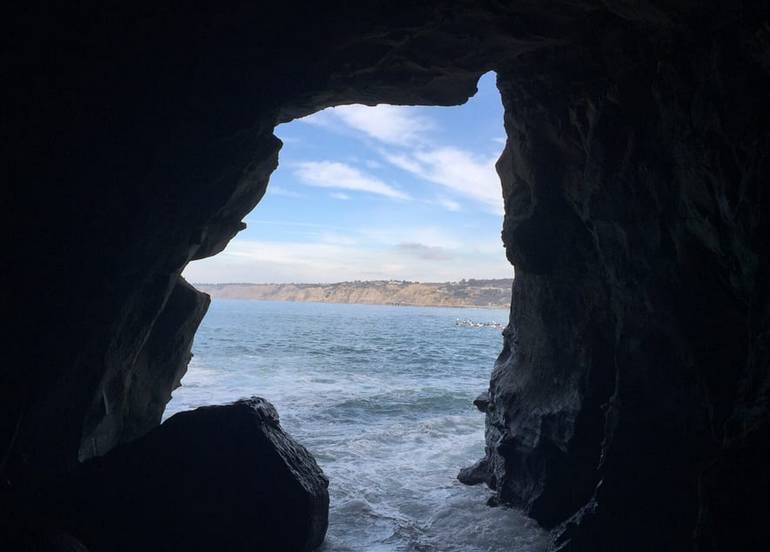 Sunny Jim Cave can be reached by climbing down a stairway and through a tunnel. The tunnel entrance is inside La Jolla”s Cave Store on Coast Blvd. The cave store charges a small fee to climb down 145 steps to the bottom of the cave.

The cave was dug into the sandstone cliff in 1902 by Chinese laborers. The tunnel was used to smuggle alcohol during prohibition. The name “Sunny Jim” was given to the cave because the cave entrance looks cartoon character Sunny Jim that was a promotional character for the British Forces cereal products in the 1920s. 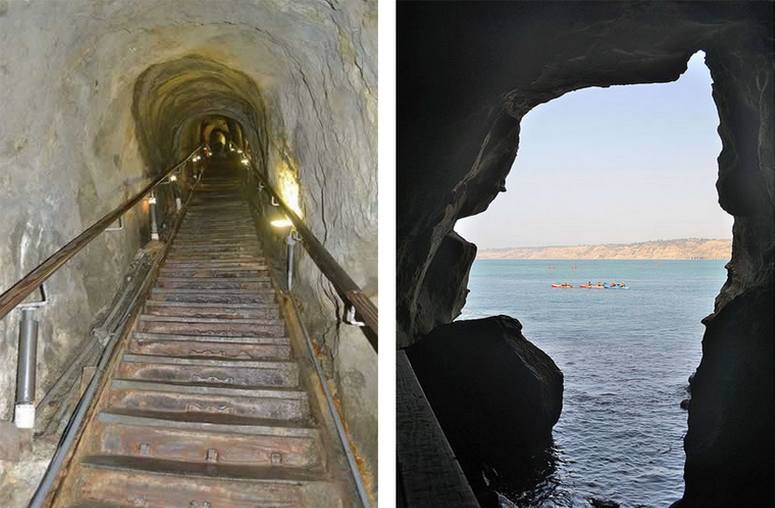 Once at the bottom, you can stand on a platform that looks out of the cave, opening into the ocean and view the outline of “Sunny Jim.” This cave is the only La Jolla cave that is accessible without getting wet. The rest of the caves you will need to visit by way or kayak or boat. 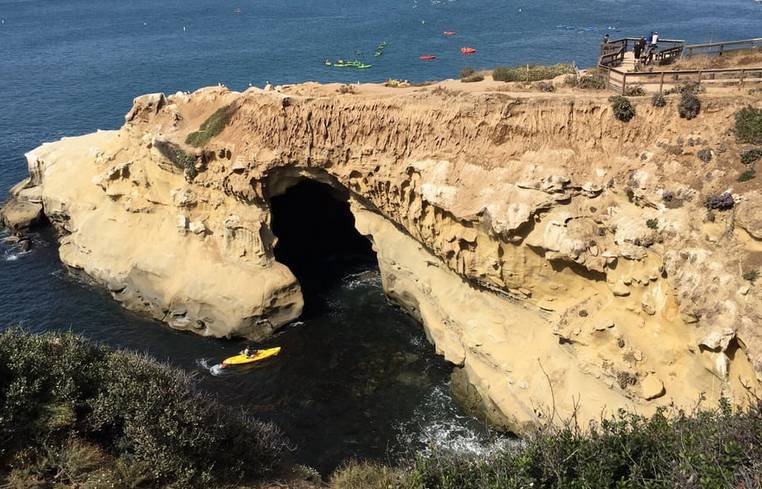 Clam’s Cave is the only sea cave that is visible from land. Clam’s Cave can be seen from Goldfish Point along the La Jolla Bluff trail. All of the other La Jolla caves can only be viewed from the ocean. 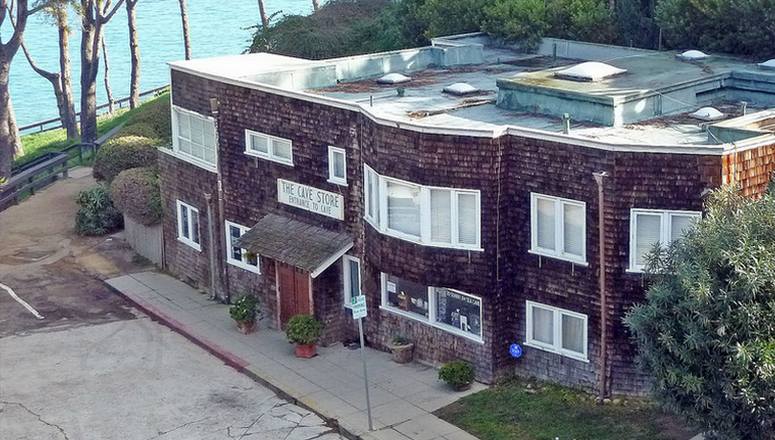 Where is Sunny Jim Cave

The Cave store is located at 1325 Coast Blvd La Jolla, CA 92037, and is one of the oldest businesses in town. Parking can be hard to find near the store entrance.

“Tours are approximately 15-20 minutes long. Come prepared to both descend and climb the original 144 stairs (roughly a five-minute ascent at a gentle pace). Experience a real piece of San Diego history at the Cave Store.”

More Fun Things To Do in La Jolla