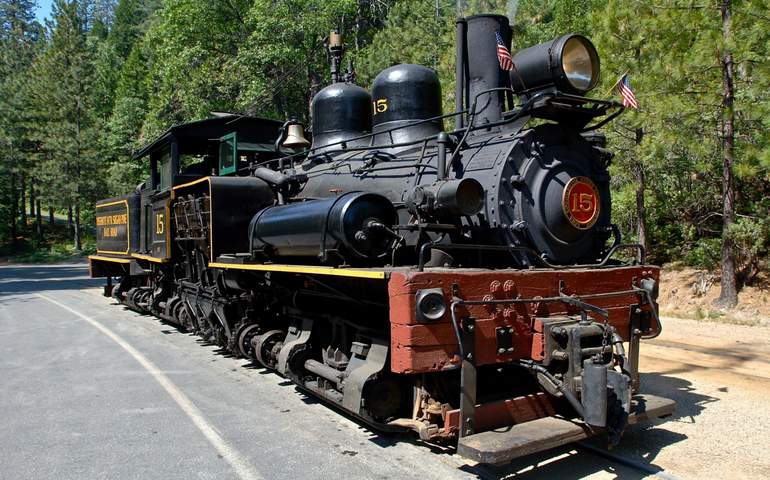 Where mighty loggers felled, the timber and flumes carried lumber to the distant valley below. The Sierra National Forest’s majestic woods provide the backdrop for the narrow gauge journey back in time. Open April through October, the railroad features scenic train rides, gold panning, and an interesting little museum and gift shop. 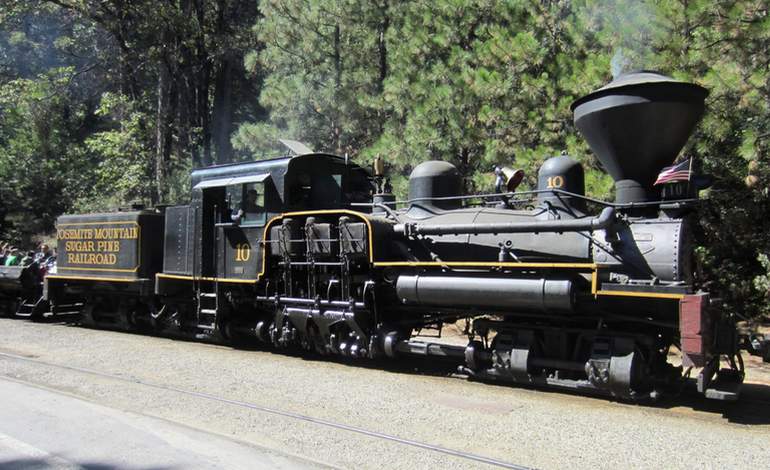 Sugar Pine Railroad operates two steam shay locomotives along the historic route of the Madera Sugar Pine Lumber Company. A Steam locomotive operates twice a day during the summer months. The railroad’s “Jenny” railcars, capable of carrying about a dozen passengers, run about once an hour if you miss the steam train. 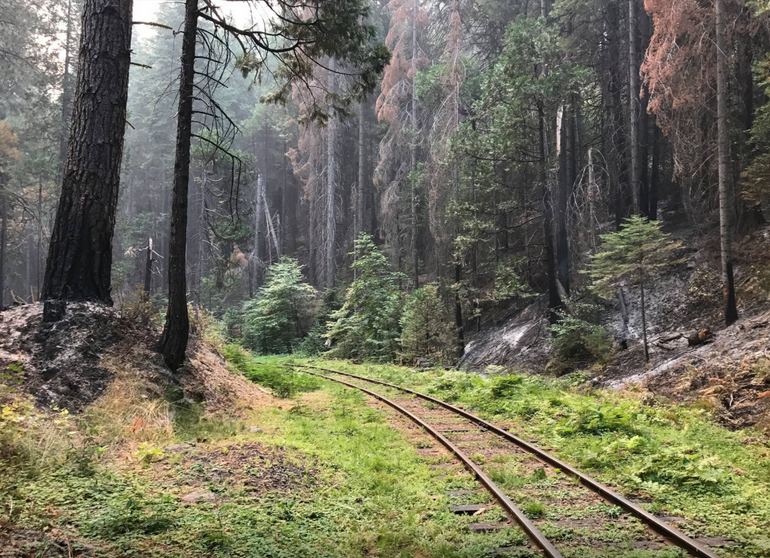 The Yosemite steam train ride lasts about one hour and takes you through the beautiful Sierra National Forest. The train travels about four miles on the historic Madera Sugar Pine Railroad through a forest of huge trees. Midway through the trip, there is a ten-minute break while the engine takes on the water before heading back to the station. You can sit in an open car that looks like a log or in covered cars that offer some shade. This trip is pet-friendly; dogs ride free. 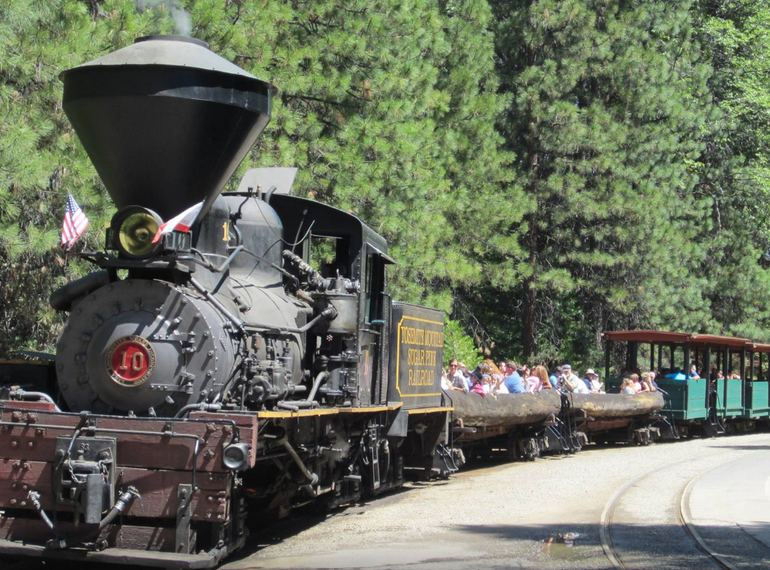 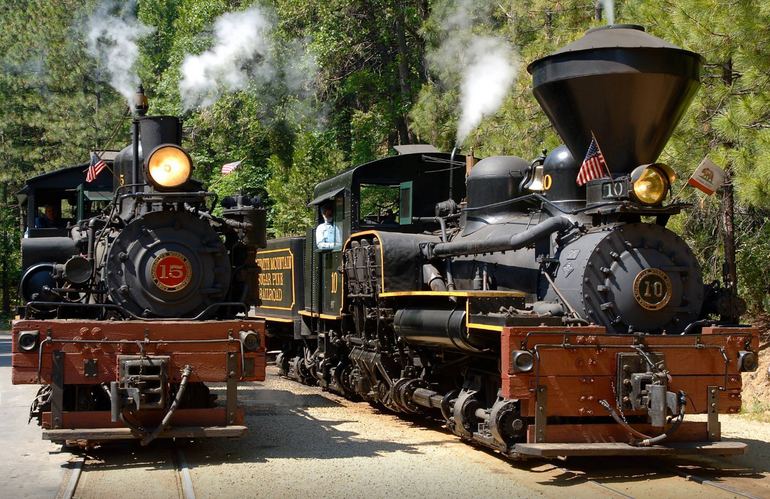 Number 15 is also a 3 ft narrow gauge three-truck Shay steam locomotive. It was originally constructed in 1913. It spent many years of service with the West Side Lumber Company until it shut down in the 1960s. From there, it hauled tourists for several years before becoming a static display in Tuolumne, California. The Yosemite Sugar Pine Railroad acquired Number 15 in 1986, and it has been there ever since. 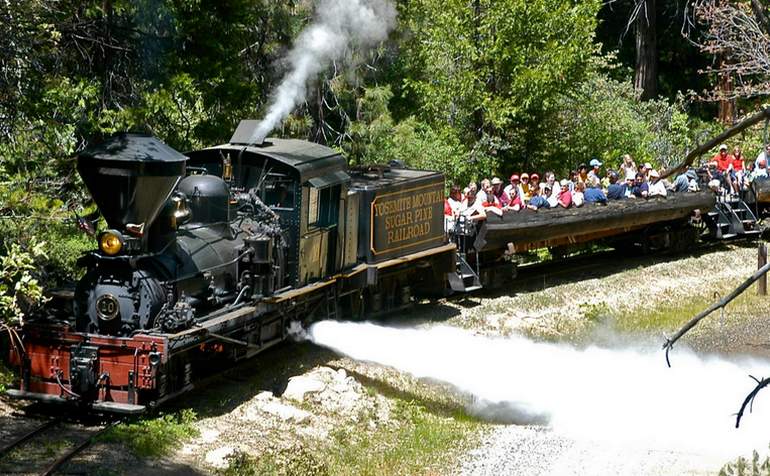 Along with the four-mile train trip, the Yosemite Sugar Pine Railroad offers moonlight specials during May. Enjoy a barbecued steak or chicken dinner and a stop-over in Lewis Creek Canyon for live music by the Sugar Pine band. 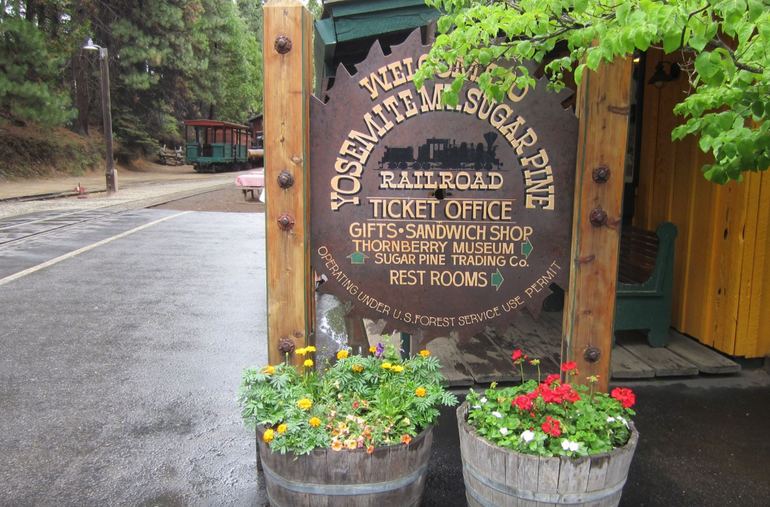 Yosemite Mountain Sugar Pine Railroad is located at 56001 Hwy 41, Fish Camp, California. Tickets can be purchased online at the Railroads website or the gift shop before you board.  Plan on a one-hour drive from Fresno, California.