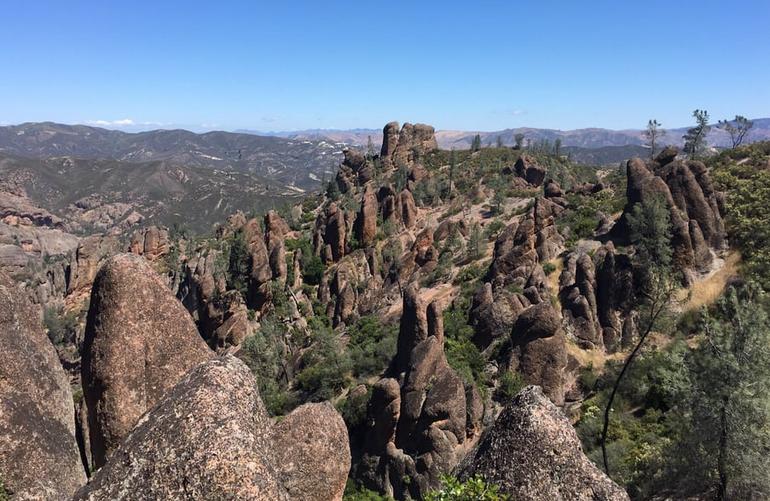 Protected by the mountains east of central California’s Salinas Valley, Pinnacles National Park is home to a collection of unique rock formations, hidden caves and beautiful peaks and valleys created by an extinct volcano.

The park is an exceptional place to observe wildlife and is the nation’s foremost spot to view the rare California condor. 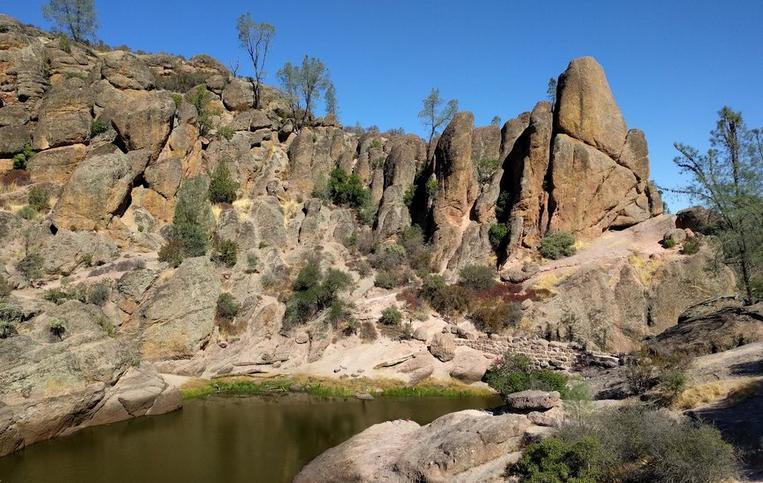 Pinnacles National Park is nation’s newest national park and most often visited during spring and fall because of the abundance of wildflowers and the intense heat during the summer months.

The park is divided into the east end west entrances by the rock formations and connected by a system of trails that access both the park’s numerous caves and peaks.

Each trial is distinctive from one another and none very long, making it possible to complete a number of them with an extensive, beautiful day of hiking. It’s a great way to see the entire park up close. 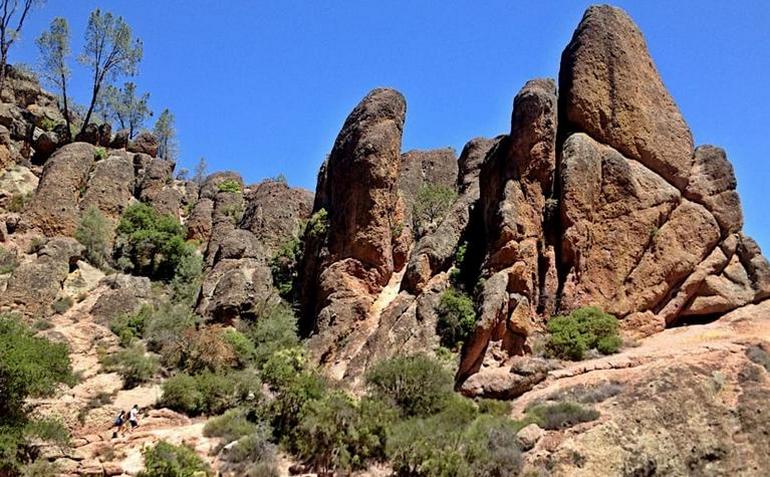 And while the eastern entrance to the park has plenty of areas with shade and water, the west has high walls and is more remote. The rock formations offer towering pinnacles that attract rock climbers from all over, and a pair of Talus caves for adventurers to explore.

The first is Bear Gulch Cave, which provides a home to the largest maternity colony of Townsend’s big-eared bats between San Francisco and Mexico.

The lower half of the cave is usually open from mid-July through mid-May each year, depending on the presence of the colony of bats. 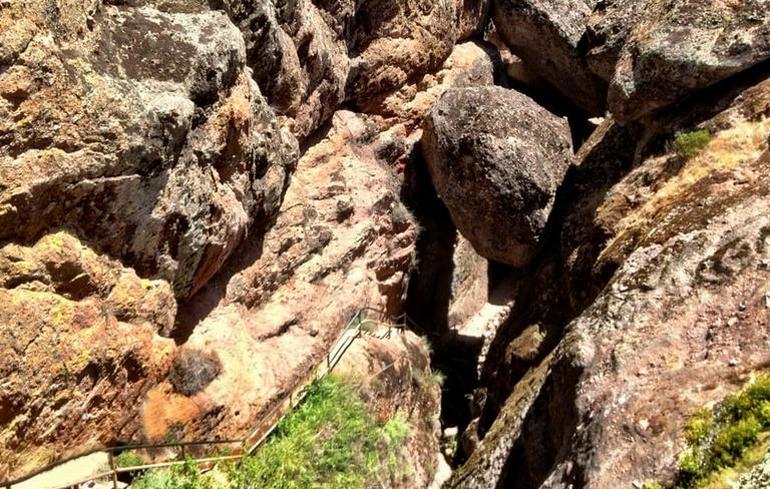 The other cave is Balconies Cave, which was created by a rock fall when the hillside now known as the Balconies collapsed into the valley. Spelunkers can negotiate the caves dark cavities as the passage is safe and relatively easy.

The other cave is Balconies Cave, which was created by a rock fall when the hillside now known as the Balconies collapsed into the valley. 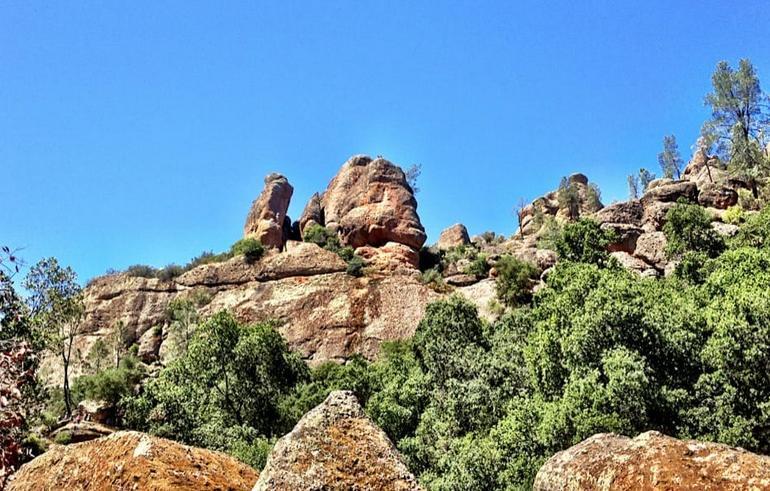 Park rangers can provide advice about trails, as well as recommendations for different fitness and experience levels for trails and cave exploration.

What to Bring Pinnacles National Park

Visitors can also purchase a Pinnacles National Park Annual Pass. If you plan on going through the caves, bring along a flashlight. The park is an easy day trip from the Bay Area or California Central Valley. If you are traveling from Southern California you may spend a night in the campground. 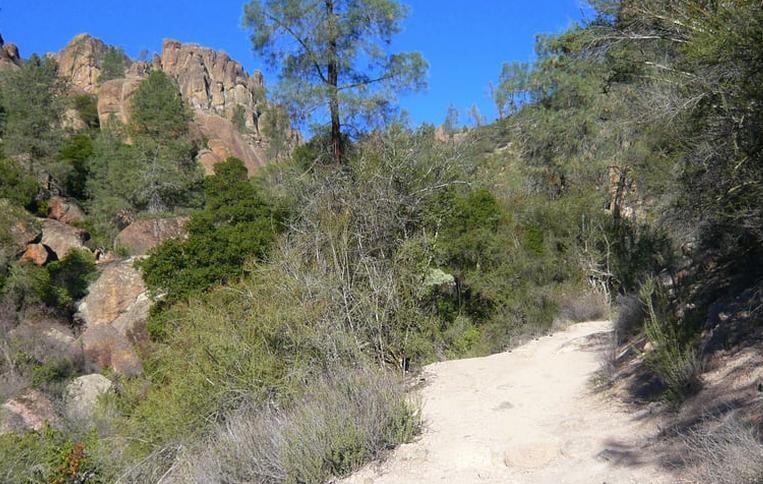 Pinnacles Campground is open year round and offers 134 campsites.

Pinnacles National Park also has a drive-in campground for those who’d like to spend more than a day, but it is only accessible from the eastern entrance. The campground offers tent and group camping, along with RV sites, most of which have electrical hookups and share community tables and barbecue pits. All sites are by reservation only.

The east entrance of Pinnacles National Park is open 24 hours a day, seven days a week and a modest per vehicle entrance fee are collected year round. 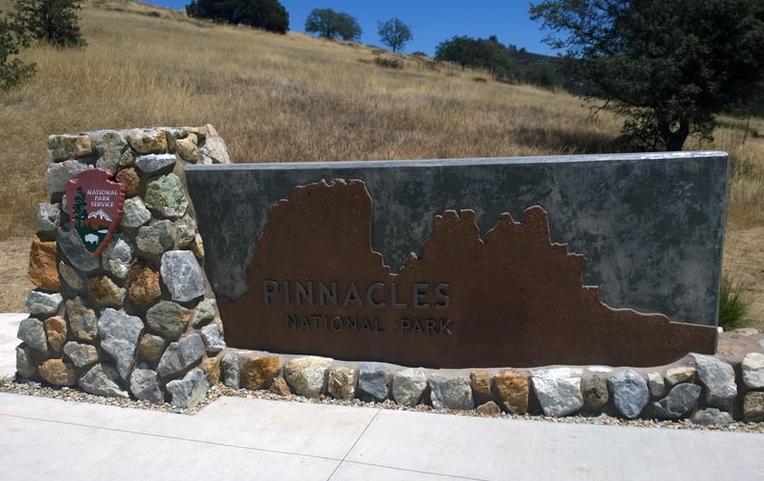 Where is Pinnacles National Park

When driving to Pinnacles National Park, please keep in mind that there is no road that connects the east and west entrances of the park.

From the north, drive south on Highway 25, turn right onto Highway 146 to enter Pinnacles National Monument.

From the south take Highway 101 south to Soledad, turn left on Metz Road then turn left on Highway 146 to enter Pinnacles National Monument. 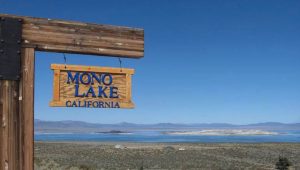 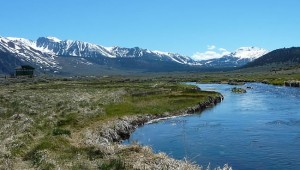 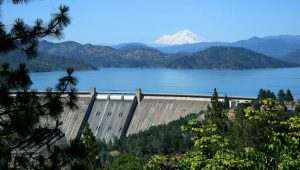 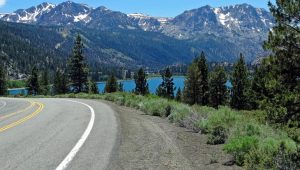 Inyo County is California's second-largest county. Highway 395 runs through the center of Inyo County along the Owens River Valley. With the eastern High Sierra to the east, the White Mountains to the west. A road trip along Highway 395 is one of the