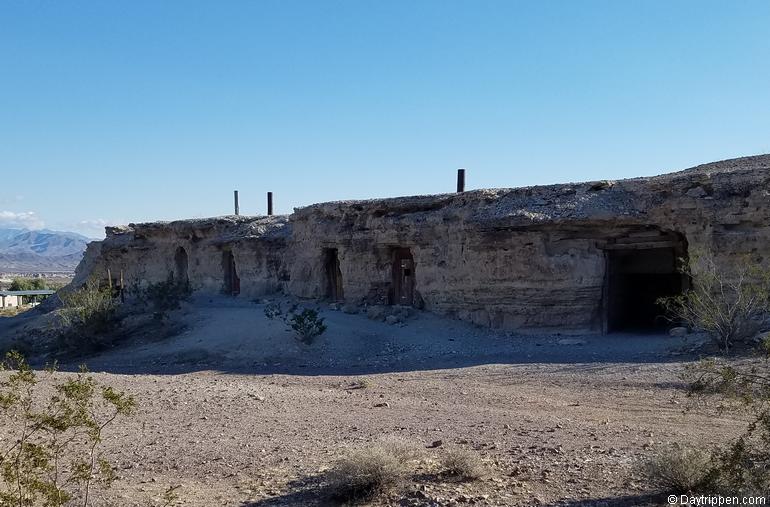 Dublin Gulch is not your typical ghost town. Most of the city is underground. In the early 1900s, miners and railroad workers carved out living quarters in the cliffs near Shoshone, California. The cave dwellings served two purposes. To escape the searing summer heat and insulation from the freezing Mojave Desert winters. 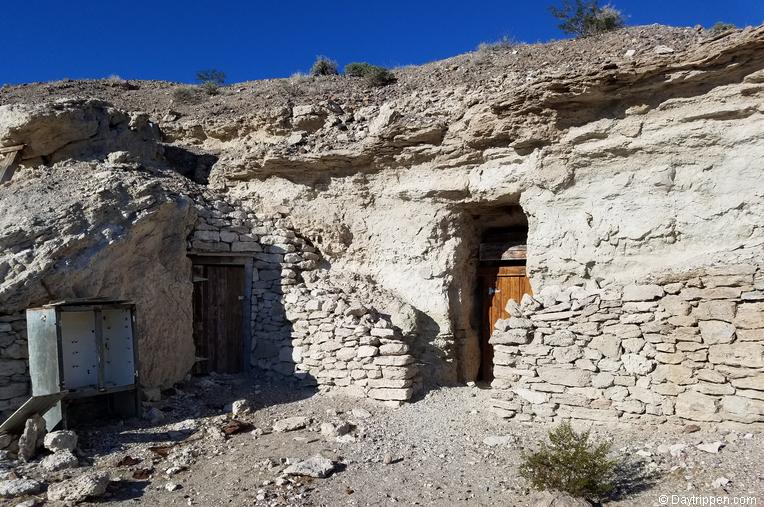 Dublin Gulch caves line both sides of a dirt road about a half-mile off Highway 178 in Shoshone, California. The best-preserved caves are on the right side. Most of these have padlocked doors to keep out vandals.

If you take the time to explore the area, you can find several cave dwellings that you can enter. Once inside, you can imagine what it was like living underground in the Mojave Desert. 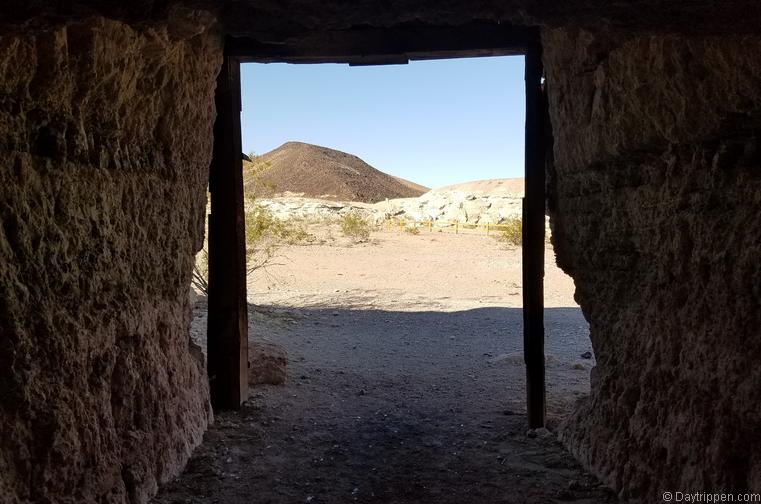 Dublin Gulch was inhabited on and off up until the mid-1970s. Miners, hobos, hippies, and derelicts all called these caves home. When one person moved out or died, another moved in.

Rumor has it that several Manson family members lived in these caves after being kicked out of Barker Ranch by Charles Manson. Frank “Shorty” Harris, one of the well-known Death Valley prospectors, also lived in the Dublin Gulch. 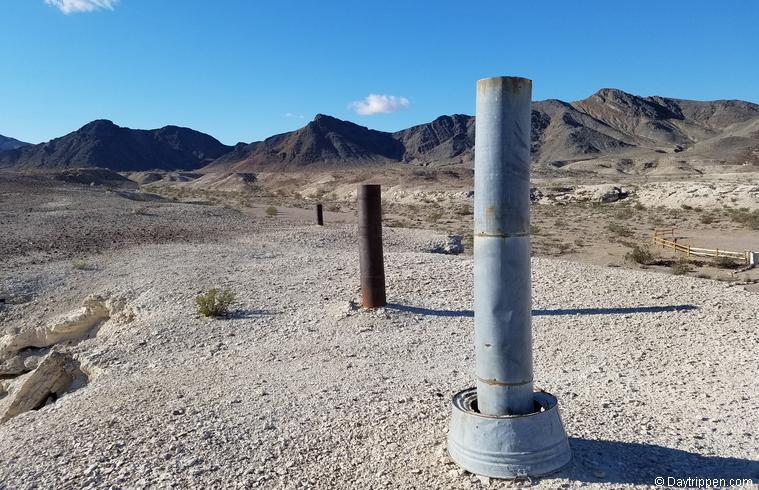 Most of the cave dwellings have only one room. One of the more luxurious homes has several rooms plus a garage. Fireplaces heated several of the caves. Stovepipes can still be seen protruding from the top of the bluff. 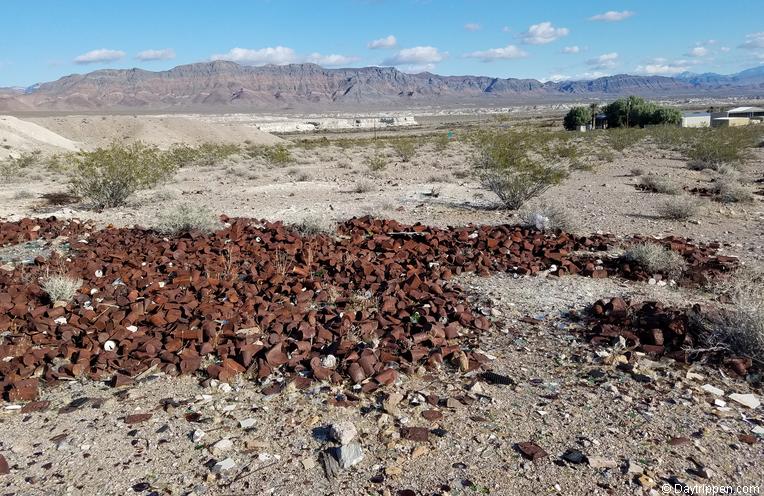 Residents of the cavern homes were not the cleanest bunch. There are several huge piles of cans littering the area. Sanitation consisted of a two-seat outhouse that is still there today. If you need to use the restroom, we suggest using the one next to the Shoshone Post Office. You will more than likely find a rattlesnake sitting in the gulch outhouse. 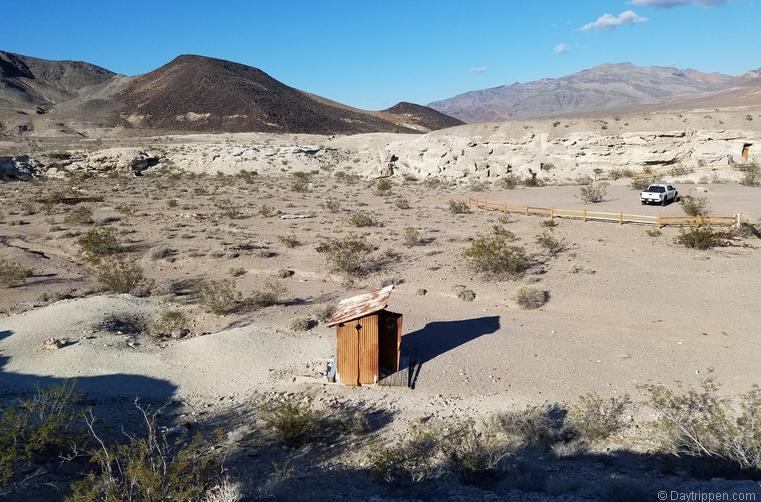 Where is Dublin Gulch Ghost Town

Dublin Gulch is located about a half-mile outside of Shoshone, California. Follow the dirt road next to the cemetery to reach the cave dwellings. The road is rough and may not be suitable for low clearance vehicles. (you can always walk. It’s not too far.) Shoshone is 53 miles south of Baker, California, on Highway 127. 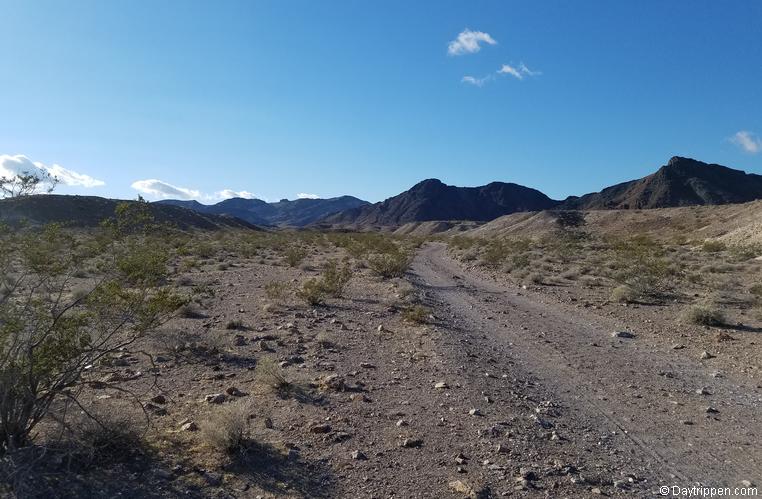 Death Valley National Park. Top Attractions. Where to go, what to see.

Shoshone California and the Crowbar Saloon.