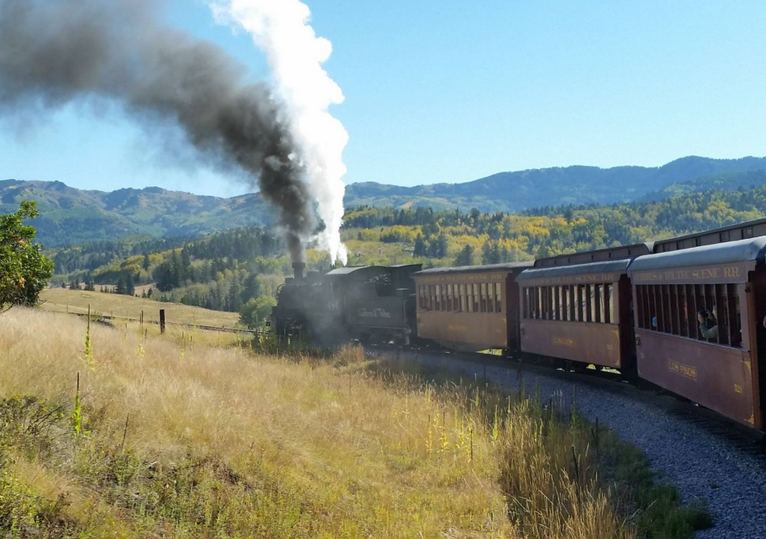 The Cumbres & Toltec Railroad is a National Historic Landmark that takes visitors on a narrow-gauge steam train that runs along the New Mexico Colorado border. Ticket options include half-day and full-day trips. Half-day tickets are a three-hour line. Return to the station is via bus.

Full-day rides travel the entire 64-mile route starting in Chama, New Mexico, or Antonito, Colorado. The return trip is via bus. Whatever option you choose, you will not be disappointed. Website. 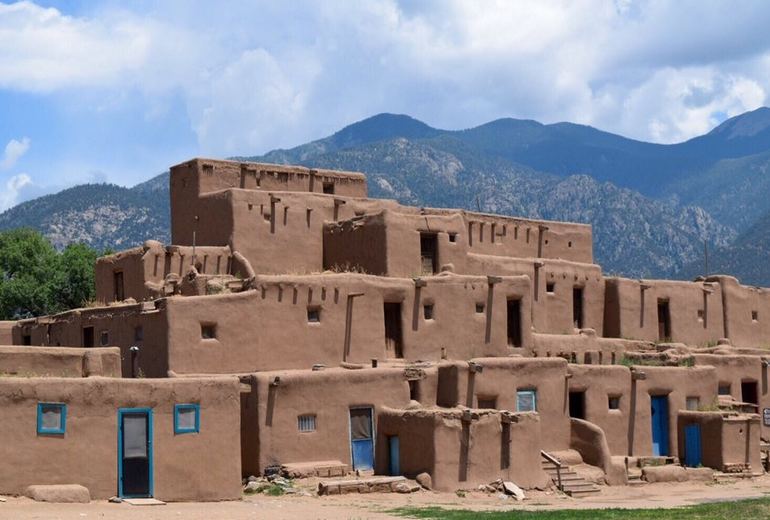 Taos Pueblo World Heritage Site is the high desert village of the Red Willow People. The main building is one of the most photographed buildings in the US and was originally built nearly 1000 years ago. Today visitors must pay an entrance fee to take a self-guided tour of the pueblo and surrounding grounds.

Guided tours are also offered for about thirty minutes. Traditional arts and crafts are available for sale. The Tiwa Kitchen Restaurant at the Pueblo sells traditional New Mexican and Native American foods, including fry bed and fried squash. Website. 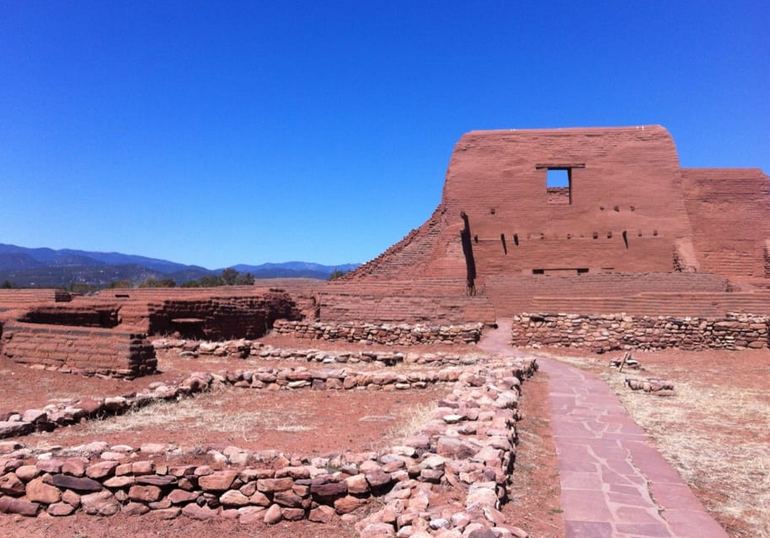 This park features ruins from the Pecos Pueblo and Spanish mission church. The Pueblo was once home to about 2,000 people and dates back over 900 years. In 1625 a Spanish mission church was built just outside of the Pueblo. The Spanish colonists tried to convert the natives, with little success, to the Christian religion.

Today visitors can take a one-mile exhibit trail and learn about the history and culture of the Pueblo. The park’s museum displays artifacts from the Indian and Spanish settlements at Pecos. Website. 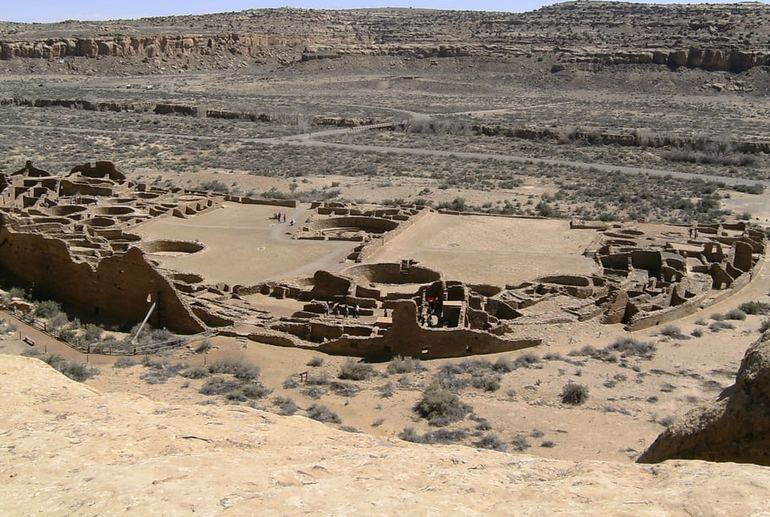 It takes quite a bit of effort to visit Chaco Culture National Historical Park, but it’s well worth it to visit the Ancient Pueblo ruins. Located in a remote area of northwestern New Mexico, Chaco Canyon is 70-miles from the town of Farmington. The final 14-miles to the canyon are on a bumpy dirt road.

You can easily see several ruins on a day trip. Pueblo Bonito, Pueblo del Arroyo, and Yellow House are all in the same area. The entrance fee is $25.00. Pay at the visitor center. Website. 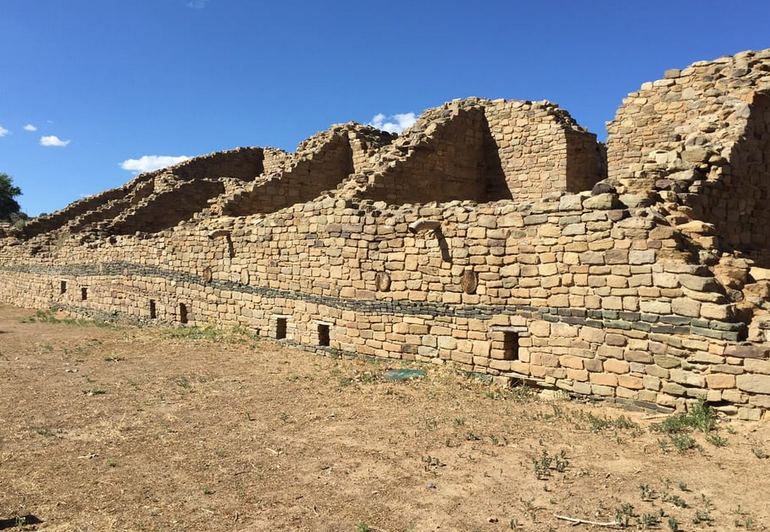 These ancient Pueblo ruins are easily accessible via paved roads. Located 12 miles northeast of Farmington, the ruins date back 900-years. Early settlers mistakenly believed they were built by the Aztecs, and the name stuck even though they were built by the Pueblo people. The main ruin here is the 400 room Pueblo Great House. There is also a reconstructed Great Kiva at the monument. Website. 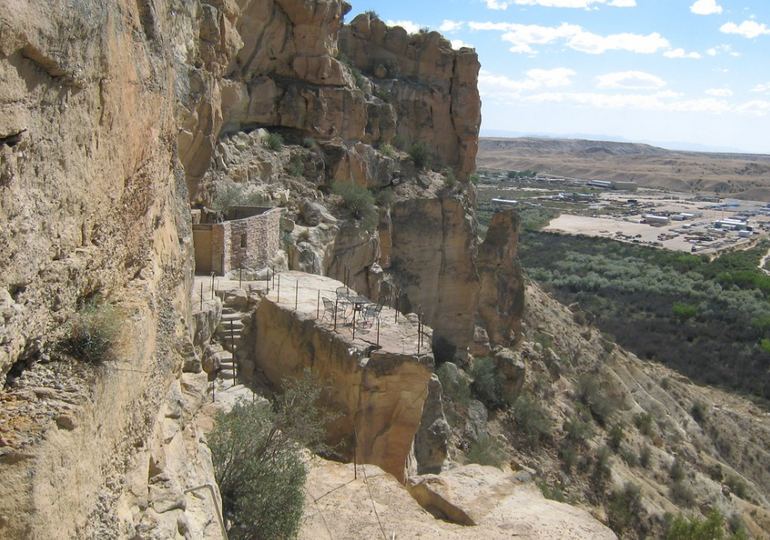 With so many ancient cave dwellings in New Mexico, you might want to see what it is like to live in one. Kokopelli’s Cave looks like a Pueblo ruin; from the inside, it is more like a modern apartment. The cave features a living room, bedroom, kitchen, shower, and jacuzzi tub. There is even a replica of a Native American kiva in the cave. More information and reservations can be found at Kokopelli’s Cave website. Address 87 Rd 1980, Farmington, NM. 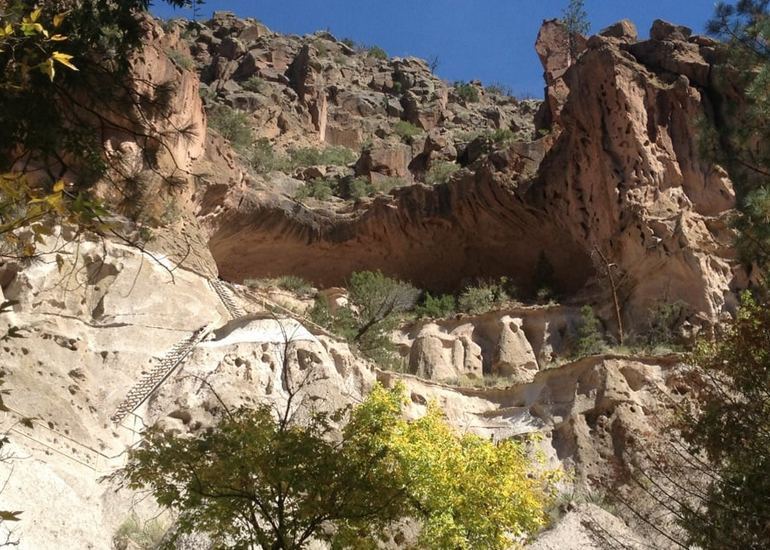 Bandelier National Monument features spectacular cave dwellings that can only be reached by a 180-foot climb. There are 4 wooden ladders, ranging from 8-feet to 20 feet long. Dwellings here date back to over 1000 years. A one-mile main Loop Trail lets visitors view most of the historic sites, including the ladder cave.

Bandelier is probably the most exciting ancient ruin in New Mexico, especially if you decide to climb the ladders. During the summer, visitors must ride a shuttle bus from the White Rock visitor. 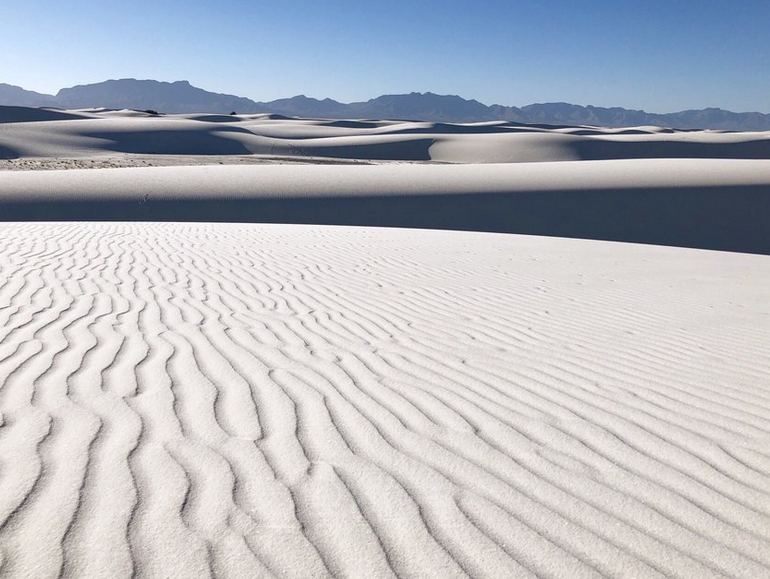 The sand here is so white it looks like snow. The sand is made up of gypsum crystals and one of the few places in the world where these types of dunes occur. Your first stop should be the visitor center. From here, there is a 10-mile loop drive into the dunes where you can get out and climb up the dunes and take in the amazing desert scenery. White Sands is located midway between Alamogordo and Las Cruces, New Mexico, along Highway US-70. Website. 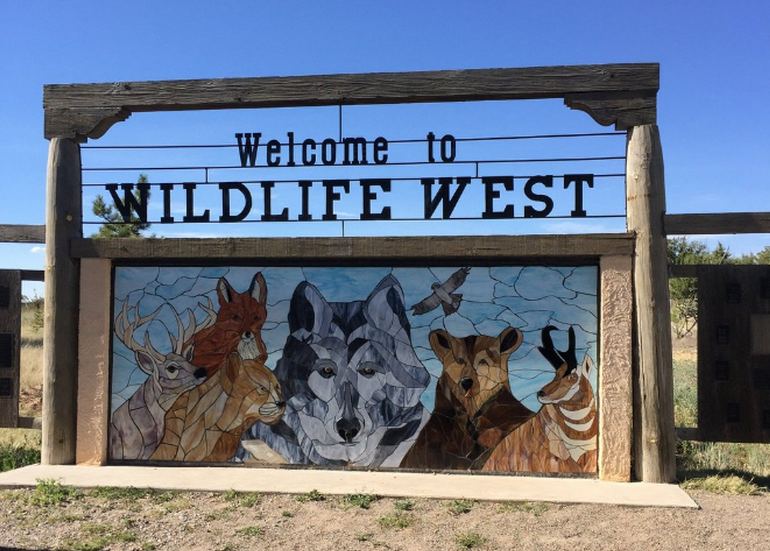 30 miles east of Albuquerque, New Mexico, is an animal sanctuary zoo called the Wildlife West Nature Park. All of the critters here rescue animals that can no longer live in the wild. You will find coyotes, wolves, elk, deer, cougars, owls, foxes owls as you wander around the park. The grounds are natural, and the animals have room to move around, unlike many small zoos. 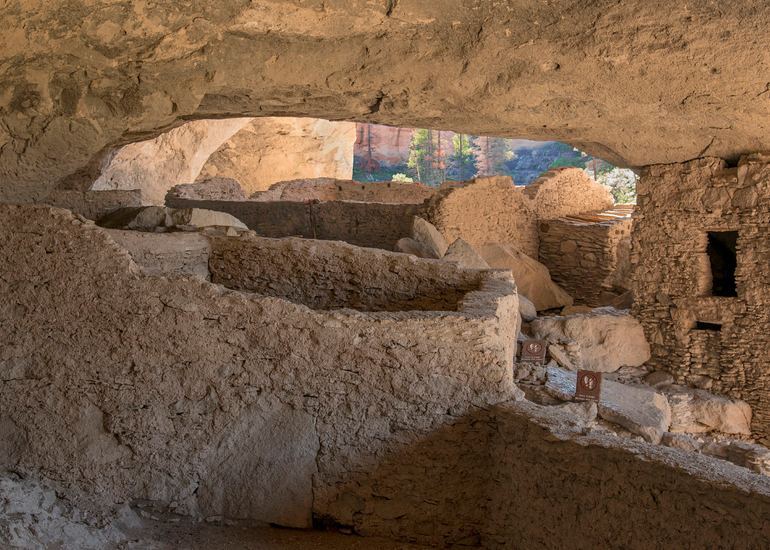 Located in the South Western area of the state is the Gila Cliff Dwellings. From the visitor center, it is a half-mile hike to the entrance of the first dwelling. You can walk into the cave and through a section of the ruins. Gila Cliff Dwellings are located about a 40-miles trip from Silver City, New Mexico, at an elevation of 6,000 feet near the headwaters of the Gila River. Website. 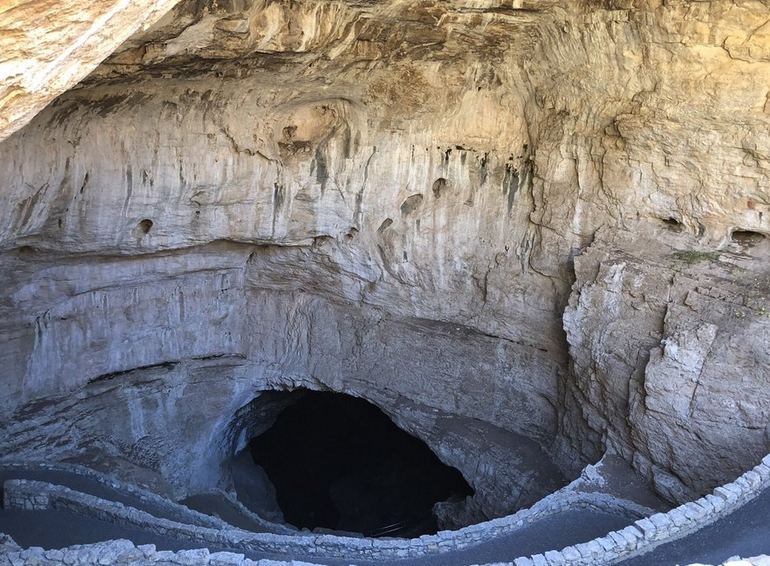 Situated 18 miles southwest of Carlsbad, New Mexico, is beautiful Carlsbad Caverns, National Park. You can either walk or take an elevator down 750 feet to the show cave from the large visitor center. Here you can follow a trail and view the many amazing formations inside the cavern. Ranger-guided tours allow you to visit areas that are not accessible on the self-guided trail. Address 3225 National Parks Highway Carlsbad, NM.